We all have strange family traditions, but however traumatizing it may be to see your uncle get drunk every Thanksgiving and wrestle with the turkey because it’s “tradition” we are certain your stories are nowhere close to these bizarre traditions that are still celebrated around the world.

So without other delays, please put on your xenophobic hats and let’s jump into the bizarre world of foreign traditions:

The Danube Race for the Cross

It’s January and somewhere around minus “damn it’s cold” degrees. Sounds like it’s time to throw a blessed cross into the icy waters of the Danube river and have teenagers swim for it. Wait what?

This tradition is just what you’d imagine: an orthodox priest throws a cross into the river, and as a hundred or more people watch; young men decide to get pneumonia by swimming in the freezing cold water. People applaud and the priest throws cold holy water over everybody, blessing them. 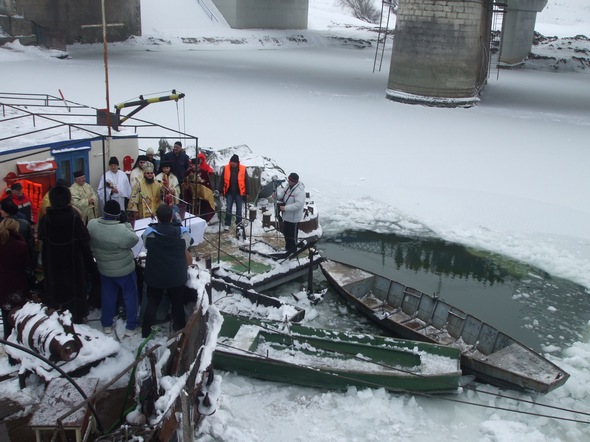 A good time for Romanians

This tradition is celebrated all along the Romanian and Serbian side of the Danube and is supported by the Orthodox Church as a celebration of the baptizing of Jesus in the Jordan River. Because throwing a cross in the half-frozen Danube and baptizing someone in the desert are somehow equal in the minds of Romanians. Probably the home-made vodka everybody drinks before the event helps make the connection between the two.

An alternative take on the tradition is that throwing the cross in the water will make the devil run over the fields and wolves will hunt him down. It’s really unclear how the two are connected and why the wolves chase the devil, but like we said before the vodka probably helps.

The best part of this tradition is the prize: If you manage to get the cross back to safety first you are guaranteed good luck for a year, luck which will hopefully cure you of hypothermia.

A lucky couple in Germany is ready to get married tomorrow, sounds like it’s time to go over to their house and break every piece of pottery we can find, then laugh at the couple trying to clean the mess. Wait what?

The above video displays a group of cheerful Germans breaking plates on a wall, to the sound of dramatic plate-breaking music. Although the video doesn’t show this, apparently the couple to be wed must clean the mess made by their so-called friends before midnight. All this time the friends try their best to prevent the couple from making their front yard look less like a garbage dump.

It turns out that breaking plates is a popular pass-time activity in many places including Poland and Greece. Generations of Europeans are convinced that breaking grandpa’s chamber pot will bring you great fortune and good luck. But what makes the German tradition stand out is the fact that it’s your friends who break pottery in front of your house the night before your wedding, expecting you to clean the whole mess and provide food and drink. And somehow this is equated to having fun. Your browser may not support display of this image.

One explanation might be that, according to Wikipedia, the ones who take part in this event are those people not invited to the wedding. Such as Uncle Pat, the one who gets drunk every thanksgiving the, and not having him at your weeding might be worth the night of hassle and broken plates. 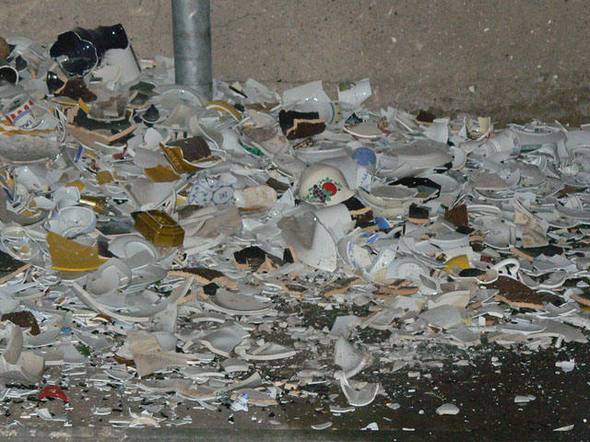 It’s Columbus day weekend, which means that it’s time to hoist your wife on your back and start running like nobody’s business. Wait what? 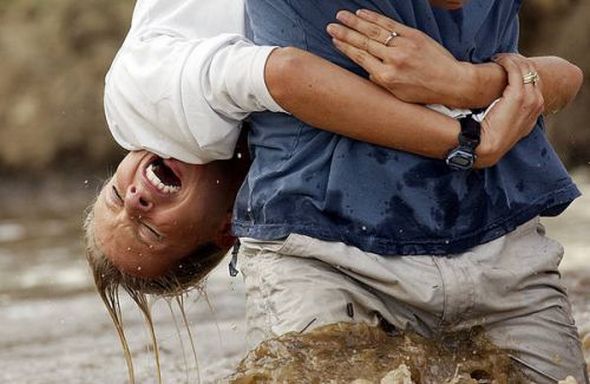 Wife carrying is a contest that started out in Finland, some say as a joke. However, there are historical records showing that this game was practiced every year since at least the 1800’s. Theoretically it’s celebrating a famous kidnapping of women by Viking men who then married them.

Nowadays the contest is taken very seriously with several styles of carrying your wife approved and official judges preparing the course track. Even more impressing the games are popular in several countries, including the U.S. where they take place every year in Maine and the prize is the woman’s weight in beer.