A person’s will is a very important document. It lets the world know what to do with their possessions, and in some cases it can go a long way until one determines how someone would like to be remembered after they’re gone. As the following examples indicate, it seems like some people just want to be known for being extremely weird.

Millar was a Canadian lawyer and investor who died in 1926. He was known for having a good sense of humor and a love for practical jokes, and his will reflects this. It contained all sorts of strange and funny requests, such as leaving a vacation house in Jamaica in the joint custody of three people that he knew hated each other. But Millar’s will is most famous for the final clause, where he stated that the cash value of his very large estate would be given to the woman who gave birth to the most children in a span of ten years.

This set off the so called Great Stork Derby, where numerous women from Toronto, apparently with nothing better to do, tried to win the prize. The Supreme Court tried to have the whole thing struck down, but Millar, with his law experience, had made the contest pretty much bullet-proof. Four women eventually split the title, taking home $125,000 each. And all they had to do was give birth to and raise nine children! 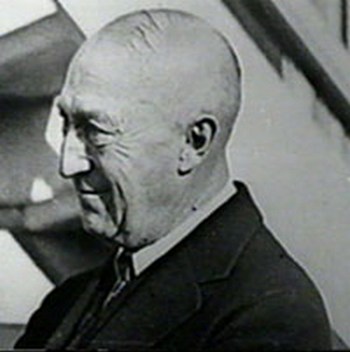 Bentham is already famous for being an extremely influential philosopher and for playing an important part in the creation of University College London, but his will gave him no small claim to fame either. Dyeing in 1832, Bentham’s final wish was for his body to be dissected in public as a part of a lecture on anatomy. OK, that’s pretty strange, but really he just donated his body to science. But that wasn’t all, after that was done he wanted his skeleton and head to be preserved and stored in a display cabinet. Yeah, he was weird.

The so called “Auto-icon” was built by stuffing the skeleton with hay and dressing it in Bentham’s clothes. It was originally kept by one of his close friends (really, what says friendship better than keeping your dead buddy’s body preserved in your house?) but it eventually came into the ownership of University College London. It’s on public display, although with a wax head because the real one is under lock and key after being the subject of numerous and without doubt some very strange students’ pranks. They even took Bentham’s body out to “participate” in key staff meetings. It seems that nothing adds to staff morale like forcing everyone to sit next to a skeleton for a couple of hours. People tend to leave most of their belongings to family members when they die, but there are exceptions to this rule, of course. Sometimes the family members don’t get along well, or there is something about their way of life that isn’t approved of. That’s why T.M. Zink’s wife and daughter were pretty much left out of Zink’s 1930 will: they had an unfortunate and undesirable characteristic, as Mr Zink saw it. Specifically, they were women.

Yes, it appears T.M. Zink, despite marrying and fathering a daughter, was a misogynist. He bequeathed his daughter five bucks and his wife absolutely nothing, which left tens of thousands of dollars to be put into a trust fund. There, it would sit for 75 years before the wealth, that had accumulated, would be used to create the Zink Womanless Library. No books by women would be allowed to grace its shelves, no art by women on the walls, and no furniture by women for men to sit on. It was even going to have a “No Women Admitted” sign on the front door, so it was sort of a combination higher learning centre and juvenile tree house. But it was not to be, as Zink’s daughter began a legal battle. The court realised Zink’s idea was irrational and the money was given to her. We don’t know what happened next, but it would have been nice if she had used it to build the T.M. Zink Can Suck It Library.