When we are kids, we often imagine ourselves living in some magnificent, albeit ridiculous places. Castles, moon bases, hobbit holes, submarines, and the list goes on and on. Of course as we grow up we realize that living in a hobbit hole or a moon base might not be as awesome as we once imagined. Oh, who am I kidding? Living in those places would absolutely rock each and every one of our faces off. We just don’t have the balls (or often, the money) to actually try to live in some absurd looking house, so we settle for normal apartments, condos or refrigerator boxes under bridges. Well, most of us don’t, anyway. Apparently for others, it’s a lot more difficult to let go of those dreams from childhood, and here’s proof…

Unless your name is Fred Flintstone, odds are you probably never really considered the idea of living in a cave. And hell, even old Fred didn’t live in a cave; he lived in a pile of rocks stacked precariously on top of each other, ready to collapse and wipe out his entire cartoon family at any moment. But I’m guessing your name isn’t Fred Flintstone, which means that’s all pretty much irrelevant. Just like the idea of living in a cave. 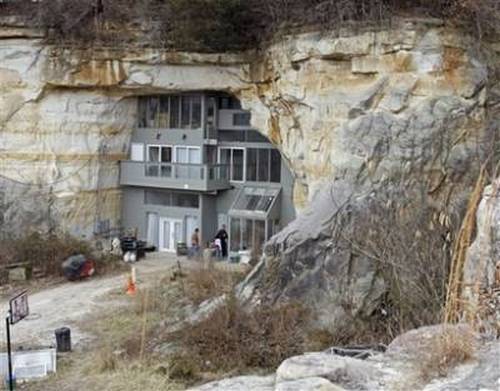 But believe it or not, cave dwellings aren’t just for missing links or super villains. Nope, cave houses are for people like you and me. Well, if you have $1.9 million dollars to drop on one of these bizarre abodes, anyway. That’s roughly the asking price for a cave house that you can actually buy in Arizona, which is actually a pretty damn cool place. From the outside it doesn’t look like much, probably because it’s, ya know, a cave in the side of a mountain. But with three bedrooms and 37 acres, it’s the perfect staging area for covert missions against GI Joe.

Or hey, let’s say you’re a super villain with the need for a new place to crash but the cave house just doesn’t do it for you. Also, you need missile launching capabilities along with the means to withstand a large attack from the aforementioned Real American Heroes. What do you do? You buy an old missile silo or bomb shelter, of course. A little amazingly, the US government actually sells decommissioned missile silos to any old schmuck willing to fork over enough dough, and these people, in turn, make them into cool but creepy living quarters. 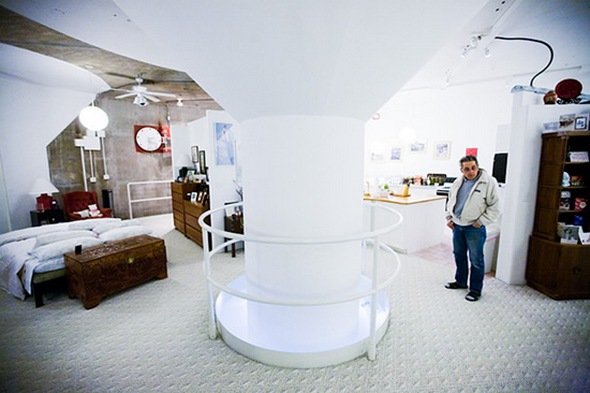 For a couple million dollars you too can own your own house which formerly had the capability to launch a nuclear attack on the Soviet Union. Or, if you’re a Yankee fan, Boston. Additionally, you can always hope that there’s still a little residual radiation left over from those old warheads, which could potentially turn you or your offspring into superheroes, fighting the good fight against those villains in the cave house.

Stop me if you’ve heard this one before: there was an old lady who lived in a shoe. The old children’s rhyme always seemed a little preposterous, didn’t it? How could an old lady live in a shoe? Particularly when she had so many rugrats running around? Does a shoe have plumbing? Electricity? More than a square foot of living space? 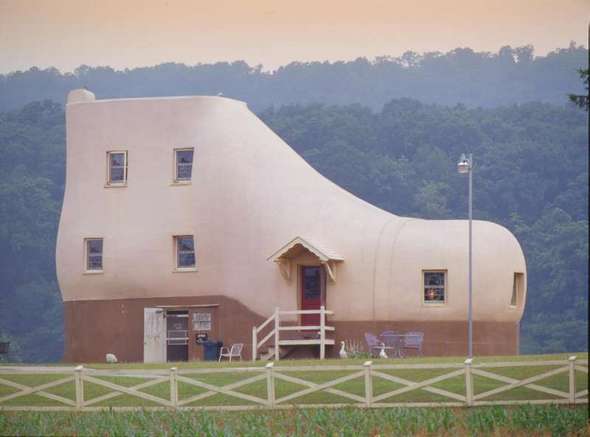 If you’ve ever wondered any of these things, you should probably seek help because, hey man, it’s just a kid’s rhyme. But if that’s not enough to satisfy you, you can always go buy yourself your very own shoe house, of which there are a surprisingly high number around the world. The best part is that they range in style from shoes to boots to…well, that’s pretty much it, but to an extent you can actually, finally, have a house that matches your outfit.