A lot of musicians have a reputation for being weird because it’s simply a part of rock and roll culture. Some just do it as an act of showmanship, while others are genuinely bizarre people. Either way, you need to go the extra mile to stand out as a weird musician, and here’s a list of six that accomplished that dubious feat.

GG Allin wasn’t very good at making music. In fact, most of his music is just awful. So how do you become a famous musician without drawing attention to the fact that you albums sound like a guitar being forced through a wood chipper? GG Allin’s answer was to try to be the most offensive “artist” he possibly could be. His lyrics were racist and full of misogyny, but it was his live performances that made him stand out in the most horrific way possible.

He liked to perform naked, and would urinate and defecate on stage and on his audience…when he wasn’t busy attacking them. Basically, anyone who attended one of Allin’s concerts was pissed on both figuratively, by having to listen to his terrible music, and literally, by his urine.

Allin died in 1993 of a heroin overdose and had one hell of a funeral. His unwashed corpse had whiskey and drugs stuffed down its mouth, and basically, complete chaos broke out. To this day he remains a controversial figure. To some, he’s a punk rock icon, while to others he was just an untalented moron. Either way, he was incredibly bizarre.

Buckethead’s weirdness is more of a performance gimmick than anything else, but the man takes it to such extremes that you have to admire his tenacity. As his name implies he performs with a bucket on his head, specifically a KFC bucket and hopefully it’s one that’s been washed. He claims to have been raised by chickens, and during his concerts, he protests the worldwide consumption of those delicious animals. Again, it’s a gimmick, but one that’s so baffling you have to wonder just what it’s supposed to accomplish.

It’s not like he needs extra attention, because he’s already an incredibly talented guitarist with a dedicated cult following. He’s also produced an insane amount of music. Twenty-eight albums, including four just this year. And that’s not counting the dozens of other bands he’s worked with. He’s one of the most prolific guitarists of our time, and he’s done it all while wearing a stupid bucket on his head. 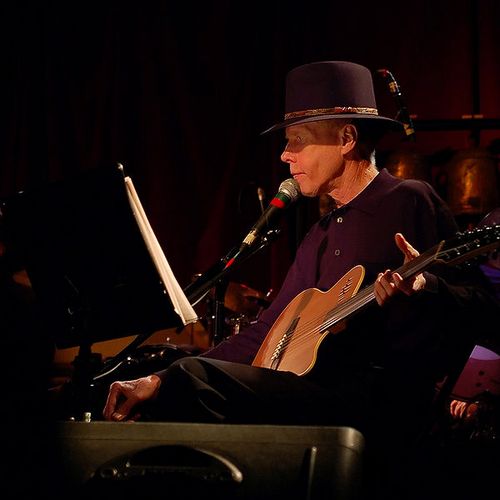 Jandek is a complete musical enigma. He’s had over fifty albums, mostly weird, atonal blues and folk style music, but almost nothing is known about the man. He started releasing music in 1978, but only first started to tour in 2004. Before then people weren’t even sure what he looked like and it took fans years to figure out what his real name was. He’s only given a pair of interviews in his entire career, and he didn’t have much to say in either of them. His personal history is pretty much entirely unknown, an impressive enough feat back in the 70s but a status almost impossible to maintain today. And yet the man still accomplishes it.

His fans have come up with some pretty wild theories about his life, and the music press, anxious to get a good story, has tried hard to learn more about him. Ironically, this attention has given him far more fame than he likely would have achieved from releasing his music conventionally. Some big-name bands have come out as fans of his bizarre music, giving him further fame. In fact, his music career has gone pretty damn well considering his weird approach to releasing his equally weird work. 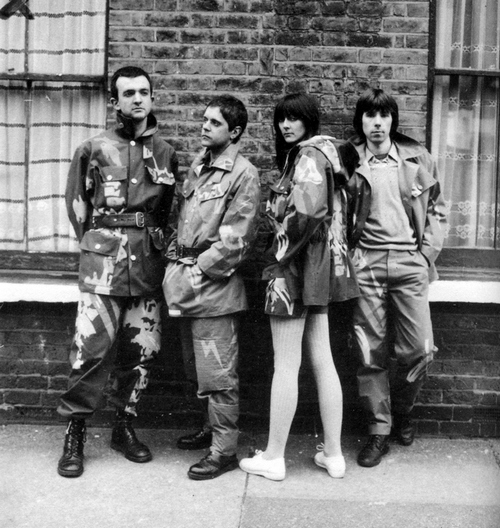 Throbbing Gristle is an experimental industrial music band based in England. In addition to having one of the most disgusting band names of all time, they’ve pretty much admitted to being terrible at playing their own instruments. Their improvising style means that no song ever sounds quite the same twice, and half the time they don’t even seem to think that their music should be enjoyable.

Strange style aside, it’s their live performances that they’re most infamous for. Thankfully they aren’t running around naked on stage and defecting on people like GG Allin, but they do have a tendency to use disturbing imagery while their music played. The music itself sounded very different from their album recordings, and played alongside it were videos and slideshows.

Sometimes these images were harmless enough, and other times they played pornography, which made their concerts very awesome very quickly. Unfortunately, you were just as likely to see pictures of death and decay, which both killed the mood of the concert and, unless you’re a very strange person, your erection.

The Shaggs (named after a hairstyle of the late 60s, not because of how easy they were to score with) were a quartet of American sisters who formed a band under very strange circumstances. Their father had his palm read by his mother when he was a boy, and she made three predictions. The first two came true, and the third one was that his daughters would form a pop music band. Apparently not fully understanding what a prophecy was, the man decided to speed things along by pulling his daughters out of school, bought them instruments and lessons, and essentially said “form a band or I’m kicking you out of the house.”

And form a band they did, and despite being forced into it the four girls more or less enjoyed their musical slavery. For amateurs they were alright, but they hardly had what it took to become pop icons. Their first album attracted almost no attention, and after their father died the girls made a break for freedom and moved on with their lives. But then in 1980 their album was rediscovered, and they became moderately famous. OK, most critics panned it, but they did admire their effort and “innovation.” They even played a couple of concerts, and they’re actually considered groundbreakers for outsider music. In fact, Kurt Cobain and Frank Zappa have cited their album as a major influence. Not bad for some girls who were forced into a band by their superstitious father. 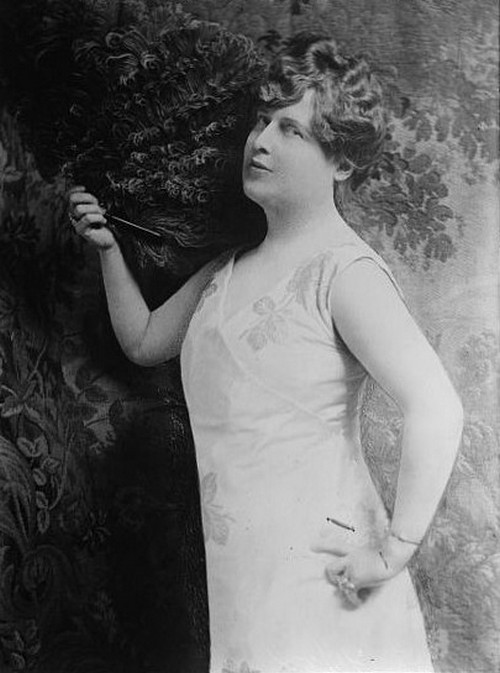 The musicians on the list so far, despite their strangeness, all became famous primarily due to their musical talents, or at least their honest attempts. OK, probably not Allin, but even he knew how to sort of play the guitar, at least a little bit, maybe. Jenkins, however, became famous not because of her talent, but due to her complete and utter lack of it.

Jenkins was a soprano (that term is being used generously) who wanted nothing more than to become a famous singer. Her wealthy father could have easily afforded to pay for childhood lessons, but being a prophetic man basically told her “screw that, you’re absolutely awful.” Jenkins got the last out of tune laugh though, because when her dad died she inherited enough money to live comfortably and pursue her opera career.

She was bad; like, really, really, painfully bad. She had no sense of pitch or rhythm and could barely sing just a single proper note. Singers like these are common, so why am I bothering to bring her up? Because she became incredibly famous. People loved listening to her because she was so mind-bogglingly awful.

To make matters worse/funnier, she thought she was brilliant and believed that her many, many critics were just jealous of her skills. Her concerts featured her fans breaking out into fits of laughter at how terrible she was, but she kept singing and singing regardless. Hell, she even played Carnegie Hall…and sold it out weeks in advance. Jenkins’ story may be incredibly weird, but you do have to admire her refusal to accept the truth.

Do you Love Bad Bunny’s Music Style? Here are a few Similar Artists to Listen to in 2023