Home History 6 Weird Monuments From Around the World

Monuments exist as a testament to the greatness/significance of whatever event or person they are commemorating. Because while human memory might fail and books might deteriorate, solid granite or marble will survive for centuries to tell tales of all the important things past. The following monuments however are nothing like that and seem to exist solely for the sake of being weird.

When you travel abroad it’s only natural to want to bring back some souvenirs with you, like a snow globe or a keychain perhaps? But if you were a 16th century Japanese warrior in Korea, away from your country fighting a bloody war, you wouldn’t care about such trifle things. Snow globes that is. You still would want some souvenirs of course, like maybe Korean noses and ears to show off to the family. 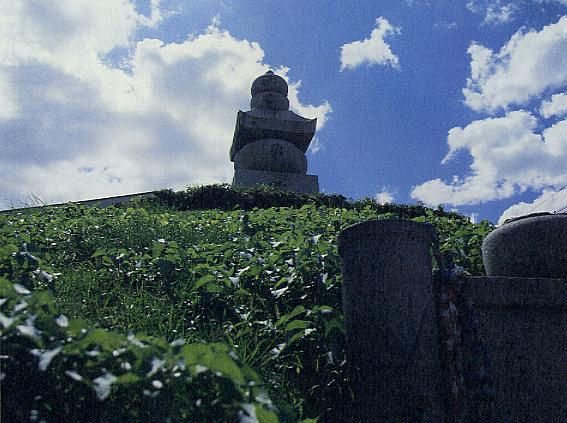 A few centuries ago, facial body parts were a popular war trophy in Japan, and during one of the country’s many invasions of the Asian mainland (from 1592 to 1598) the samurai gathered ears and noses from over 38,000 killed Koreans and enshrined them in Kyoto for reasons most likely connected with their rampaging insanity. Today that is Mimizuka – literally translating to “Ear Mound” – a monument commemorating Japan’s invasion of Korea, built around a piece of dirt covering a bunch of ears from murdered foreign civilians.

Didn’t these guys ever see “Poltergeist”? Nothing good will come out of this…

Every monument is a statement. It might be something about equality and freedom, as represented by, say, the Statue of Liberty, or it could be a statement of the country’s weird ear fetish, like with Mimizuka. Whatever the case may be, it’s always a good idea to display your monument openly, so your message can reach the most people. 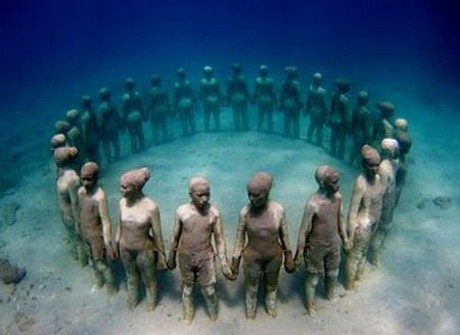 Sculptor Jason de Caires Taylor however had a different idea about this and set himself up as the world’s first underwater artist. His works can be found at the bottom of Moliniere Bay in Grenada, consisting of dozens of statues built on land and submerged in the area on May 2006. Taylor’s underwater monuments supposedly highlight ecological processes and themselves act as an artificial reef for the local marine life.

The statues are located in the shallow parts of the Moliniere Bay and are easily accessible to scuba divers, people with glass bottom boats and mermaids. 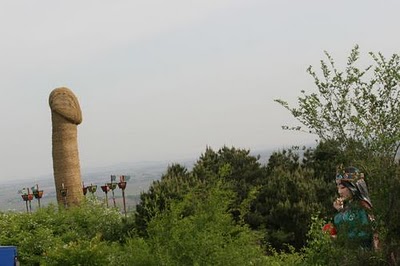 Who would have thought that the world’s largest penis would come from China of all places? Well it does, and it measures a walloping 30 feet in erect form, standing proudly in the middle of Longwan Shaman Amusement Park, in Changchun. 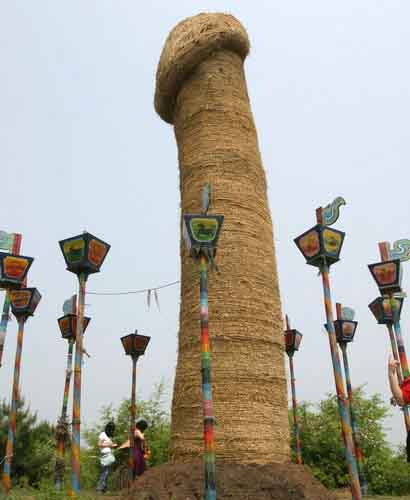 Before you get any ideas, this is a penis monument we’re talking about here. The Chinese, in the most obvious case of overcompensating for something, actually built a massive steel and straw penis totem, named The Sky Pillar, in memory of the shaman Ewenki, an important figure in Chinese shamanistic mysticism. The Sky Pillar is supposedly symbolizing the Chinese’s pursuit of happiness and prosperity, proving that the East and the West have two vastly different ideas of happiness.

A few tourists have protested the Straw Penis but the majority seemed to not mind it, even if the monument does stand in the middle of a park visited mostly by children. But hey, if the local government won’t step in to flash your children, then who will?