Artists have a reputation for being weird. Maybe it’s the price they pay for being so incredibly talented, although that doesn’t explain all those art students who sneeze on a canvas and call it their masterpiece because they don’t actually know how to paint. Either way, it takes a lot for an artist to stand out as weird in a profession that’s already viewed as offbeat. When an artist accomplishes that, it’s no coincidence; they have to be a very, very strange person. Here are six that accomplished that dubious feat.

Giger is a Swiss surrealist artist, primarily a painter but also a sculptor and designer. He’s most famous for his work on the film Alien, where he scared the hell out of an entire generation with a creepy, iconic and incredibly phallic monster that ran around a spaceship killing people with strong sexual overtones. But Giger has done so much more than create an alien that looks like a dick: he’s used dongs in paintings, sculptures, guitars, and furniture. He even designed a pair of Swiss bars, in case you’ve ever wanted to go drinking in a cold, steel, hyper-sexualized nightmare. 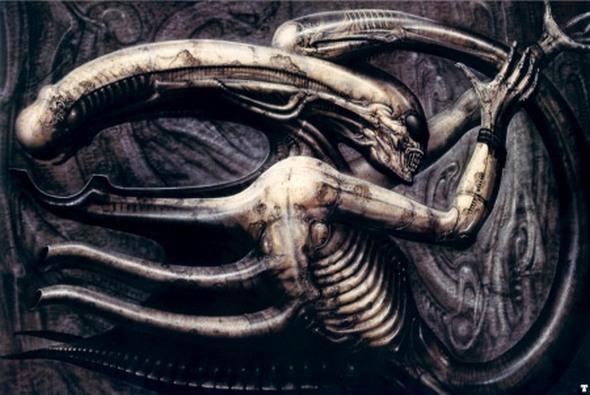 Giger’s extensive work in film has made his designs famous in pop culture, although the man himself often doesn’t get much credit for it. It’s not uncommon to see a Giger inspired tattoo, although it is uncommon to see one on a person who isn’t incredibly creepy.

He’s also been influential on science fiction, where his ideas of man merging with machines have become a popular theme. But no matter how many provocative images of dreary grey pseudo-human monstrosities he creates he’ll always be best remembered as a man who really liked to draw creepy robotic sex. 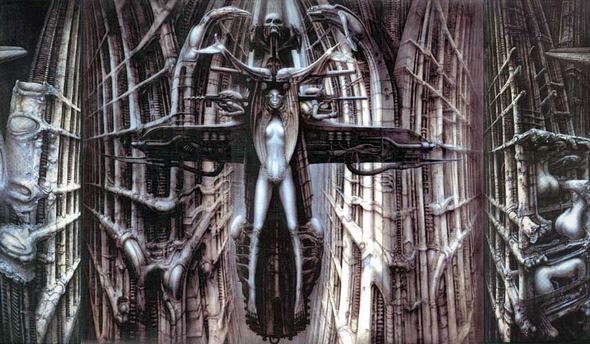 Another surrealist, Dalí is arguably the most famous artist of the 20th century. His artwork is well known and incredibly influential, but while his weird designs are memorable he’s also remembered as a cultural icon. That’s because he had a tendency to take part in unusual and extravagant behavior, which is a polite way of saying he was an attention whore.

He always dressed with a long cape and carried a walking stick, liked to talk about himself in the third person and wore the world’s most ridiculous mustache. He also had the habit of keeping the pens of fans who asked him for autographs, which just goes to show you’re never too rich and famous to not enjoy stealing from people less well off than you. Generally, he was a pretty arrogant guy who would do anything strange if it got him a little attention. 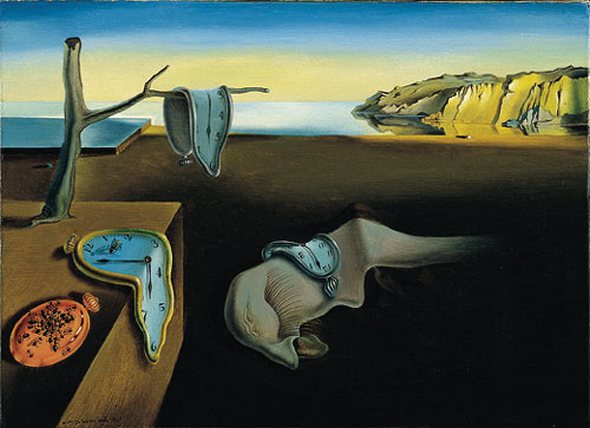 Oh, but if you can get past all that he was a really damn good painter. He produced over 1500 paintings, many of them regarded as masterpieces, and pretty much single handily kept the mainstream surrealist movement alive. And just like the man himself, much of his work is weird and baffling, full of symbolism and abstract concepts. 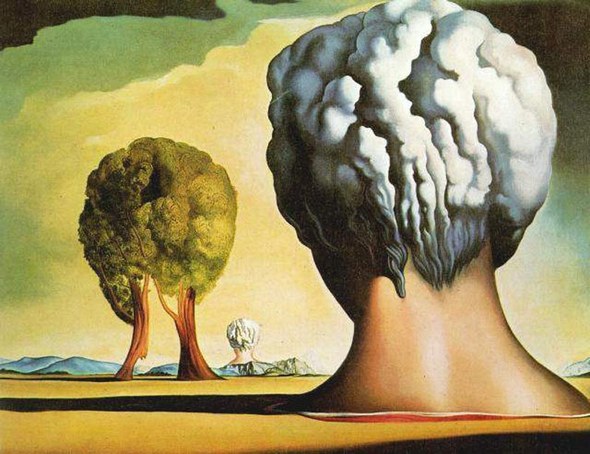 Duchamp is associated with both surrealism (are you seeing a theme?) and the dada movement. While he worked in a variety of styles, he’s most famous for his “readymade” art, which was basically a giant middle finger to the art world. Readymades are everyday objects that Duchamp came across and presented to the world as pieces of art.

Duchamp made about twenty of these, but by far the most famous example is a work called “Fountain”, which is nothing more than a urinal he purchased. When it came time to display his “creation” at an art show the board in charge of the exhibit had a fierce debate and eventually chose to hide the display from view, presumably in the washroom. 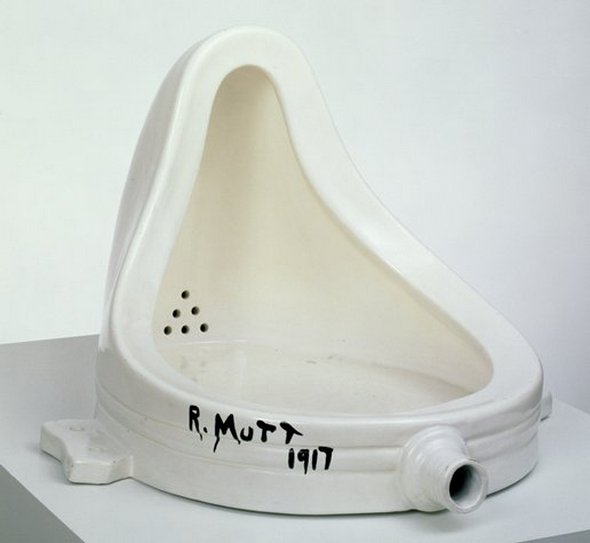 Duchamp’s goal was to challenge conventional views of art, although it’s equally possible he was just very, very lazy. Either way his work proved controversial, and a lot of people refused to accept it as art at all. Duchamp would eventually move on from the art world and focus on chess, where presumably he did nothing but copy other people’s games. But his readymades, now over eighty years old, continue to provoke discussion about just what art really is, creating one of the weirdest discussions in art history. 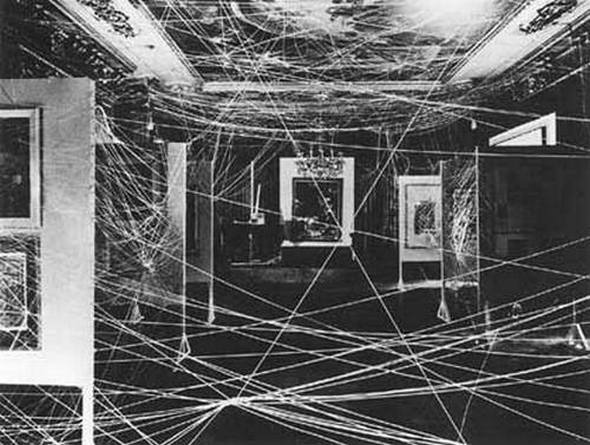