For many years, it’s been accepted by the masses that going to college is a sort of holy grail that will guarantee fortune, respect, and the chance to hook up with long-ago crushes at awkward reunions for the rest of your life. Why else would we be groomed by the education system from before we even know how to use a toilet properly to attend the best institution of higher learning that our grades and/or our parents’ connections can get us into? In recent times, however, the sterling reputation of universities has started to slide as tuition prices increase at twice the rate of general inflation and student loan default rates skyrocket.

Proponents of higher education have tried to wave aside these concerns, pointing out that (especially if you choose the right major) you can still earn much more with a bachelor’s degree than with a high school one. So it might surprise you to find out that it’s not as great as it’s cracked up to be; in fact, it can be also downright dangerous to your health and sanity. 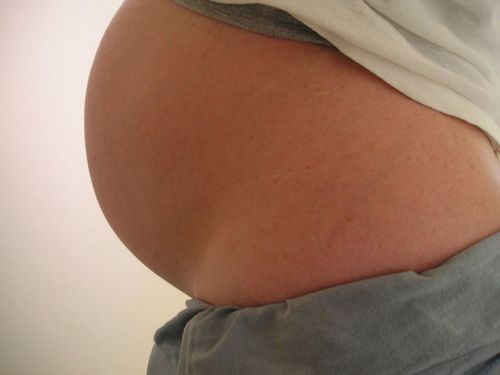 Well, this is possible in college too, but not exactly what we meant.

If you’re too busy to exercise…

When we picture college campuses, what usually comes to mind is endless fields of scantily clad, svelte co-eds enjoying themselves as people watching them sunbathe. Going to school on the East Coast? No problem; those same co-eds will just throw on some Ugg boots and consider themselves “clothed for winter.” Unfortunately, that tantalizing vision isn’t necessarily correct because weight gain during college is a very real problem. Although “freshman 15” is a bit of a stretch, it’s true that the average weight gain of 4 pounds freshman year of college is “11 times higher than the typical weight gain for 17-18 year olds.”

You might think that once you get away from dorm food and all-night keggers (um, we mean study parties), you’ll have no trouble shedding the pounds you gained during college. But if you can’t get into an exercise regimen when you’re taking ten credits a semester surrounded by intramural clubs practically begging you to join, how do you expect to do so when you’re stuck at your 9-5 desk job, or curled up on your couch drowning your unemployment sorrows in Doritos and cheap beer? Pounds have an unfortunate habit of multiplying unchecked; unlike dollars, which tend to disappear all too conveniently when you need them most. 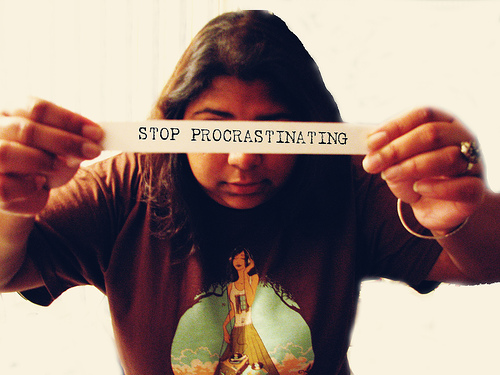 If only it were that easy…

If you’re a procrastinator…

College is the perfect environment for fostering procrastination, with its self-directed environment and unlimited potential to distract. Sources say that as many as 95% of college students procrastinate when they have academic tasks to complete.

The effects of procrastination and perfectionism go way beyond just getting a bad grade on your paper about Gender Issues in Modern Day Video Games. Playing too much online solitaire and getting drunk instead of doing your homework can also disrupt your eating, sleeping and exercise schedules, pretty much throwing off all the things that keep you healthy and balanced. These twin terrors also leave you with little to show for your years spent pursuing that elusive diploma, and creating life-long habits that will trip you up every time you try to set and achieve goals. 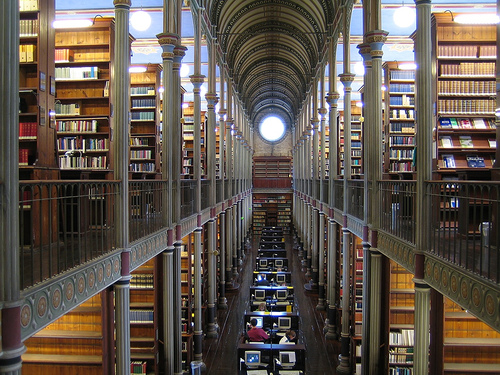 Meh, too much work. I’m sure Wikipedia will do just fine.

If you’re a slacker…

Grade inflation is kind of a tricky thing to talk about, because grades are highly subjective. How do you grade a class when there’s one genius and fifty students who are perfectly capable, just not ridiculously bright? And when students fail to learn, is it their fault, or the teacher’s? It’s difficult to answer these questions. But it’s safe to say that some institutions do allow students to get away with not performing as well as they could. After all, what high-caliber institution wants to admit that a randomly selected bunch of monkeys would perform better on a physics or math test than its students?

Unfortunately, most employers don’t care that much what kind of grades you got. Sucks for all those kids hiding away in the library on Friday nights, right? Not exactly. Employers do care that you have the skills required to get your assigned job done. And if your teachers gave you passing grades just so you wouldn’t be a black mark on their reputations, chances are you never learned those skills. Not only that, but being told you’re good at something when actually not will give you an inflated sense of your own potential. As a side note, the reason no one calls you back for a second date is because your mom didn’t yell at you enough. 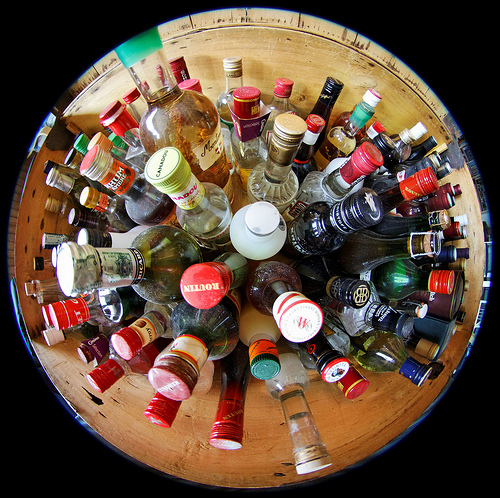 So much booze, so little time.

If you’re a partier…

Why would colleges even have to inflate grades? Aren’t students showing up to every class and working their butts off, especially given how much they’re paying for the opportunity? Well, that’s where alcohol comes in. With 25% of students reporting that alcohol affects their performance, and many students initiating “heavy drinking during… early days of college,” which are important for school success, it’s easy to see how alcohol can throw you off your game. However, the effects are even more far-reaching than you might think.

There are tons of statistics that show how drinking too much alcohol can have a negative effect on your life. If you’ve never appreciated the way that your pancreas effortlessly provides your body with necessary hormones, you will after you have to have it removed, along with your liver, colon, kidneys, and other vital organs that can get cancer if you overindulge. 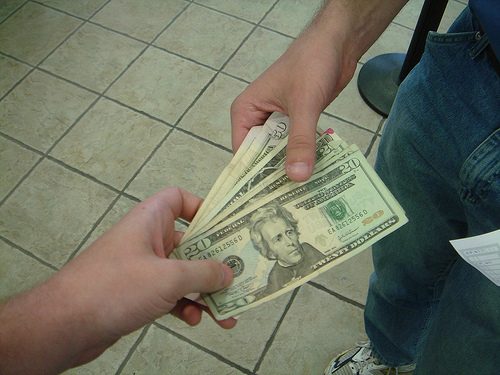 If you have any more, we’ll take that as well, thanks.

If you don’t have a trust fund…

Student loans for graduating seniors average about $23,000 nowadays, and max out at as much as $250,000 or more. That’s a huge chunk of change to all but the wealthiest of students (who most likely won’t have to take out loans anyway). If you walked up to a car dealer or a realtor and said that you had no assets and no income and still wanted to make a purchase, they’d laugh in your face. But, like sketchy guys in unmarked vans handing out candy, purveyors of student loans are willing to lend an almost limitless sum of money to people with no guaranteed prospects for paying it off.

If you do manage to get a decent-paying job after college, student loan debt might not seem like that big of a deal. Unless the payments are too large to allow you to pay for necessities like food and housing, or unless you suffer a calamity like a medical disaster and have to file for bankruptcy. That’s when the nightmare begins, because student loans can’t be discharged in bankruptcy like other types of loans. And having tons of debt isn’t just bad for your credit score; it can also lead to, among other things, divorce and even suicide.

Oh, and about that job you were hoping to get to pay off your loans… it probably doesn’t exist. 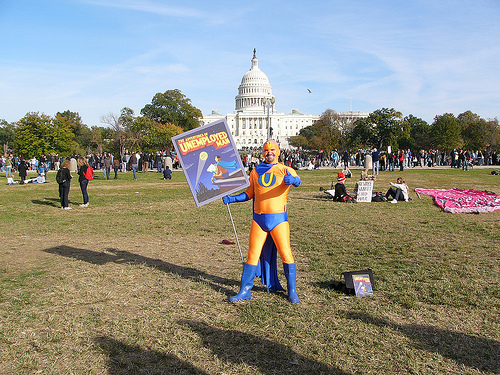 Just think, with a quarter of a million dollars and four years of hard work, this can be you!

If you were hoping to be self sufficient…

Right now you’re thinking to yourself, “There must be some decent jobs for college grads! Do they know how hard I worked on my senior thesis teaching grasshoppers how to do karate kicks?” Sure, there are willing employers out there. But most of them don’t want you, the green college grad who is used to skipping classes and sleeping in until noon.

That nice, festering chunk of loans we just discussed isn’t going to pay itself off. A job at McDonalds probably isn’t going to pay it off, either. Furthermore, an article on the Wall Street Journal states that “a college degree is often necessary, but not sufficient, to get a paycheck that beats inflation.” Another source says that they’re “seeing shocking numbers of people with undergraduates degrees who can’t get work.”

All you wanted was to make a better life for yourself. Well, you know what they say about good intentions… Written by Emma Larkins – Copyrighted © www.weirdworm.com Image Sources