There are two types of people on this planet (and off of it, we suppose, if we include spacefarers in this statement): those who play StarCraft II online, and those who are sadly misinformed about all things cool. We feel bad for them, but we understand that not everyone can be as awesome as people who play The Game. Not everyone is good at multitasking, sending their forces off to do battle while rapidly developing an ever-changing, overarching, game-winning strategy, building units, and calling your opponent a noob. That’s just the way the world works.

If you’ve played even a little bit of StarCraft II online with random teams, then you know that all players are not created equal. Here is a little rundown for the uninitiated, and an entertaining and enlightening refresher for those of you who aren’t completely in the dark. 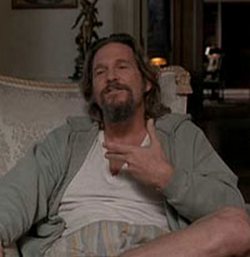 You may never know if you are, in fact, playing with the Dude.

Luckily, a good proportion of people playing StarCraft II online fall into this category (or at least pretend to, in order to not completely alienate every one of their allies).

There’s not much to be said about the chill one. He’ll say hello to you at the start of the game, might discuss strategy a bit now and then, and whether your team wins or loses, he’ll have a good time. He might even message you afterwards if you had a particularly epic win.

In fact, the main distinguishing aspect of this type is that he will not, at any point, flip out at you. Because people, no matter how much you play, no matter how much of your self worth is tied up in the little pixels moving around on your monitor, you need to realize that it’s just a game. 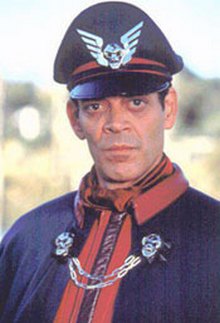 Just as domineering as M. Bison, and just as utterly clueless.

Every once in a while, you’ll end up with a player who thinks that he is God’s gift to the game of StarCraft II. This is all well and good if he’s one of the top 100 players of all time, but more likely than not you’ll find this type of player right on the border of the Silver and Bronze leagues.

Right from the beginning, he’ll have a strategy in mind, and he won’t flinch a bit at telling you what it is, and telling you about your assigned part in the strategy. He’s like a director who has just taken control of a play, except it’s not actually a play, it’s doubles tennis, and he’s telling you where to stand, when to hit, and when to back off and let him take over.

That’s right; the pinnacle of the Commander type is the guy who actually DEMANDS you hand control of your units over to him, because you obviously suck so very badly. In doing so, he completely ignores the fact that you can’t be that much worse than him, or else you wouldn’t have been matched together in the first place. Why he doesn’t just play 1v1 or Free For All, no one will ever know.

The Silent Flip Out 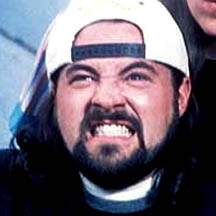 Silence, followed by a rage known only to madmen and frustrated 10 year olds.

This type of player may or may not be friendly to you in the very beginning, but definitely won’t hold any sort of running conversation with you. He’s like the opposite of the commander; he won’t give you any sort of suggestion or direction, and won’t tell you what he plans on doing.

Which makes it all the more overwhelming when, as the tides turn and your team starts to lose, a veritable stream of vitriolic filth will burst forth from his keys. He’ll call you every name in the book to your face, and even chat with your opponents about how much you suck, and about how much better he’d do if he didn’t have you on his team, etc. He’ll completely fail to remember the two hundred marines he sent straight towards a line of sieged enemy tanks, or the banshees he forgot to cloak. There’s not much you can do at this point, except quit and let him have his little pity-party. And take pleasure in the fact that he’ll probably never know true trust or love.