Isn’t it great when that holiday comes around once a year where people step out of their normal clothing routines, allowing you to completely judge a person’s hidden character by what he or she is wearing? No, we’re not talking about reindeer sweaters at Christmas or sports jerseys during football season; we’re talking about Halloween costumes. Halloween is the one time when people can mask themselves in their greatest fears and desires without (much) repercussion. It’s such a great release; we’re surprised that someone hasn’t found a way to make multiple Halloweens throughout the year.

People get away with dressing like pretty much anything for Halloween. Although probably no one is going to say anything about you to your face, this is what they’re thinking when you wear…

You’d be surprised about the types of things the Halloween industry has chosen to sexify: you can be a sexy nurse, a sexy police officer, a sexy Dorothy from The Wizard of Oz, even a sexy Pokemon.

If you’ve been in the women’s section of a Halloween costume store lately, you know exactly what we’re talking about here. It almost seems like it would be easier to analyze women who didn’t dress sexy for Halloween. There’s no such thing as “regular nurse” (complete with Care Bear themed scrubs and stains from that spilled bed pan) or “regular female police officer” (complete with functioning taser and permanent scowl). No, according to the Halloween powers-that-be, you only are allowed to be a sexy version of these professions.

Nonetheless, we are here to analyze Halloween costumes, so here goes. Any woman who actually squeezes into one of these polyester nightmares is either really, really hot or really, really delusional. They rarely every look good on anyone outside of the product packaging – in fact, we believe that the costume on the model in the picture isn’t actually the same as the one in the box, but instead a high-quality replica. You might think that buying a sexy Halloween costume will get you lots of positive male attention; it won’t. The best you’ll get is looks from creepy guys and nonsensical drunken come-ons like “Hey nurse! How about you nurse my package… I mean, deliver my package… to the hospital… like, in an ambulance or something.”

There are, of course, male versions of the sexy Halloween costume. Wearing one of these pretty much means that you are gay. Nothing wrong with that, but just thought that you should know. 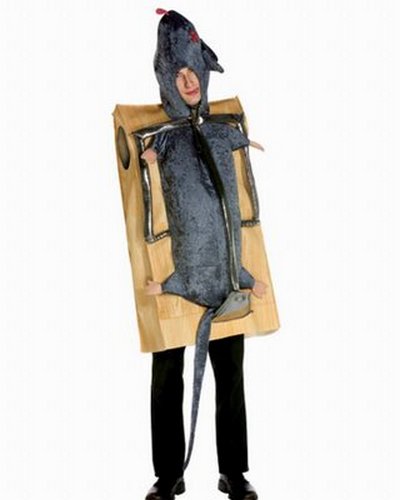 Believe us when we say this was the MOST appropriate humorous costume image available.

This kind of Halloween costume is often worn by people who are either very confident, or believe they won’t look good no matter what they do, so they might as well look entertaining.

The thing is, these costumes just aren’t ever funny in real life. We’re talking about things like the guy dressed as a sumo wrestler, or the pregnant woman dressed like an oven (with a bun over her belly, get it? Haha!) They just usually end up being a pain to wear, uncomfortable to drag around if you’re trick-or-treating or way too hot if you’re at a party. Expect the people wearing these costumes to think they are very funny. Trust us, they won’t be.

The worst offenders in this category are the humorous costumes marketed towards males that are actually plays-on-words for a certain part of the male anatomy. (Hopefully) all of your friends already know that you’re a guy. If you have to call it out with a snake or a horse’s head or a key or something, you’re clearly compensating. And you’re also not funny. 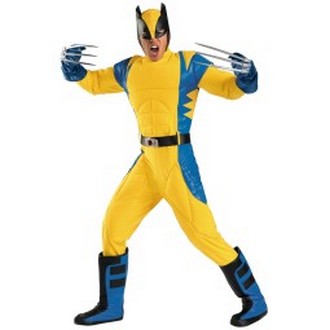 If you’re a kid, the superhero/popular television character costume is practically a must have (unless you’re poor, and then you get a homemade costume, with varying levels of success; see below). The superhero is the go-to costume, the golden standard. There might be eight Batmans at your school’s Halloween party, but at least you’re part of the in-crowd!

If you’re an adult male and you’re dressing up as a superhero, there are only two explanations: one, you’ve found something edgy and unique, and you’ve really managed to pull it off. Two, and the much more common scenario, is that you end up being really, really creepy. That is what happens when a grown man wears a Speedo and tights. For women, there is a slightly higher success rate, but you’re still much more likely to look silly than sexy.