The world is filled with amazing coincidences, from lottery winners who seem to always be lucky to countless stories of people who succeed at impossible tasks despite all odds. However, there are some coincidences that go past the average “breaking the laws of probability,” ending straight into the twilight zone. Here are some of the most mysterious and unexplainable coincidences ever recorded.

Futility, or the Wreck of the Titan

Morgan Robertson wrote a story about an “unsinkable” ocean liner named Titan fourteen years before the Titanic actually met with its unfortunate end. The ship in the book was supposedly unsinkable and the same sizes as the actual Titanic. However where the story becomes weird is the little details mentioned in the book: 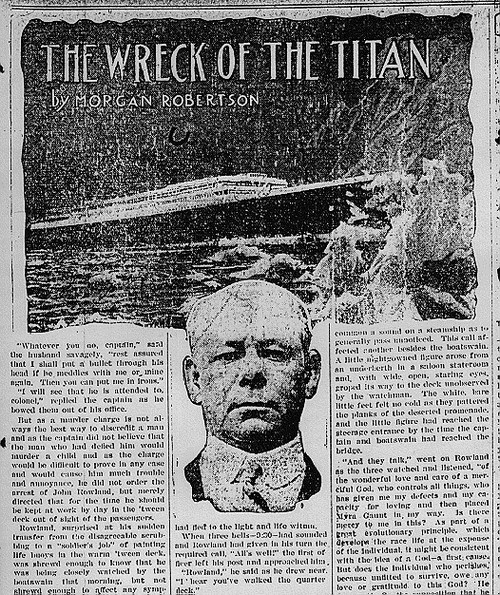 for example, just like the real Titanic, Titan sinks after hitting an iceberg at around midnight in April. Both in the book and in reality the ship meets its end 400 miles from Newfoundland while traveling at around 24 knots.

While it could be argued that if there was an iceberg in the Atlantic it would most likely be near Newfoundland, the speed of the titanic was definitely unusual, as it was travelling faster than normal in order to reach the U.S. earlier than scheduled.

Another interesting coincidence is that both ships were hit in the starboard and both the Titan and the real Titanic had too few life boats. Robertson mentions four life boats more in his story than the Titanic actually had. That’s a pretty lucky guess if you ask us.

The Sandwich that Caused the First World War

The First World War had many reasons behind it; however the official reason that started hostilities was the assassination of Frantz Ferdinand by Gavrilo Princip. What is really interesting about the story is the way the assassination happened. Gavrilo was a member of the Black Hand which was a Slavic independence organization who had killing Ferdinand as their goal. Their plan was relatively simple: just throw a grenade at Ferdinand while he was passing by as part of a parade.

However, something had gone wrong and the grenade exploded a few seconds too late, destroying the car behind Ferdinand. Normally this would have been the end of the story and the First World War would have needed another reason to start. Unfortunately Ferdinand decided to go to the local hospital to see what happened to the people in the car behind him.

For some reason the driver of the car had no idea how to navigate the city of Sarajevo and he stopped right next to a coffee house where Gavrilo Princip was eating a sandwich. Gavrilo recognized Ferdinand and shot him, thus causing one of the bloodiest wars in all of human history, all because of a sandwich. 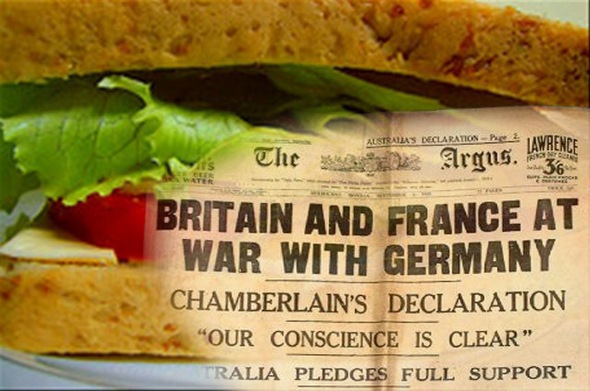 James Dean and his cursed car

James Dean, the famous American rebel, inspired hundreds of people remaining in our collective memory as the perpetual bad boy. What is really interesting and very creepy about him is the story of his death. In December of 1955 James crashed his Porsche Spyder into another car. Despite the fact that James had a passenger who flew through the windshield no one else was hurt in the accident, except Dean who died. Interesting enough the actor had made a car safety public service announcement just days earlier, warning people not to drive too fast during the holiday season.

However, where the story becomes really creepy is what happened to Dean’s car. After it was towed away from the crash site it broke a mechanic’s legs as a chain slipped. The motor was placed in another Porsche Spyder which also crashed killing the driver. The tires were bought by a New York man who apparently had an accident while driving with them. Even a driver that had the transmission from Dean’s car installed in his racing car was killed as something failed and he lost control of the automobile.

The shell of the James Dean car was placed on display in Sacramento where it broke free from the chains holding it and broke a teenager’s hip. After this it was transported to Oregon, but the truck delivering it crashed into a store and the shell was supposedly stolen.

According to another story the shell was displayed again and broke into pieces for no apparent reason. 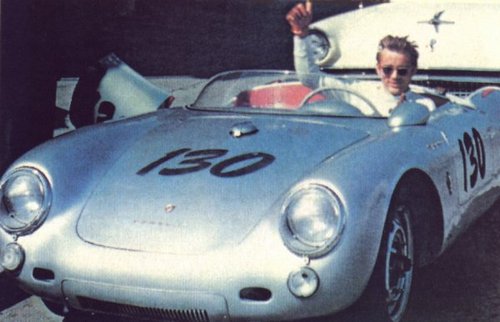