One of the world’s sad truths is that most of us are not rich and famous. We are not movie stars, we are not rock stars, and we are in all likelihood not sports stars. So, naturally, we take on the time honored tradition of living vicariously through our heroes. How do we do this? We read all sorts of gossip websites like TMZ to find out whether or not Angelina Jolie dropped a deuce today, we play Guitar Hero and pretend to be a cracked out guitarist, and we wear the jersey of our favorite basketball player while we miss every shot we take on our little Nerf hoop. And we also collect memorabilia, from autographs to, well, let’s just say some more unusual stuff…

Ty Cobb, if you’re unfamiliar, has the distinction of being one of the greatest baseball players of all time as well as one of the most colossal pricks of all time. Seriously, if ever a man not named Hitler, Stalin or Jeff Probst exemplified what it means to be a douche, it was Ty Cobb. In addition to being a Hall of Famer for the Detroit Tigers, Cobb was also one of baseball’s great racists who would often intentionally try to hurt people on the base paths.

Yet people still revere him as a ballplayer, and they search fervently for any artifacts that might have once belonged to him. And that includes his dentures. Back in 1999, 38 years after the racist old coot died, a woman named Karen Shemonsky actually shelled out $6,500 for Cobb’s false teeth. There’s no word on whether or not she sticks those teeth in her mouth, heads out for a night on the town and hurls racial slurs with no remorse. 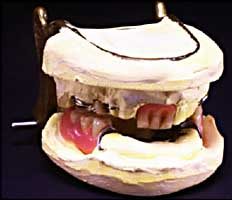 Back when he first burst onto the scene, Andre Agassi was a raw, flamboyant, larger than life personality who quickly shot up the world rankings and found himself rated as the top tennis player in the world. Agassi won eight Grand Slams in his long career, and gained fame when he married Brooke Shields and made some truly awful camera commercials.

But maybe what he was most famous for was his ridiculous hair, which was feathered up top and ended in a ponytail in the back. It was this same ponytail that sold for thousands to a sports café in Vegas, where it was quickly put on display because apparently patrons enjoy looking at some dude’s golden locks while they eat an overpriced cheeseburger. Of course, now that Agassi has admitted that his famous hair was actually a wig, I have to wonder if the café ever bothered asking for a refund. 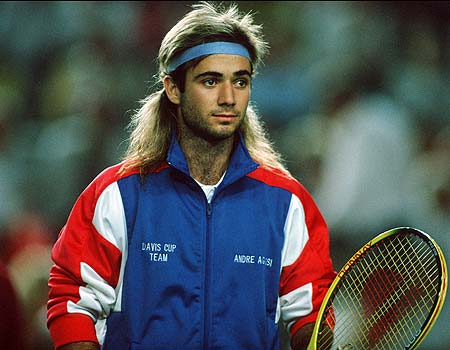 You know, in retrospect, how did we NOT realize that was fake?

For most of us, used chewing gum is any combination of a few things: tasteless, disgusting, a nuisance, and something to stick on the underside of a desk. Still, you have to hand it to the big leaguers who set a decent example for the kids out there and chew gum instead of tobacco during game, because if nothing else, used tobacco is far more disgusting than used chewing gum. But of course, big league ballplayers are like us and immediately dispose of used chewing gum, right? I mean, with all of that saliva and the potential bacteria contained within…gross.

Well, they might not be quite as quick to dispose of it when they realize that, apparently, people are willing to fork over an ass ton of money for the sticky, rubbery, flavorless, bacteria riddled gum. That’s what Luis Gonzalez learned, anyway, when someone who picked up a piece of his used chewing gum turned around and sold it for $10,000. And yes, you read that number right. The chewed piece was sold to a sports gum manufacturer, who for some reason decided that it would drum up some business. You know, most people would go with something like, oh, improving the product or maybe advertising, but to each his own. 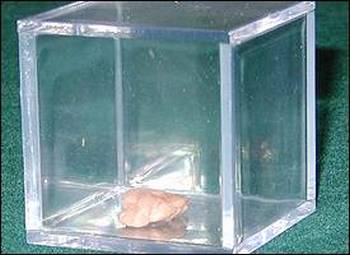