Celebrities guest-starring in comic books is pretty common fare, but it can be just as common to see a star land their own series altogether. Here’s a rundown of six of the more questionable choices for celebrity-centered comic books.

Let’s just get this out of the way right now: Marvel has given the greenlight to some pretty strange comic concepts in the past. Yet few come close to giving the leading Catholic lady the Stan Lee treatment. 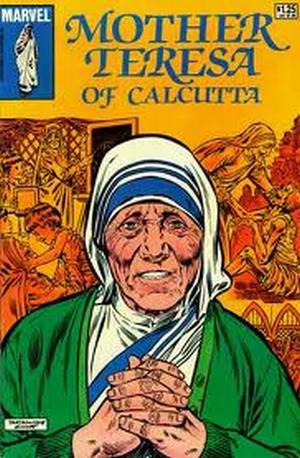 But before that there was Mother Teresa of Calcutta, a biographic one-off of everyone’s favorite nun. Now we’re not going to claim that Mother Teresa wasn’t deserving of her own comic book but if Marvel had done their research they would have known that kids were much more interested in the Incredible Hulk cracking skulls than Mother Teresa putting out fires and cleaning the ocean, or whatever the hell it was she did. Point being: if you can’t hold your own against Wolverine in a fist-fight, you’re not long for the shelves. 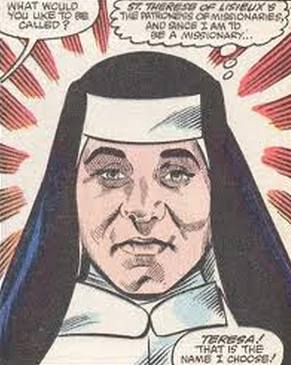 The Adventures of Bob Hope

The fine folks at Detective Comics published a one-hundred and nine issue run of the Adventures of Bob Hope, a comic starring none other than America’s favorite funnyman himself. While his adventures aren’t comparable to, say, Superman, Batman, or even Robin, his comics are notable for their photographic covers, capturing the exact moment that Bob Hope’s soul is trapped inside a magic mirror: 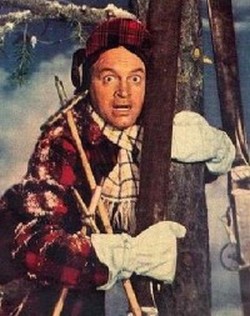 Or longing for the love of a mortal woman, as seen here: 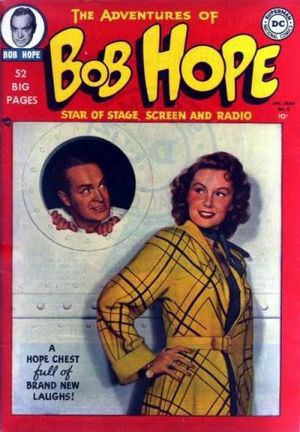 Even more bizarre than these covers is how Hope himself is depicted, suffering from sort of terrible giant jaw disorder. He may never be able to fit through the average t-shirt’s neck hole but, on the upside, he can hold down a second job as a nutcracker. 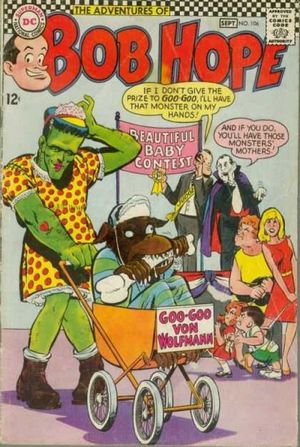 You may not consider Stephenie Meyer a celebrity but the facts are in and she has more money than God, thus making her more important than both middle and lower class citizens. To serve the insatiable appetite of Twilight fans, comic publisher Blue Water Comics released this Stephenie Meyer biography. 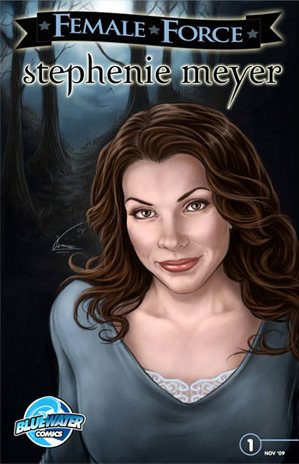 You would be pretty hard pressed to make Meyer’s life interesting to anyone and skimming through the pages of this gem makes that very apparent. The story itself is narrated by one Count Dracula, presumably because he’s run out of Transylvania countrysides to terrorize. But even the Prince of Darkness himself can’t spice up the story. What follows is the most painfully general telling of a general story possible: girl grows up believing she is different, has suspicions about being different confirmed in high-school, falls in love, gets married, and moves to Utah. There is absolutely no interesting information in the entire comic except that Dracula has enough free time on his hands to force mediocre authors to continue their day job.