Home Home 6 Skills Every Action Hero Should Have

Raise your hand if you wish that you were an action hero in a movie. Okay, we meant that figuratively (we’re not at your house watching you, we swear!), but you get the point; pretty much anyone would want to trade places with the likes of Arnold Schwarzenegger, Bruce Willis, or Chuck Norris on any given day. First off, when these guys play heroes, we know that they’re going to come out alive – or at least, on top – at the end of every movie. Second, no matter how badly they get beat up, they manage to tough it out to the end. Third, they look pretty awesome while doing it.

Thinking about all of this really got us to wondering exactly what it would take to be an action hero. There are certain skills that every action hero seems to possess, no matter how ridiculous it is for them to do so. Sometimes there’s a flimsy back story to explain how they managed to end up with these skills (being a police officer or in the Army covers pretty much everything, for example) but more often than not it’s just assumed that they can do whatever they set their minds to simply because they’re awesome like that. None of this pesky “years of training and dedication” junk.

We’re not saying that you can become an action hero simply by acquiring the following skills. We’re only hinting that if you do acquire these skills, you’ll be one step closer to the fame, fortune and babes that are any good action hero’s reward for a job well done.

As an action hero, you never know when you’ll need to go undercover or underground for a while. And if you’re going to disappear, it helps to be able to assume alternate identities.

For example, in Kindergarten Cop, John Kimball assumes the identity of a kindergarten teacher to protect the young son of a drug dealer. James Bond assumes a new identity on pretty much every assignment he undertakes – although everyone finds out who he is pretty quickly, leading us to believe that he skipped out on a few lessons during training, or else that he just doesn’t care about concealing his identity. And of course, most superheroes have an alter ego: Spiderman has Peter Parker, Superman has Clark Kent, Batman has Bruce Wayne, and Mystique has pretty much anyone she can imagine, conservation of mass be damned. 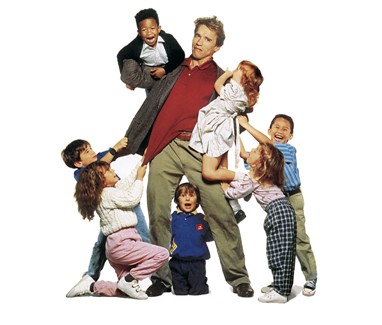 Arnie’ alter ego is ridiculous enough that we’d like to think that even kindergarteners could figure it out.

Using Every Type of Vehicle or Weapon

We get that True Lies is supposed to be something of a spoof on a spy movie. Despite that, or perhaps because of it, it’s great at pointing out the fact that often, heroes in action movies are required to have knowledge of how to use an impressive array of vehicles and weapons. Another spoof-like movie, The Fifth Element, calls attention to this necessary action hero skill when the man recruiting Bruce Willis’s character for a mission unfolds a huge list of vehicle and weapon knowledge requirements.

According to these movies, once you’ve figured out how to operate one piece of complex technology, you’ve figured them all out. In our opinion, it’s a bit like saying that someone who is a master at playing World of Warcraft can pick up computer hacking whenever he or she wants. In real life, it shouldn’t be that easy. It takes years of practice to master one weapon, let alone a whole arsenal, right?

But they’re the action heroes, not us. We guess they probably know what they’re doing. So if you want to be one of them, you better get practicing this skill right away! 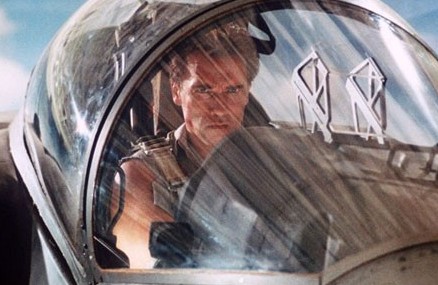 I’m Arnold Schwarzenegger. Of course I can fly a Harrier jet!

Making Awesome Things From Nothing

Nothing gets our collective hearts pumping quite like someone putting together an awesome tool or weapon with sweat, determination, and the kinds of things you might find in the shed on the back of some hermit’s property. People such as MacGyver, Tony Stark in Iron Man, and the stranded group in Flight of the Phoenix have no problem with rolling up their sleeves and, like true Americans, making do with what they have to get the job done.

Unfortunately, movies tend to gloss over some of the finer points of engineering and construction required to make things that work. We’ll give you a short list of some of the skills you’ll have to acquire to be a true mechanical-genius action hero: welding, soldering, casting in iron, hydraulics, carpentry, chemistry, aerodynamics, and nuclear fusion. Don’t forget, the sooner you start learning these skills, the sooner you’ll be kicking butt and taking names! 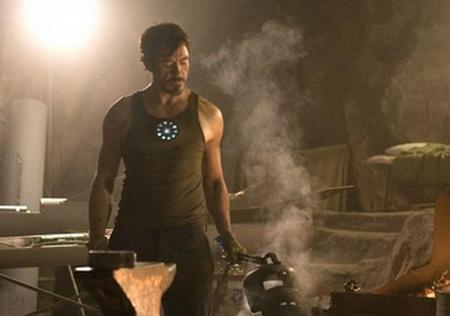 He’s mourning because he just realized he needs an Allen wrench to complete his suit, and he doesn’t have one.

The ineffable Chuck Norris in Walker, Texas Ranger is an action hero who is excellent at hand-to-hand combat. Sure, perhaps his moves aren’t as flashy as the CGI crud we’re forced to watch nowadays, but at least they’re real. After all, the “man behind the fist” is known for his skill at martial arts, even going so far as to invent his own style called Chun Kuk Do.

When it comes to hand-to-hand combat, there’s the good, the bad, and the ugly. Jackie Chan is a man who especially embodies the good, in movies like Rush Hour and Shanghai Noon. The bad can be seen in pretty much every B action movie, in which people’s punches land a foot from their opponents who promptly fly backwards ten feet through the air. And then there’s the ugly – some people will disagree, but we’re going to put Steven Seagal in this spot. We know, we know, he is actually highly accomplished in Aikido. That doesn’t stop his action movies from looking wooden, and his body from looking less like that of an action hero and more like that of Tom Arnold.

Never forget: the action hero creed states that there’s no point in mastering hand-to-hand combat unless you can look cool doing it. 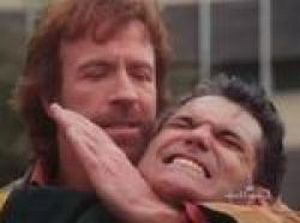 He’s just using his hand for dramatic effect. He could take the guy with his beard alone.

It’s hard enough to learn one language in addition to the one you’re born with. Believe us, we’ve tried multiple times, and every time failed miserably. They say that it gets even harder to pick up new languages as you get older. So how do action heroes manage to throw out fluent bon mots in everything from Swahili to Cantonese without batting an eyelash? How can they possibly fit in language lessons while practicing flying B52s and fencing and martial arts and physics?

We suppose they could just be good at learning languages. There are rumors flying around on the internets that some individuals have learned to speak dozens of languages; one man, Ziad Fazah, can speak 56. That is, if he actually exists. 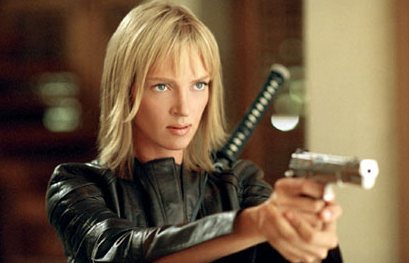 Daniel Craig as James Bond has a lot going for him. Including the fact that he’s somehow managed to fit perfecting the difficult sport of free running, aka parkour, into his busy schedule of training and seducing the ladies.

Parkour does tend to be a highly efficient way for people to navigate around urban environments. That’s why it’s so common among villains and criminals (at least, that’s what we’ve learned after watching numerous action films) and thus an important skill for any action star to master.

There are those who claim that people who partake in parkour are self-important douches, but we’re pretty sure that no one would say that to the face of either Daniel Craig or the man he’s chasing. Because if you did, you’d probably be shot. In the face, where it hurts the most. 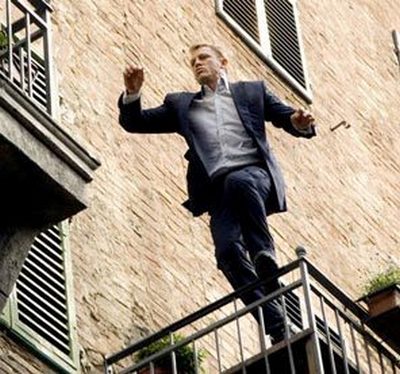 Just a little something he picked up on his off days.