When exploring a new field of science it’s almost expected that some tragedies will occur because of the very ignorance the scientific community is struggling to conquer. Although tragic, it’s perfectly understandable that Marie Curie, the discoverer of radioactive materials, was unaware of the dangers of radiation and handled radium and polonium without proper protective gear. However, there are some inventors who should have known better, had all the warning necessary, yet still proceeded to get themselves killed by their own creations. These highly mockable people include… 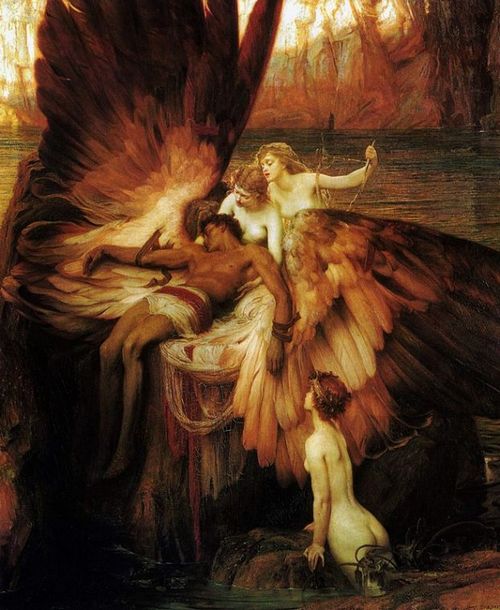 Wow, wax wings. Better wait by the mailbox for your Nobel.

Since our earliest days, humanity was obsessed with flying. There are countless legends of men and gods that somehow manage to take to the skies, spitting on all those fools who were still stuck on ground. Probably the most famous such myth is the ancient Greek story of Icarus, the boy who tried to fly with wings made by his father out of wood and wax. The sun melted said wax and he crashed into the sea and died. Needlessly to say, strapping a piece of wood to your back with wax won’t make you airborne, however this didn’t stop inventors from trying.

The first wise man who supposedly tried to fly by using home-made wings was the Islamic mathematician and philosopher al-Jawhari. According to ancient historians, who, in all honesty, are not always the most accurate sources, the Muslim mathematician decided to put the Icarus legend to a rigorous session of myth busting. Unfortunately for him, gravity was not asleep that day and he immediately crashed to the ground. We’re sure there is a more complicated story behind the whole event, a story that probably involved a lot of booze and some taunting.

The next person to try jumping of a tall structure in hopes that somehow they will float was Franz Reichelt, a French tailor who decided that jumping off the Eifel Tower sounded like a pretty good idea. In his defense he did have a home-made parachute and an awesome moustache, neither of which really helped in the long run. 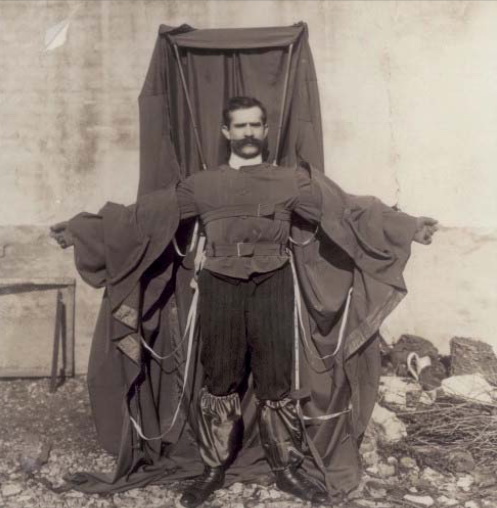 Mary Poppins ain’t got nothin’ on him. 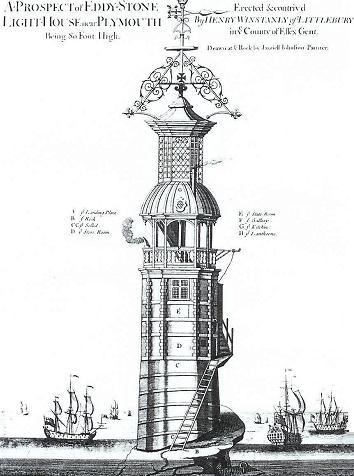 A stunning example of whatever the hell this is supposed to be.

Henry was a pretty stubborn merchant; when his fifth ship in a row sunk on the jagged cliff of Eddystone, he declared he would take care of this menace. Despite the advice of several sailors that the rock was too dangerous and he should just take a wider berth, Henry started working on a lighthouse. The construction that was supposed to be made out of simple stone and wood ended up having more decorations, bells and whistles than the wig of an eighteenth century French king. You see, Henry didn’t just want to warn other ships about potential danger, he wanted to show the Eddystone who was boss.

The lighthouse barely withstood the harsh weather, but it did its job, warning ships of the dangerous coastline and Henry’s interest in bizarre architecture. In fact the tower did the job so well that Henry bragged nothing could harm the lighthouse. He went on to claim that he was confident enough to spend even the worst storm in the little wooden structure and proved he was a man of his word on the 27th of November 1703. While the regular lighthouse keepers ran away as fast as they could Henry stayed behind making repairs and calling the storm a little wussy. We’ll let you draw the conclusion on who won between the ocean and a rather shaky wooden tower perched precariously on a jagged rock. (Hint: the ocean is not included in this list of inventors that got killed because of their inventions.)

People showed up for the same reason people watch NASCAR.

Science is awesome: it gave us the internet, Twinkies and we guess medicine is kinda’ cool too, but damn it, sometimes an inventor simply goes too far. We’re not even talking about creating cute zombies, which is one of our biggest fears; we’re talking about that monstrosity in the image above. Never should science combine a train with an airplane and make it look like a banana boat – it’s just wrong.

Valerian Abkovsky, a Latvian engineer, figured that the Soviet leaders weren’t getting to their mass genocides fast enough. The solution was creating the aerowagon, a machine meant to literally fly on the train tracks and deliver a cart full of communists into your backyard before you even knew what was going on. The only problem with the whole deal was that strapping a rocket to a train means you have to give up any hope of controlling the beast and just hope that you don’t have to brake or take any turns. Willing to put his life on the line in the name of insane modes of transport, Abkovsky was one of the crew members aboard when the aerowagon went from Moscow to Tula for testing, crashed, and was utterly destroyed, killing everyone.