Whether you’re talking about a basketball player or a movie star, one of the biggest sources of income for any celebrity is endorsement deals. Most of these star-product marriages make sense, like when Michael Jordan hocks sneakers or Tiger Woods (eventually) gets into the condom selling business. But now and then, you’ll find some products not only endorsed by celebrities, but actually boasting their name, like George Foreman’s Lean Mean Grilling Machine. We’re still trying to figure out how exactly George Foreman became an authority on healthy grilling, but at this point he’s as famous for his product as he ever was for his boxing career. Some of these other celebrities, however, are probably hoping people will forget about the products boasting their names…

You remember Nelly, right? A rapper from St. Louis who’s Southern style of rapping made him a star back in the late 1990’s and early 2000’s. He burst onto the scene with the song Country Grammar, and would ultimately become famous to the point where he appeared in Adam Sandler’s horrible remake of the football classic The Longest Yard. But then Nelly went and wrote a song called Pimp Juice, and apparently the title gave him a terrible, terrible marketing idea. That idea, of course, was a drink called Pimp Juice.

Pimp Juice, contrary to what you might assume, is not made from the all natural juices of a pimp, and we’re thankful for that. It is, however, a non-carbonated energy drink and is marketed as hip hop’s number one energy drink, which makes us wonder just how many energy drinks there are in the world of hip hop. In any event, there was obviously some controversy when Pimp Juice came out based on the name and the belief that it glorified negative stereotypes of the African-American community. Why, just because drinking it makes us want to smack a ho when she don’t give us our money? 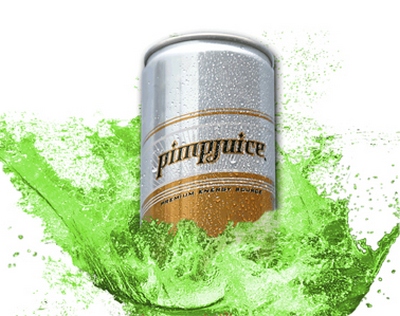 Let’s get one thing out of the way right off the bat: the Rolling Stones are, were, and will forever be one of the greatest rock and roll bands of all time. And while you no doubt know who Mick Jagger and Keith Richards are, you’re probably not as aware of the group’s bass player, Bill Wyman, because seriously, who cares about bass players? Anyway, apparently Bill Wyman is a man of many talents and passions, and one of those passions is archaeology. So I makes sense that he’d market his own… metal detector? Really?

One of the most random and off the wall celebrity products we’ve ever heard of is, indeed, Bill Wyman’s signature metal detector. Now, we’re not exactly sure how the heck “love of archaeology” translates to “coming out with your own metal detector” since, as far as we can tell, Indiana Jones never used a metal detector in any of his movies, but you’ve got to give the man some credit for being original. And hey, if in a few years Mick still can’t get no satisfaction, maybe he can borrow Bill Wyman’s metal detector to help him find it. 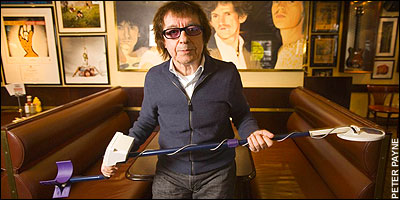 Yeah, no, we totally listened to Forty Licks for the bass lines.

Seriously, what is it with celebrities and energy drinks? And what is it with Steven Seagal in general? In addition to being a martial arts expert and a horrible actor, Seagal is also a musician, a police officer, and overall one of the strangest cats walking the planet right now. So it really shouldn’t have caught us off guard when he came out with his own energy drink, “Lightning Bolt.”

Advertised as being “packed with vitamins and exotic botanicals,” the label is almost as bizarre as its namesake, going on about being filled with “herbal tonic blends” and being an elixir consisting of ingredients from around the globe. It also claims to be the first energy drink to be made from 100% juice, presumably none of which is of the pimp variety. We suppose it makes sense that Seagal would market an energy drink, because lord knows that ripping dude’s throats out takes a lot out of you. 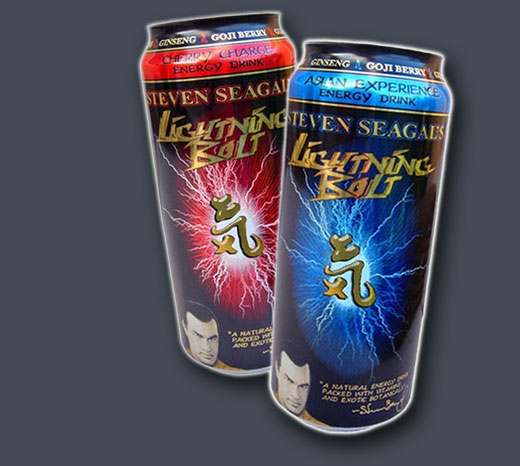 Perhaps we can narrow down what’s responsible for his tremendous weight gain.

Have you ever looked at a tube of lipstick and thought to yourself, “Man, that thing looks delicious!” Well if you have, you’re either four years old, or you’re Jessica Simpson. Which makes sense, since Jessica Simpson and four year olds are on approximately the same level intellectually. Anyway, Jessica Simpson apparently wanted to combine her love of smelling good with her love of eating things she’s not supposed to eat, and her “Dessert Treats” were born.

Okay, first of all, really? That’s the name of her cosmetics line? And second of all, it seems to us that edible body lotion is something you would find in an adult sex shop than in, say, Walgreen’s. Jessica debuted her line back in the early 2000’s, and in addition to the edible body lotion, there was also something called “body mist” which we assume is supposed to be some sort of fragrance. We hope it’s not too irresistibly delicious, because the last thing we want is to start uncontrollably licking people in public for tasting so good. Again. 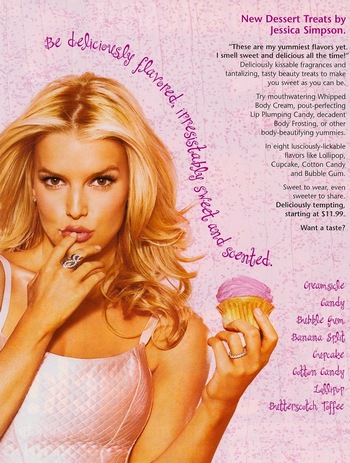 We hear she’s also coming out with an entrée line, featuring buffalo wings.

Apparently envious of George Foreman’s success at shilling food preparation products, everyone’s favorite fool-pitier jumped on board the Flavor Wave Oven, which doesn’t technically boast his name but at this point will forever be associated with him thanks largely to the ridiculous and hilarious infomercials that go along with it.

The Flavor Wave Oven is labeled as a “miracle breakthrough,” which is a term we’d typically reserve for, oh, cancer research but who are we to argue with Mr. T? It’s some sort of convection oven that uses infrared waves and halogen heat to cook food three times faster. Okay, now it makes sense why Mr. T jumped on board. If Mr. T ain’t got time for the jibber jabber, he certainly ain’t got time for the turkey to cook all day. 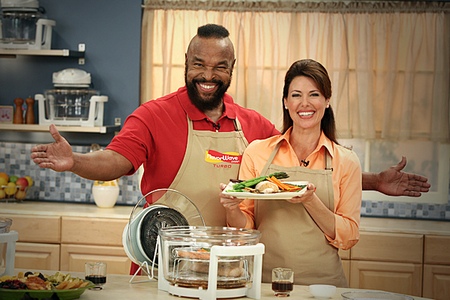 You’d think something endorsed by T would have significantly more bling.

Back in the 1980’s, everyone, and we mean everyone, was suffering from the crippling disease known as Hulkamania. The perpetrator of this dreaded affliction was wrestling superstar Hulk Hogan, and the symptoms included Hulking out, ripping your shirt off and suplexing people left and right. Actually, it was pretty awesome. But that was then, and now the Hulkster is a creepy old dude who divorced his wife and married a younger woman who looks just like his daughter.

And on top of that, he’s got his own brand of cheeseburgers. This isn’t his first foray into the food industry, either, having previously opened a restaurant called “Pastamania” and, believe it or not, he actually turned down the opportunity to endorse the Foreman Grill before the company called up old Georgie-boy to become their spokesperson. If his previous ventures are any indication…well, then these burgers are probably about the worst thing ever. If we had to guess, you’re going to need a lot of Pepto to wash these puppies down, because to paraphrase of the Hulkster himself, “Whatcha gonna do when diarrhea runs wild on you?” 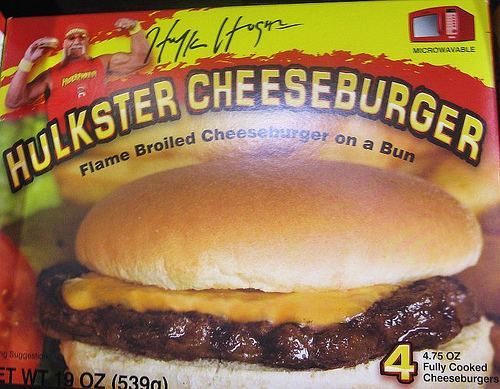 Eeriely brown and lacking sesame seeds on the top, no doubt.