Home Home 6 Recurring Fashion Trends That Should Just Go Away

Ah yes, fashion. Who hasn’t had the desire to look really swank at least once in their lifetime? Saught by many but captured by few, fashion the completely subjective aspect of our lives that can somehow be defined by our media overlords.

But much like terrible science fiction novels, fashion fads come in cycles. Sometimes what was acceptable in the past falls out of favor just to resurface again a few decades later, seemingly bringing back the worst aspects of popular culture. C’mon, people. All we really need are Hammer pants.

For when you want to protect your eyes but not very well, there are shutter shades. 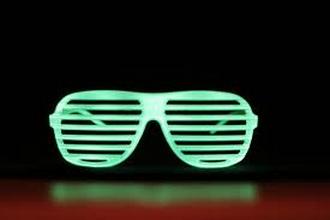 It be all Venetian in the hizz-ouse.

One of the many fashion zombies of the 80s, shutter shades were popularized by music videos before going quietly into that night as quickly as they came. Then Kanye West happened and the shutter shades made a triumphant return. Once again the glasses found their way onto the faces of the tragically hip and ironic alike. A company was launched in 2007 that manufactures shutter shades exclusively. Think about that: there is a group of people who are dedicated to making nothing but glasses that don’t serve any function at all. What do these people have to look forward to in life? 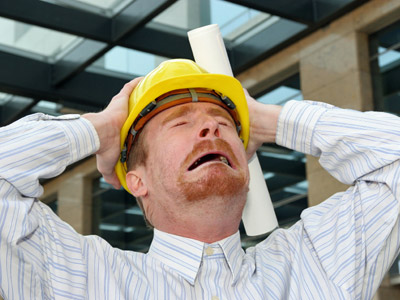 According to the Shutter Shades Online website, “THE RIGHT ACCESSORY CAN MAKE THE OUTFIT.” In this case, the right accessory can also lead to cataracts, or at least a serious traffic accident.

Sagging is the subtle art of wearing your pants below your waist, often times revealing a large portion of your underwear (if you had the forethought to wear any beforehand). And we, the public, thank you.

Sagging is believed to have originated in the United States, not unlike other wholesome fads such as knife fights and sharpened toothbrushes. Of course it’s not exactly a fashion trend where it started: behind bars, where belts are prohibited to prevent suicide by hanging or the rare (though awesome) belt fight. This image was adapted by hip-hop culture and eventually by its fans. 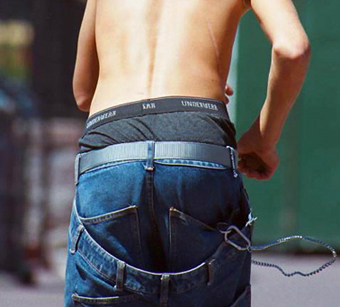 Sagging is one of the rare instances in fashion where it’s perfectly acceptable to dress like you don’t know how clothes work and other people will join your efforts. This doesn’t happen very often, and here’s an example to prove my point: the next time you leave your home, put tube socks and shoes on your hands and walk around like you don’t notice. If you’ve done this correctly the only people who talk to you (if any at all) will do so in a slow, soothing voice. See if you can get some free hugs and candy out of the deal.

The “popped” collar wasn’t a fashion before the 20th century. No, before the age of the douche, collars were very stiff by their nature and were worn upright because trying to bend them down would result in injury to yourself or others. Common for both women and men, the upturned collar caused pain to the ears and neck after a single-days wearing. It was intended to block the sun and certainly wasn’t a fun affair. 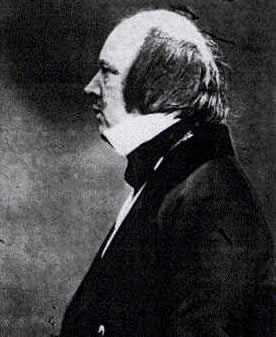 Sometime after World War II, tennis shirts first saw production and featured the soft collar we’ve all come to love. It wasn’t until the 1980s that the tennis collar became a fashion trend. After being mentioned facetiously in the book The Official Preppy Handbook, preppies actually latched onto the trend of wearing upright collars. The rest, as they say, is history. 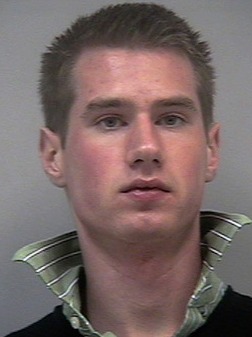 Except that it isn’t. Despite the 80s fad being short lived, there are collars still being popped now by a new generation that probably doesn’t even play tennis. And you know a manner of dress has gone too far when someone writes a song about it.

Do you see anyone doing that for jeggings? I don’t think so, son.