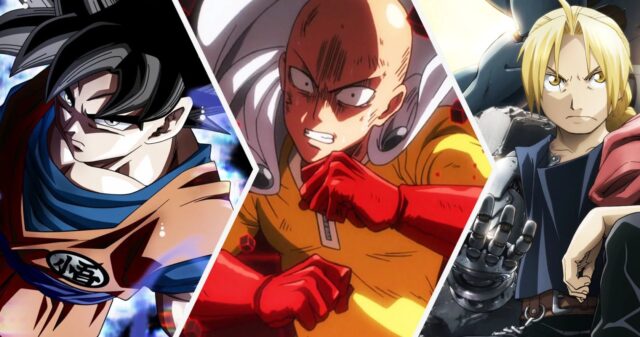 Anime is taking over the cartoon world globally. It is common to find cartoon lovers seeking out Anime programs instead of the regular animation programs on TV or online. Anime is often used to refer to animations that originate from Japan and have a distinct look to them. Most of these Japanese cartoons are hand-drawn then converted to computer animations, making them unique and attractive to non-natives. In addition to looking different, these animations have fantastic themes, colorful graphics, and vibrant characters that keep you glued to your screen.

The popularity of Anime

Anime has been in existence for many years in Japan and only took the global stage in the early 2000s. The majority of the fans of the Japanese based cartoons are in the United States and the United Kingdom, among others, with many watching the animations daily. Even as its popularity grows, it is important to understand the reasons why the love for this unique animation programs continue to grow. Some of these reasons are listed below.

Anime focuses on storytelling, which keeps fans glued to the screen to see the outcome of their beloved characters. The majority of the animations take up a storyline from the beginning and go with it over several episodes. In most cases, fans of the animation keep coming back to look for updates, thus earning their favorite Anime loyal fans. The telling of stories is quite different from the western-type cartoons that are designed to end after every show. Most times, fans of regular cartoons disconnect from them and have to be wooed back again to watch new content.

The unique combination of animation and art is one of the reasons Anima is popular. It is very different from the childish cartoons that flood the market, hoping to capture the attention of viewers. Most Anime programs are designed to be intentional and have special effects to keep you watching for a long time.

The techniques used in bringing to life the animation characters appeal to Anime enthusiasts across age groups. It is common to find lovers of these animations commenting on various aspects of the program, which is rare for regular cartoons.

Finding a character in a cartoon that you can relate to is quite uncommon, with many viewing them as unreliable. However, this is not the case with, Anime which strives to introduce characters that viewers can quickly identify with, regardless of background.

It is easy to find characters with similar life experiences and personalities that appeal to many people within various Anime programs. Some ways in which people relate to Anime characters are through their hardships, painful losses, and humor, among others. Also, the characters are often unrealistically cute, making them likable from the onset of the program.

The majority of Anime productions have scenes that involve a lot of action from the characters. It is also common for them to have a supernatural angle that keeps fans longing to find out more. The action scenes are sprinkled across the program, making it worth watching to the end, especially if you already have a favorite character. Also, the effects added to the fight scenes have a way of making you feel like you are part of the actions on screen. Whether the scene focuses on physical strength or introduces supernatural powers, it is often captivating until the end. If you love action storylines, then watch one punch man online at MSN.

2Appeals to all ages

Unlike regular cartoons that are designed for children, Anime programs appeal to everyone that enjoys a great story with unique characters. Anime is categorized by age and content, making it easy to choose the most suitable one. Children can enjoy Anime content that appeals to their age group with an exciting storyline and great fight scenes. On the other hand, older people also have a wide variety of shows to choose from depending on their preference. Also, it is possible to find an Anime that can be watched by both adults and children, making it a family affair.

The Japanese culture on which the majority of Anime shows are based is unique and can be made into comedies that make you laugh. The comedy shows usually have characters with silly facial expressions, funny visuals, and hilarious references, among others. Most Anime comedy appeals to young and older people, making it a great way of spending time together while laughing your hearts out.

Where to watch Anime

Anime enthusiasts have a wide variety of shows to choose from when looking for a series or program to watch. These shows are many and can be accessed in a variety of ways at home or even at work. Some of the places you can watch Anime alone or with family are highlighted below.

It is possible to stream Anime shows over the internet any time of day or night. Many of the popular online streaming services offer several shows that can be accessed after signing up for the service. Some streaming companies even have exclusive rights to some popular Anime shows because of their popularity.

If you prefer watching Anime shows on your television at home, then a DVD version is the best option for you. The shows on the DVDs are often in high-definition and offer crisp and clear images that will keep your attention on the show. Most of the popular shows are available on Blue-ray and DVD at affordable rates.

In general, Anime is a genre that is worth the hype as it offers a unique experience for its fans across the world. Whether you are interacting with the Japanese based characters for the first time or have been watching the shows for a while, they remain captivating. The unique animations are worth checking out as they continue to be improved to be relatable to fans worldwide. 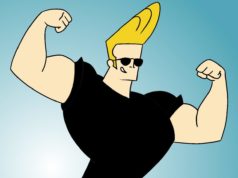 The 10 Most Egocentric Cartoon Characters 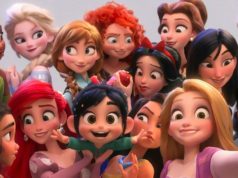 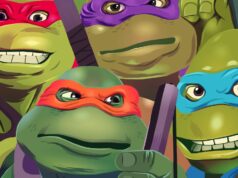 4 of the Most Insane Versions of TMNT