Community is a great new series playing on NBC that follows the shenanigans of a group of students attending Greendale Community College. If you’re anything like us, you were as skeptical about the idea of an interesting show set at a community college as you were about the idea of an interesting show set in the office of a paper company. However, appearances can be deceiving. After watching every episode of Community religiously on Thursday nights, and absorbing them into every fiber of our being, we have to say that we’re powerfully impressed.

It’s easy to make terrible TV show that no one watches (as is often the case with ill-conceived spin-offs and shows that take minor characters from one show and turn them into the main attraction); it’s equally easy to make terrible TV that everyone watches (reality television, anyone? And before anyone jumps down our throats, remember that “terrible” can also mean “awesome.”) But it’s hard to make intelligent, well-written TV that gains attention for its humor and wit. And that’s exactly what Community has managed to do. The following are a few reasons why we’re loving this new comedy series.

Ridiculous Plot Twists (Minus the Soap) Soap operas are known for throwing in ridiculous plot twists approximately every five minutes, we assume in an effort to keep viewers so confused that they keep watching in hopes of just trying to figure out what the heck is going on. Sure, it’s a way to get people to watch your show when every other person is turning out to be someone’s brother/father/mother/daughter/lover/child every time you turn around, but it’s a bit on the heavy-handed side.

That’s why it’s so great that Community can throw in ridiculous plot twists without getting soapy. For example, who would have ever guessed (spoiler alert!) that the oft-reviled Senor Chang and the lovable, saintly Shirley would end up spending some alone time in the bathroom during the Halloween party during which Shirley supposedly gets pregnant? Who would have thought that Abed would develop a messiah complex while creating a religious film? And who would have expected Troy and Jeff to find a slice of Zen peace while using a hidden trampoline?

Producer Neil Goldman specifically states that he doesn’t want the show to turn into a soap opera. We think he’s succeeded brilliantly with the little nuggets of subversive insanity that keep us coming back for more.

Tangents That Suck You In 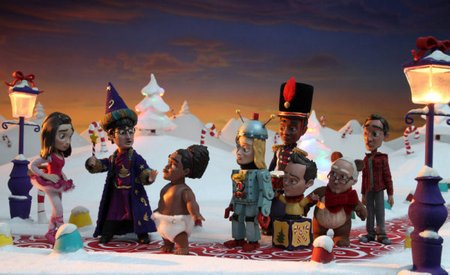 Community in claymation. Your argument is rendered invalid.

Name one other television show that’s set its cast loose in a paintball warzone, a claymation wonderland, and an epic Dungeons and Dragons adventure. Coming up with a blank? We believe that we’ve made our point.

Television shows do need to explore side stories every now and then to keep the material fresh and new, but most of them stay within carefully proscribed boundaries so as not to disturb or frighten off their viewers. Community takes those boundaries, blows them to itty bitty pieces, shreds those pieces into even smaller pieces, and then stomps them into dust. And somehow managed to retain its integrity while doing so.

The Best Cameos Ever 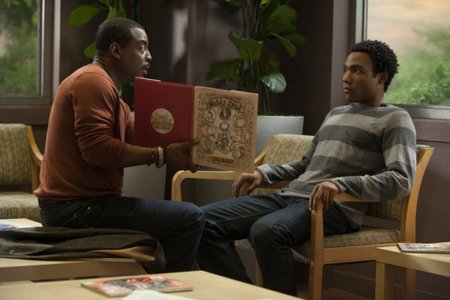 If we were in Troy’s position, we’d feel exactly the same way.

Levar Freaking Burton! We haven’t seen that guy in forever, outside of our constant nostalgic rewatchings of Star Trek: The Next Generation (which is by far the best, in our humble opinion). What kind of genius mastermind could have come up with this? It’s like an angelic muse of inspiration came down from the heavens and planted the pomegranate seeds of wisdom into the writers and producers of Community.

Jack Black has also done a cameo episode, in which he tried to get with the study group but later decided he wasn’t interested. And of course, who can forget the inimitable Betty White as the professor of Anthropology? We know that Community isn’t the first show to do cameos, and it won’t be the last. But it does so in little unexpected places, and with such panache and class that we’ll never get sick of it. 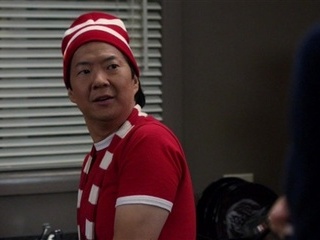 Senor Chang is pretty much the essence of what we mean by this statement.

It’s a fact that your regular, run-of-the-mill human being is, by definition, not brilliantly entertaining all of the time. It takes someone who’s a little off the wall to pull that off. So that’s the kind of characters TV shows want to fill their time slots with. However, in order for us to keep coming back for more week after week, we also have to feel that these character are actually characters, and not just exaggerated caricatures. It’s the classic catch-22, like trying to find the most gorgeous member of the opposite sex that is willing to sleep with you.

The extent to which Community dances the line between main characters being off the wall and being relatable human beings is almost meta at times, with recursive self-referential logic loops set to blow our minds apart. 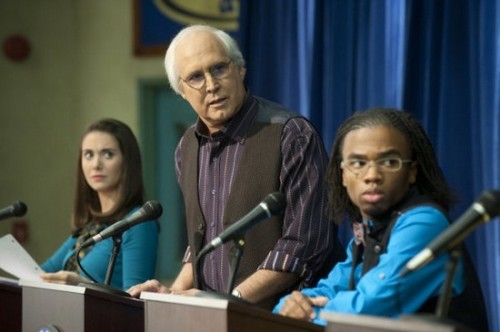 Community doesn’t just shine when it comes to the recurring cast; it also has a whole staff of brilliantly realized secondary characters who wind in and out of the storylines. The first time you see someone in the episode, you might not think that he or she is particularly important; however, the chances are good that the character will come back in a totally inspired new way. And you’ll be like, hey, it’s that guy! I love that guy.

Community also uses the clever nickname device to make these characters easily memorable, even if we only see them once in a while. To the people who came up with Starburns, Magnitude, Fat Neil and the Greendale Human Being mascot, we salute you!

A Dash of Romantic Tension 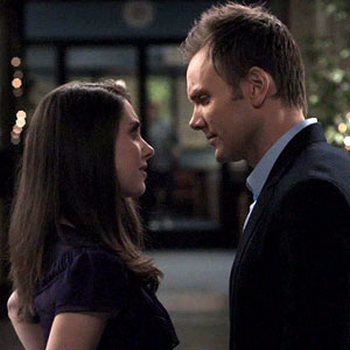 So wrong, and yet so right!

At the start of Community, it looked for a while like there wasn’t going to be a whole lot of romance. Jeff did attempt to hit on Britta by forming the Spanish study group, but that effort soon fizzled. We remember appreciating this – far too many shows try to carry themselves solely on the drama inherent in romantic relationships – but being a little disappointed at the same time. We can’t help but swoon at the hint of love in the air.

As the show progressed, people started to get together. Annie dreamed about Troy, and later ended up with Vaughn. Jeff dated a professor, and sexual tension between him and Britta continued – despite some side interest in Annie.

Things got crazy for a while, with Jeff involved with Professor Slater and Britta and Annie all in one night, and it seemed like the show would devolve into fighting over who loved who more. However, the writers masterfully resolved the complex relationships in ways that seemed entirely realistic, and allowed everyone to remain friends. We’re happy to look forward to more romantic tension in the future, but we’re glad that Community isn’t depending on the cheap drama it inevitably creates.

Although, if you seriously can’t get enough of Community romance, than you have to check out this.