There are some foods that are banned in most restaurants, dishes that come from highly poisonous animals or that must be cooked exactly as specified if you want to continue living. Of course this doesn’t stop a bunch of people from playing Russian Roulette with their dinner. It’s a lot like ordering a cheeseburger, knowing that you could get a live scorpion thrown at your face instead: fun for the whole family! 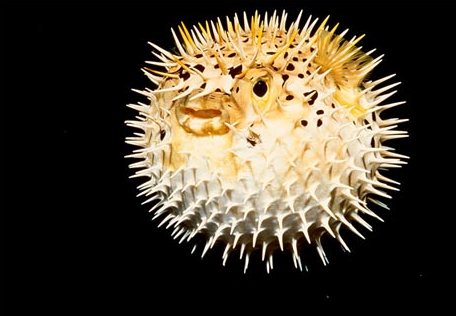 For some reason, nature decided that the puffer fish needed some serious protection and covering it’s body with spikes was simply not enough. Therefore, this animal is the world’s second most poisonous vertebrate, including all the deadly snakes, reptiles and the duck-billed platypus (we’re not joking, the platypus is actually poisonous). The only vertebrate more deadly than a puffer fish is the Golden Poison Frog, which is used by Amazonian tribes to make poisonous darts.

Yet none of this stops certain Asian countries from viewing the Puffer Fish as an exquisite delicacy. The trick is that the meat of the tiny fish is perfectly edible, since all the poison is concentrated in the eyes, skin and the internal organs. In other words: in the hands of an expert cook this fish could be a harmless, yet delicious meal, but one wrong slice and you can enjoy a paralytic coma that will kill you within a few minutes. And remember: only a few milligrams of puffer fish poison are necessary to kill a full grown man.

To put things into perspective consider this: 60% of the people who consume the fish die because of the toxins. Most often not even because of the fish itself, but because the internal juices taints some other piece of food that comes with the meal.

The fish is so poisonous that in order to be allowed to prepare it you must train for two to three years and then pass a test where you have to eat the meat you cook; which makes studying for the final exam in Japanese cooking school a lot more stressful. The Puffer fish is also the only meal that the Emperor of Japan is forbidden from eating, for his own safety. Heck even the Simpsons dedicated an entire episode to the meal, making fun of rich, thrill seekers that ordered it. 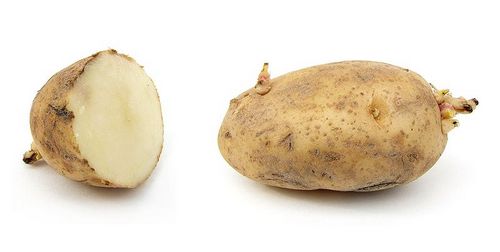 Considered one of the most basic ingredients for a delicious meal in almost all of Europe and (thanks to the invention of deep frying) probably the most popular American side-dish, potatoes are actually a poisonous plant. We don’t think about this very often because the poison is not in the bulbs humans consume. What is dangerous about potatoes are the leaves, stem and fruits of the plants, basically anything except the roots we use for cooking. It makes sense if you think about it, if you’re a plant you’d probably want to protect the parts of you that were above ground, within easy reach of herbivores.

The toxicity of potatoes is due to the presence of glycoalkaloids which, if consumed in moderate quantity (like if you chew on a few potato leaves), it will cause nothing more than diarrhea and headaches. However, in large quantities the poison can lead to coma and eventually death. According to Dr. Douglas L. Holt, the State Extension Specialist for Food Safety at the University of Missouri, this hasn’t happened in over 50 years and although most Americans ingest some glycoalkaloids in their day-to-day snackery, it’s not in serious enough quantities to kill anyone. In other words: don’t worry about ordering those French fries, a heart attack will kill you way before you can get poisoned. 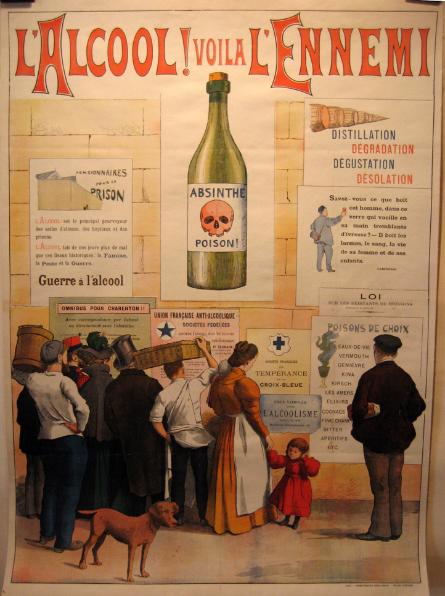 This drink used to be extremely popular among the French Boehme’s of the 1800’s and you probably saw it portrayed in one movie or another. It’s supposed to be bright green and cause hallucinations which may or may not involve green fairies. The reason the drink can cause hallucinations is because one of its ingredients can be a dangerous poison. No, not the obvious one (alcohol). Wormwood, better known as Artemisia Absinthium (want to guess where the drink got its name from?) is a commonly used medicinal plant. When prepared correctly it can give a very pleasant taste to drinks and is used to improve blood circulation.

Unfortunately, when mixed the wrong way or in improper doses Wormwood can become a serious poison and there are several recorded cases of home-made absinthe killing or seriously hurting people. The drink and its hallucinogenic effects were considered so serious that it was banned in most countries around the time of the First World War. Yes, you read that right, back in the days when Coca Cola was still made with actual cocaine and leaches were an relatively mainstream medicine, people decided that absinthe was too dangerous.