Every so often, even us macho writers at WeirdWorm have to acknowledge that there’s more to life than terrifying drug side-effects, racist robots and boobs. No, it’s true! So with this in mind, it’s time to dissect the most strangely cute creatures from the world of film. We don’t mean that literally of course, so stop dialing PETA.

Although we’ll be discussing some relatively endearing movie creatures, all of our entries have a distinct air of weirdness about them. As a special bonus, we’ll be rating each creature’s “oddly adorable” level on a sophisticated scale of one to three ALFs. 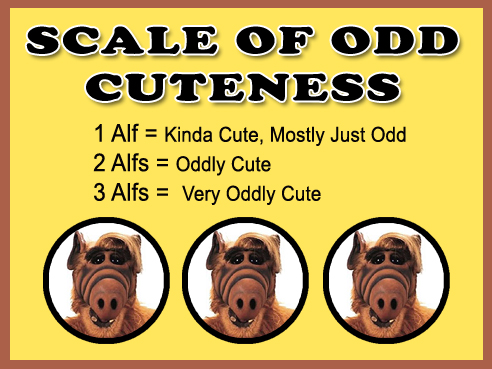 What drugs were we on when we came up with this? ALL OF THEM! 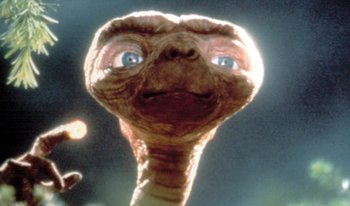 E.T. is easily one of the most popular and beloved movie aliens of all time. He appeared in the hit 1982 science fiction film of the same name (as if you didn’t already friggin’ know). The flick starred Henry Thomas, Robert MacNaughton, Drew Barrymore (arguably in her best role), and Dee Wallace. It was directed by the man with a gift to make kids sob uncontrollably and embarrass their parents, Steven Spielberg. 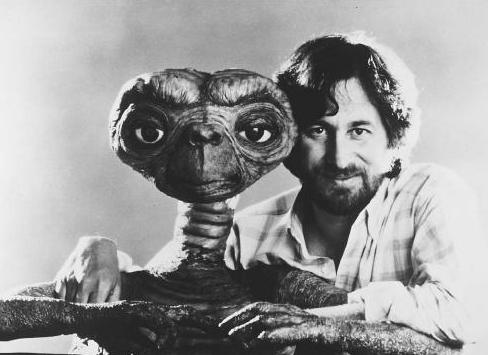 The film followed Elliott, a lonely boy who befriended a kind hearted alien accidently stranded on Earth. Elliott and his siblings aid the extraterrestrial in his journey home. Along the way, they keep him hidden from their apparently oblivious mother and some shady government guys with guns… scratch that, with walkie-talkies.

Aside from his large Disney-like eyes, E.T. wasn’t exactly a traditional kid friendly creature. What he lacked in conventional cuddliness, he more than made up for in charm. The fact that he was an incredibly expressive and realistic being created from old school animatronics and actors made all the difference. For the purposes of our sanity, we’re going to ignore Mr. Spielberg’s subsequent CG tweaks. 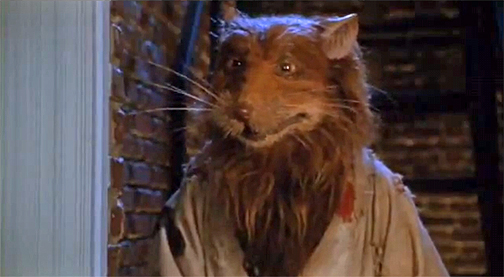 Question – how do you take a filthy old sewer rat and somehow make it appealing? Well, thanks to the work of legendary puppeteer Jim Henson, that feat was achieved in the 1990 flick Teenage Mutant Ninja Turtles. 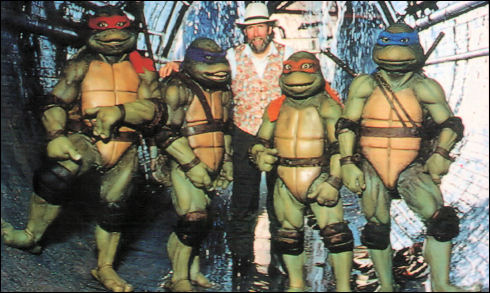 Splinter appeared in all three live action films which were based on the popular Mirage comic books and, of course, the cheesy 1980’s cartoon series. TMNT was the story of four sewer dwelling, crime-fighting reptiles who battled the evil Shredder. Splinter served as their sensei and father figure. He was basically a giant anthropomorphic rat who trained the turtles in the art of Ninjutsu. In describing this, we can’t help but admit how incredibly goofy it all sounds. However, the turtles remain popular to this day. 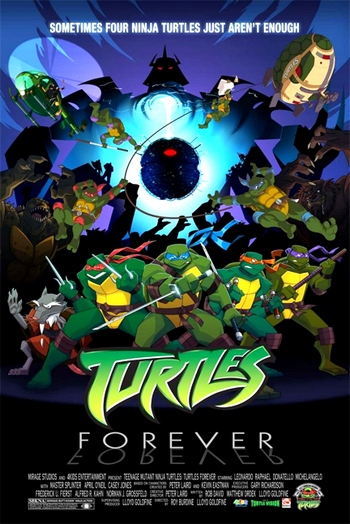 Any true Turtle fan MUST watch this ASAP…seriously.

Jim Henson’s Creature Shop supplied the four main characters as well as Splinter for the original two films. However they did not work on TMNT III, which coincidentally featured far crappier Turtle costumes, an awful version of Splinter and major suckage.

It was likely Henson’s team’s intention to make Splinter faithful to the original comic. However, we assume from Splinter’s non-threatening demeanor and friendly face that a strong attempt was also made to craft the puppet in as pleasing a manner as possible. Wouldn’t want to scare off the kiddies with a sinister looking rabies infected rat, now would we? What ended up onscreen was an exceptional combination of the grittier Splinter (from the early black and white comics) and the Saturday morning friendly Splinter from the animated series. As far as cutesiness went… thankfully Splinter was more of a soft-spoken but still hardcore than a talking stuffed animal. 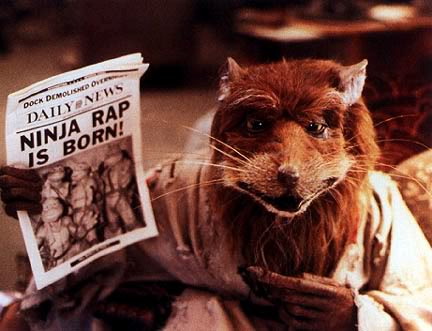 He was also a teller of really bad jokes. 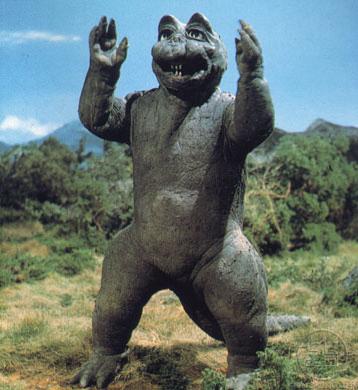 Minilla first appeared in the off the wall, 1967 film Son of Godzilla, which was released in Japan as “Monster Island’s Decisive Battle: Godzilla’s Son” (say that three times fast). As best as we can tell, the mess of a story involved a team of scientists trying to control the weather. There are giant praying mantises, a weather balloon and an enormous egg which somehow contained a baby Godzilla. Eventually, big daddy Godzilla arrived on the scene, demolished the scientist’s base and saved the apparently immaculate baby. 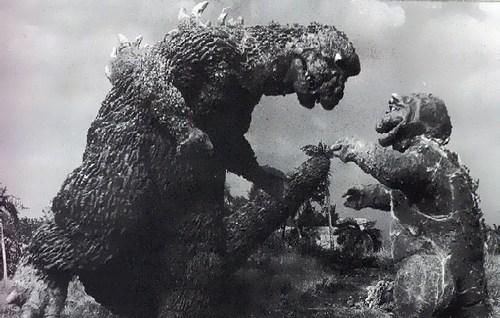 Another fine family moment in the lives of two destructive radioactive reptiles.

The baby Godzilla inexplicably grows to half the size of his father, and begins his homeschooling on monster skills 101. It made perfect sense that Godzilla would teach his adopted son. After all, he was clearly a well adjusted monster with an excellent track record… 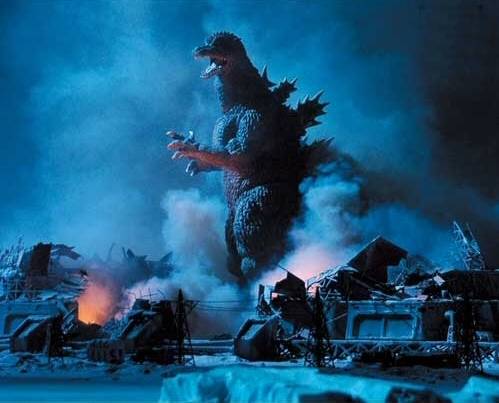 …that is when he’s wasn’t obliterating whole cities and mindlessly slaughtering millions of people.

Despite his hokey costume and permanently ridiculous facial expression Minilla seems to hold a special place in the hearts of Godzilla fans. For better or worse he’s a part of Godzilla’s storied history. Thanks to the creation of Minilla, viewers saw the total anthropomorphism of Godzilla as he ceased his rampaging ways and momentarily played the part of a caring father.