You might be surprised to know that during Sean Connery’s six-decade long film career (and counting!), the well-loved actor hasn’t actually had that many memorable film roles. You’d think with the way he’s won over our collective hearts, he would have played many characters that we’d recognize immediately. But after sifting through his history on IMDb, we found only a few that really stood out to us.

The fact that Sean Connery hasn’t starred in a ton of memorable movies actually works to his advantage. It just goes to show that he doesn’t need to churn out a whole bunch of movies to be awesome. The characters that one of our favorite actors of all time has chosen to play demonstrate that a thespian of his presence and acclaim needs only a few perfect roles to capture the hearts and the minds of generation after generation of movie-goers. Not to mention the fact that his well-chosen roles also probably contributed to him being freaking knighted – for reals! Not many actors can make that claim to fame. 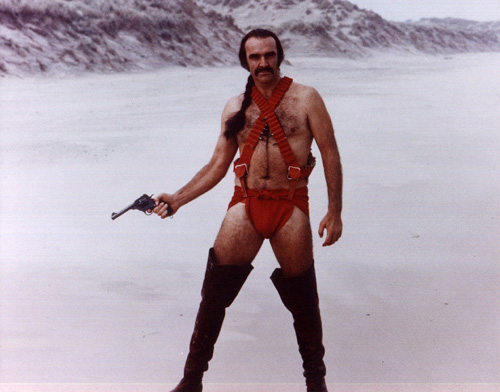 Braided hair, cloth diaper, thigh-high boots, hand gun: one of these things is not like the others!

Not everyone has had the distinct pleasure of watching this cult-classic gem of a movie from the 80’s. In it, Sean Connery plays (and yes, we had to look this up, because even after watching the film more than once we’re still a little confused) a soldier from a breed of mortals who is used to kill those same mortals by the Eternals, an immortal human race. He finds out that the flying stone head he thought was God is really just the construction of a manipulative man, and journeys to the land of the immortals, eventually freeing them from their bored, sexless lives with welcome death. And yes, all of that really is as awesome as it sounds.

In an interesting coincidence that will blow your mind (the first of many, we assure you), Sean Connery also played an immortal during this decade – in the movie Highlander. 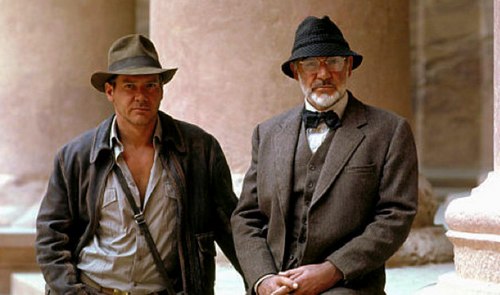 There’s more than meets the eye to the man who fathered Indiana Jones, you can be sure of that.

Some action movies have vague origin stories but Indiana Jones certainly is not one of them. Pretty much all you need to know about him is that his father, Henry Jones, is played by Sean Connery.

Henry Jones has a great role in Indiana Jones and the Last Crusade. Although he knows more in general about the world than Indy, he doesn’t have exactly the same practical knowledge, and he sometimes gets into trouble while Indiana tries to fend off Nazis and reach the treasure. It’s interesting to see Sean Connery as something other than the more-or-less refined hero with the barely contained animal magnetism that he usually plays, but we know that under his bumbling exterior is the same old Sean Connery interior. He demonstrates this fact beautifully with his unflappable confidence when he rousts a flock of seagulls with his umbrella to defend against an incoming fighter plane. We also get to see his roguish humor when he blames the destruction of the plane Indiana is flying (that he himself caused with the improper firing of his gun) on the enemy.

Ladies, I’ll only get more handsome over time. And balder.

It’s not at all surprising that the actor known for his wit, intelligence, and his success with the ladies is one of the many actors who have been tapped to play James Bond. Sean Connery starred in an impressive list of Bond titles, including Dr. No, From Russia With Love, Goldfinger, Thunderball, You Only Live Twice, Diamonds are Forever, and Never Say Never Again.

We’re not going to get into a discussion here about who played the best Bond, because we don’t want to start a flame war. Suffice it to say that we’re glad that Sean Connery got to play James Bond, because his Bond films were some of the first that introduced him to a wide audience, and lead in part to his later film successes. Though personally, we much prefer him with a mustache and a beard and hair that is somewhere in the spectrum of “wild-rogue-just-starting-to-turn-gray” and “honorable-guy-who’s-still-got-what-it-takes-white”. 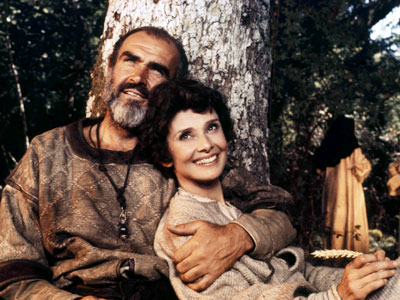 The forest-dwelling, rebellious hero of the movie.

Here’s another one of those crazy movie role coincidences that are the story of Sean Connery’s life. The actor played Robin Hood in the movie Robin and Marian. A little over a decade later, he played King Richard in Robin Hood: Prince of Thieves. No other actor has played both thief and king in all of the storied Robin Hood history.

It’s such an interesting juxtaposition of movie roles. The two characters couldn’t be more opposite. Robin Hood is a rascal, a man who “steals from the rich to give to the poor.” He’s a people’s hero, who lives in the forest. On the other hand, King Richard is, well, a king, the exact kind of person that Robin Hood would steal from, except Richard is a good king. Nonetheless, Sean Connery plays each role to the hilt, as it were. 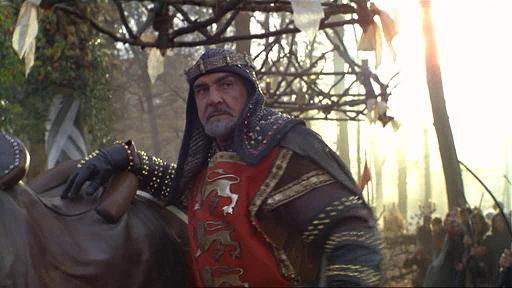 The royal, crusading hero of the movie. 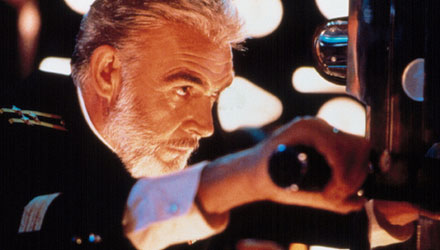 Never mind the fact that the Scottish-born Sean Connery is supposed to play a Russian from the Soviet Union in The Hunt for Red October; movie makers aren’t always spot-on when it comes to casting actors with voices appropriate to their roles. Despite the fact that his accent isn’t exactly correct, his portrayal as the commanding officer of a submarine leaves little to be desired.

This movie of suspense, subterfuge, defection, and sabotage probably would have been similarly intense if someone other than Sean Connery played the lead role. However, Sean Connery just has that certain air about him that is perfect as the defecting captain of a submarine. And you can’t say that knowing Mark Ramius defects is a spoiler, because Sean Connery pretty much always has to be the good guy, even if it looks like he is the bad guy at first. That’s just the way that Sean Connery rolls. 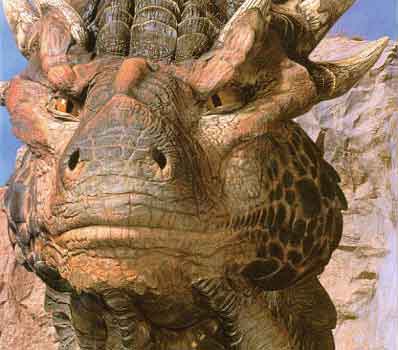 The dragon even looks like Sean Connery. Don’t you see it?

Sean Connery’s role as the voice of the last remaining dragon in the movie Dragonheart is yet another example in which Sean Connery’s character appears to be the bad guy, but then turns out to be good. What we’re saying is, Sean Connery will always save the day, even if it means sacrificing his own life, but he won’t take any nonsense from anyone while he’s at it.

This role is perfect for Sean Connery because while he is an excellent actor in many ways, the feature that we love the most about him is his voice. We’re sure that we’re not alone when we say that we would pay to hear him read the phone book, and that just listening to him sends us into raptures, a feat that few other voices can match.

We think that this is a fitting role to end our epic Sean Connery movie list on. We can definitely see Sean Connery living forever in the sky as a constellation, looking down on us with a mix of stern paternal love and just a hint of going upside our heads if we get out of line.