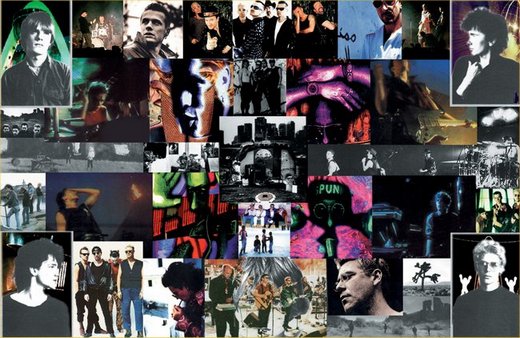 This is one band that has had too many hits to count, but the definitely have some misheard lyrics. The actual lyric is: “She moves in mysterious ways.” It is heard as: “Shamu, the mysterious whale.” “She moved to Wisteria Lane.” Or “Her boobs are mysterious shapes.”

This hip hop and R&B group from the 1990s was one of the most successful female trios in the industry, until the loss of one of their members in a plane crash. Here is the real lyric: “Don’t go chasing waterfalls.” It is heard as: “Go, go Jason water calls.” “Long gold chains and waterfalls.” “Go, go Jason wonderful.” Or “Go, go trains and basketballs.”

5. “Blitzkrieg Bop” by the Ramones

The Ramones may be, perhaps, the greatest punk rock band that ever formed. They were a band from 1974 to 1996. They have plenty of songs that have been misheard. One of the lyrics is: “Blitzkrieg bop” It can be interpreted as: “Let’s drink pop.” “Let’s kick butt.” Or “Let’s keep up.”

6. “Another One Bite the Dust” by Queen

This band was formed in 1970 and continued to make records and tour until the death of their lead singer, Freddie Mercury, in 1989. After his death, they put out some greatest hit albums and commissioned Paul Rodgers to sing for the band. He has now left and a new greatest hit album is in the works. The original lyric that is often misheard is: “Another one bites the dust.” It can be heard as: “Everyone likes to dust.” “Another one bites the duck.” “Another one rides the bus.” Or “Another one buys the duck.” There are many more songs out there that have misheard lyrics. What are some of your favorites?