Home Home 6 Inventions That Have Gotten Worse Over Time

We like to think that, as humans, we are good at inventing things. After all, we’re the species that came up with controlled fire, the wheel, sliced bread, and internet memes that somehow take up hours and hours of our precious free time despite, or perhaps because of the fact that they’re totally inane.

Given the above examples, we’re willing to give the human race points for its inventiveness. But improving on inventions that already exist? That’s where we have a bit of a problem. You see, there are plenty of things out there that haven’t gotten better over time, as you’d expect with our awesome brains put to the task. No, many inventions have only gotten worse as they’ve been “improved upon,” mostly because people wanted to make them cheaper or faster or better for the environment.

In case you’re wondering, here are our criteria for whether an invention has gotten worse since it was first introduced: Is it less comfortable? Is it harder to use? Is it less pleasing to the senses, through sight, touch, or sound? And most of all, would we prefer to have the original version back? 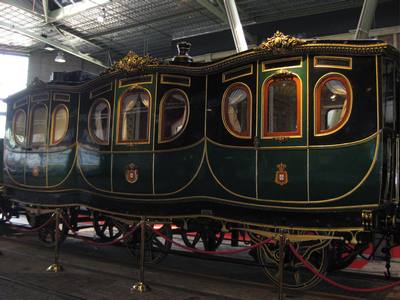 Now that’s what we call luxury!

There’s a good chance that if you’re reading this, you’ve rarely or perhaps never ridden a train before. Once the premiere mode of speedy and comfortable cross-country transportation, the modern world has relegated trains to transporting coal and a small number of people who somehow managed to miss out on the whole cars and planes thing.

If you’d been born fifty or a hundred years ago, you’d really be missing out. Back when riding in trains was all the rage, and the rich and stylish actively chose to go by train (because that was the best way to go), train cars were something to behold. They were lavishly decorated, and fitted with amenities such as high-class travelling restaurants and luxurious sleeper cars. Sure, they still had the boring old cars for people who wanted to save a load of cash. But if you had the money, the option for luxury was there.

Now, you’ll be lucky to find some cramped sleeping quarters and microwaved fare for consumption. Because people don’t ride trains as much anymore, there’s not the same call for quality services. And just like the airline business, trains have cut back in order to improve profit margins. 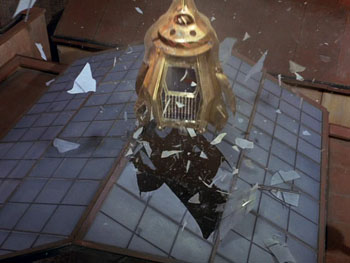 Well, apart from shooting through the roof, that’s a nice elevator.

You’ve probably seen fancy elevators in old-timey movies before, or if you’ve visited a part of the world that hasn’t caught up to the twentieth century yet. Sure, back in the day elevators might have broken down once in a while, but at least they looked stylish while doing it. These elevators usually didn’t travel very far up and down, and they were usually open so that you wouldn’t feel like you were trapped in a metal box. People actually enjoyed riding in elevators when they first came out. You’d even have special operators whose sole job was to open and close the door and press buttons so you wouldn’t have to sully your hands.

Because of “progress,” that’s all been done away with. Now, elevators are just bland metallic rooms that we stand in and try to avoid eye contact with other people. And avoid smelling them, of course.

We’ll admit that light bulbs have improved a little bit since Thomas Edison first invented them, and consequently created a symbol for bright ideas everywhere (get it?). The size has been standardized so you know they’ll fit in the socket, they’re longer lasting, available in different light qualities and brightnesses, and more. The most recent “improvement” of electric light has been the introduction of compact fluorescent bulbs, which use less energy and are supposedly better for the environment, a fact that the government has used to start phasing out incandescent bulbs completely.

The thing is, there’s a reason that people use incandescent bulbs instead of fluorescent ones. People don’t exactly prefer that their houses are lighted like warehouses or offices, and that’s because the quality of light just isn’t as good. CFLs are like the margarine of the lighting world: fine in a pinch but, in the long run, butter is better and it just doesn’t seem fair to unilaterally make a product illegal like that. Plus, if you were ever confused by watt ratings before, just wait till you’re hunting for the “20W CFL looks like 50W!” model you need for your desk lamp. 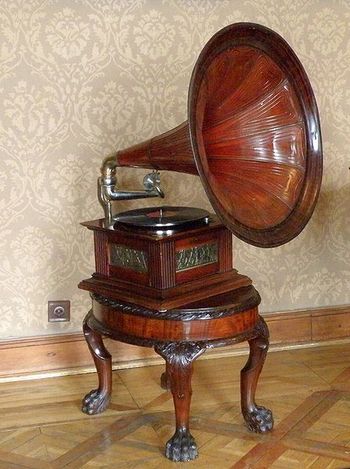 That’s one stylish stereo you’ve got there! Does it play mp3s?

First of all, we admit that we’re glad we don’t have to wind up our electronic musical storage devices every time we want to play a song. Although it would be good exercise, it would probably also get annoying.

The mostly electronic devices we use to listen to our favorite songs are convenient, there’s no doubt about that. But what we’ve gained in convenience, we’ve lost in sound quality. You’ll never find a true audiophile who gushes over the quality of sound coming out of that little plastic and metal box with rubber earbuds, and that’s because the nature of sound is that it, well, sounds better when produced in an analog manner. Just like the best musical artists sound better live, because you don’t get all of the filtering and tampering that you get in recordings. That’s right; the little “imperfections” that people try to get rid of are what actually makes for a richer listening experience. Not that it’s going to make us switch back to records or gramophones anytime soon, but it is worth thinking (and complaining) about. Something tells us your spring break pictures won’t be around as long as this one has.

This picture was taken more than 100 years ago, and it’s a beautiful testament to the art of photography and the science of the analog camera.

Sure, with the invention of the digital camera, we were suddenly able to take pictures of pretty much whatever we wanted, whenever we wanted. And do you know what that lead to? A bunch of really, really terrible photographs. Do you know what analog photographs don’t ever have? Pixelation. Because (depending on what source you check) 35mm film has a “resolution” of between 50 and 200 megapixels, whereas your standard decent digital camera has a resolution of around 10 megapixels. Not only that, but back when photos cost money to develop, people took a little more care with their shots.

We appreciate the convenience of the digital photograph. We just think it’s kind of ironic that we’ve worked so hard to develop a system that takes pictures as good as another system that was perfected half a century ago. 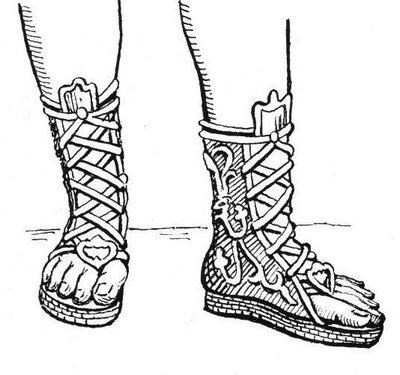 Funnily enough, you might be better off running in these than some of the high-tech stuff out there.

Shoes are an invention that most people can appreciate, especially if you’ve ever stepped on a piece of broken glass or a sharp rock when you’ve walked around barefoot.

But shoes have pretty much always been able to protect feet from intrusion by outside objects; haven’t they gotten farther than that in recent years? If marketing is to be believed, the futuristic shoes of today with their rubber ridges, their plastic meshes, and their insoles custom-sized to fit your feet all help to improve your posture, help you lose weight, and tone your muscles, among other things. That’s got to be a good thing!

Not necessarily. A lot of the recent developments in shoe technology have actually served to distort the way that people use their feet and their legs. The end result is discomfort and even possible injury. So what did those super high-tech shoe companies do when they realized this? Why, develop shoes that mimic the already awesomely tuned structure of our feet, of course! The running shoes of the future are just like how our feet started out! Surprise!