Home Entertainment 6 Internet Memes That Will Lead to World Domination

Interestingly enough, the idea of “meme” has been around for more than a hundred years. But only in the past couple has it become the hilarious, ubiquitous phenomenon, some might say plague, that we know and love/hate today.

In case you simply refuse to participate in popular culture, a meme is an idea that catches on with a group of people and spreads. Think of it as a mind-virus. Current memes appear mostly on the internet, take the form of videos or pictures with captions, and can spread to any and all forms of media.

You might think that the general silliness, lack of direction and sub-standard intellectual content of most memes makes them harmless. And you would be wrong! We’ve just discovered that many memes are, in fact, intelligently conceived fronts for world domination plots. Don’t believe us? Read on! 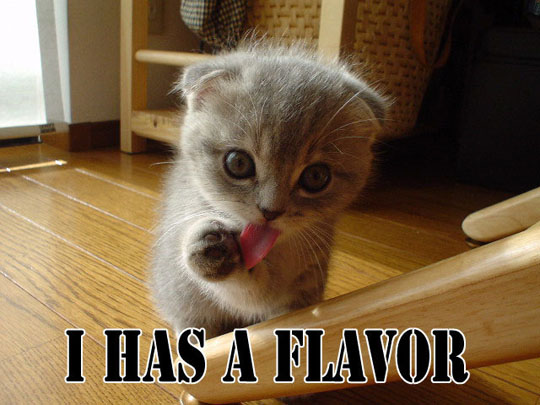 Yes you do! And that flavor is OMG!1!!!!SquEEEEeee!

How could something so cute ever possibly be evil? Just look at it! Look at it! The tiny tongue! The quizzical expression! The cute button nose… you say, as you head explodes at the cuteness overload.

And that’s just it. You think that you’re tough, and that you can withstand any sort of threat you might encounter, from zombie infestations to alien invasions to swarms of preteens battling for the favor of their current heartthrob… but when the cuteness comes to town, no matter how resilient you think you might be, you’ll turn into a puddle of goo with no willpower whatsoever. Soon you’ll find yourself trawling the internet for these kinds of images, selling your very soul just for one more glimpse of longcat or the Itty Bitty Kitty Committee.

And as your brain overloads, the perpetrators of the meme swing into full control. We’ll never even know if it was the owners or the very cats themselves who are to blame for the new world order, and we probably won’t even care. 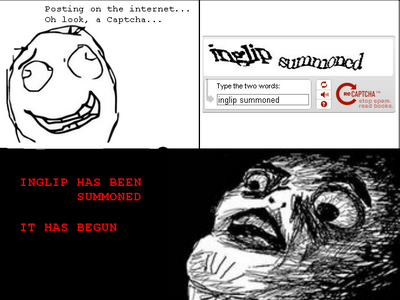 You might not get it right away. Give it time.

Here is one of those memes that came as a spontaneous result of the combination of other internet phenomena, a sort of meme evolution, if you will.

This is a little hard to explain if you have no frame of reference, but we’ll do our best. Basically, the ‘father’ of this meme is the Rage Guy meme, also known as ‘fffffffffffffffuuuuuuuuuuuuuuuuuu’ (excuse our possible misspelling). Basically, Rage Guy is a meme that perfectly encapsulates the bad experiences we all share, such as finding out the object of our affection is taken by someone more interesting or more attractive, or just starting to fall asleep when the smoke alarm low battery beep goes off – all in handy illustrated form. The ‘mother’ of this meme is ReCaptcha, a type of internet security that requires users to type characters into a box to authenticate their human-ness, and occasionally delivering pithy witticisms.

It was only a matter of time before the two memes collided, and the Lord Inglip was summoned from the dark depths of the internet. He now assembles his Gropaga army under his dark banner, and awaits the right moment to unleash his evil powers so he can rule us all.

Or it might turn out to not be real, to be just another twisted dead-end in the infinity of the internet. Who knows? Just don’t say we didn’t tell you when the events foretold in the Inglipnomicon turn out to be true! 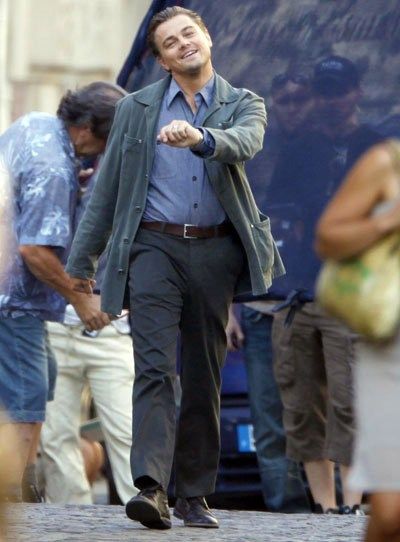 Almost as cute as a Lolcat!

Celebrity memes such as Strutting Leo, Sad Keanu, and Prancing Cera are just fun bits of entertainment. Nothing wrong with taking celebrities down to size for being just like the rest of us… Only, not like the rest of us, because people relentlessly capture them in all their most interesting and potentially embarrassing moments and plaster their images about for the world to see. Most of us still long for that kind of ignominy.

The thing is, big celebrities already have iron-fisted control of movies, television and music. They’re even sticking their noses into our clothing, accessories, perfume – even the food we eat now comes celebrity-endorsed! For a long time, at least we could be safe in the knowledge that they hadn’t yet gained control of the internets – but not anymore! They’re seeping into our collective consciousness like never before. Before we know it, they’ll have complete control over our lives. We’ll even thank them for the privilege of letting their beautiful smiling likenesses govern our every move from afar. It will be a bloodless coup. 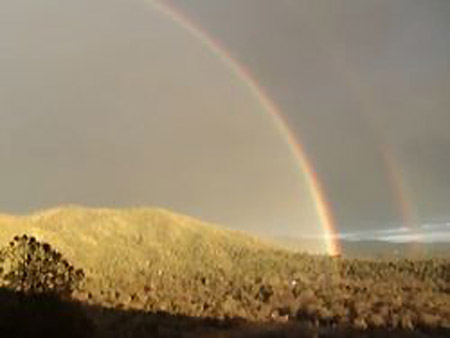 True, it’s awesome, but the flip out is a little above and beyond what’s strictly necessary.

The opposite of celebrity memes are the memes by the 15 minutes of famers. You know the ones, those people who become famous on the internet (whether they like it or not, sometimes) and after that, everyone forgets about them. People like the Bed Intruder guy, Double Rainbow guy, etc. These aren’t people that we look at and think, “I’ll never be that talented/good-looking/rich/powerful;” these are people who make us think that we too can rocket to fame and fortune with no talent, skill, or effort. They make us truly believe that a video camera and an internet connection is all it takes to make our dreams come true.

The thing that we often forget, though, is that behind every famous internet average Joe are millions of videos that never quite make the cut. Ironically, people will end up spending time and effort trying to get noticed on the internet for doing absolutely nothing of note, and many will never even make it into the pseudo-spotlight. For every Lightsaber boy, there are thousands of other nobodies, wringing their hands and asking the viral video gods to shine their light down.

How will this lead to world domination? Well, people will become increasingly hungry for fame, and the ubiquity of the internet will shorten our attention spans until we simply don’t care anymore. Meanwhile, the perpetrators of this meme will secretly slip into the vacuum of power left as politicians and others of note devote their days to YouTube fame attempts.

All Your Base Are Belong To Us 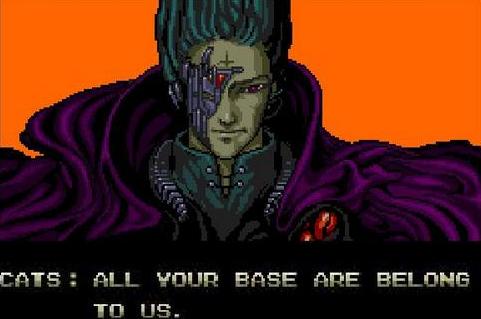 This is another domination meme that people haven’t taken as seriously as they should have. Seriously. The perpetrators of this meme make us laugh with a few choice poorly-translated phrases from an old-school videogame, and then show us a terrifying montage of the ways that all of our base are indeed ‘belong to’ whoever the mastermind is behind the domination plot.

The secret weapon of many of these schemers is using our own laughter against us. We don’t take seriously things that we laugh at, in many cases. That’s how they get us; while we’re busy laughing and talking about how silly a meme is, the people spreading the meme are rubbing their hands and twirling their evil mustaches and waiting for the right moment to strike. 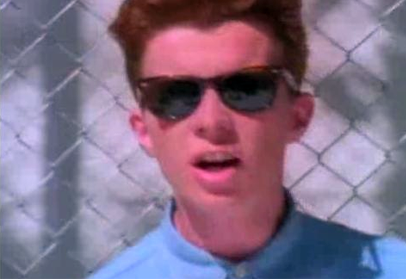 Hey, so there’s this really interesting link that has a great video about cats with cute captions and people jumping on trampolines and hitting their heads and it’s going viral and you need to check it out right now so that you can be in the know and not be an internet n00b like you always end up being.

Haha!! That was so hilarious! We said that we were going to show you a video of one thing, and then we showed you a video of a completely different thing and it was funny because it was a video that people do that with a lot! And also, Rick Astley played at the Super Bowl! Or something like that. Researching stuff is hard.

But no, really, here is the link we were going to send you.

Got you again! Jeez, will you never learn? The funniest part is how many times we Rick Rolled ourselves during the writing of this article. Just kidding; the funniest part is that while you were busy clicking, fuming, and cursing our name, Rick Astley took over your car, your house, your place of work, and your country. Happy video watching! 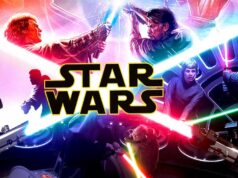