It’s reasonably understandable that when we play videogames, we wish we could fly, or shoot plasma from our arms, or double jump. It’s not reasonably understandable that we take this desire and try to partially fulfill it on any day other than Halloween. Yet this is what cosplay is all about – dressing up as a video game/anime/manga character for no other reason than to convince everyone (including yourself) how “coolio” you are. Interestingly, cosplay costumes follow something of a reverse bell curve, with people choosing to either dress up as extremely popular characters or characters absolutely no one knows about. And because reading about characters you don’t know about isn’t fun, we’ll take it in the other direction.

Femme Fatale and bounty hunter extraordinaire Samus Aran has been a staple in gaming since her release in the 1986 game Metroid. She typically dons a Varia suit of Chozo armor over that bodacious body of hers, a suit that allows her to fire a variety of armaments from her right arm, including a power beam, missiles, and grapple beam. It also gives her the ability to curl up into a ridiculously small ball. 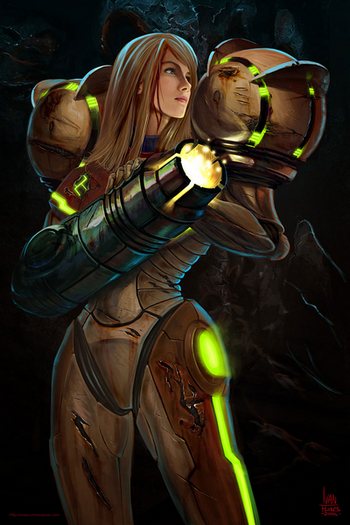 Yeah we know. We tap that too if we weren’t so scared she’d kill us.

So with such an awesome suit, you’d have to be crazy to dress up like her right? Right. But since when has that stopped nerds? 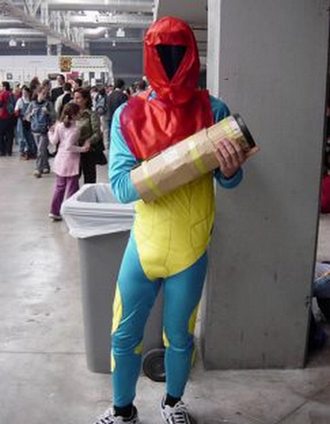 There should be a basic understanding when it comes to cosplay: if you’re a human being, which we really hope you are, you should dress up as a human being. Seems an easy enough rule to follow, especially because it would be pretty hard to dress up as a convincing dog, or elephant, or… 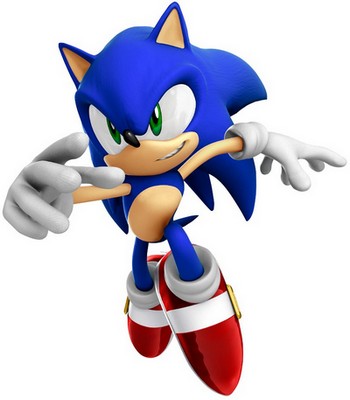 Sonic’s been going steadily downhill ever since Gamecube’s Sonic Adventure 2 Battle, but still remains Sega’s flagship, going head to head with Mario for years. He’s on a constant quest to foil Dr. Robotnik’s schemes, he has a ring fetish, and loves Chaos Emeralds. Recently he’s been seen racing cars and going to the Olympics. Also, HE’S A HEDGEHOG. You can’t make a human look like that – not convincingly anyways. What? You say you can? Oh you poor misguided soul. We have something you should see. 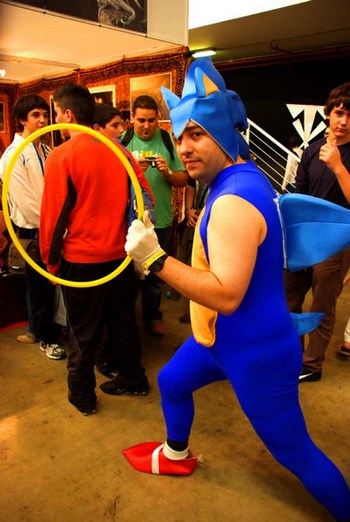 Few characters match the sheer manliness that is Master Chief. Star of the Halo series (brainchild of Bungie), you can typically find him skewering his Covenant enemies with energy swords, sniping from the shadows, or riding atomic bombs through space. If you cosplay this guy, you better know what you’re doing. 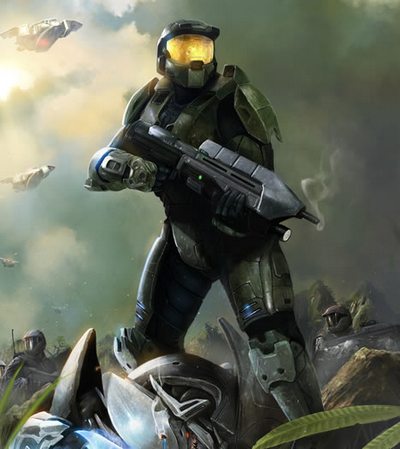 The guy your wife will definitely leave you for.

Most people do tend to understand the gravity of choosing to dress as Master Chief. With costumes that can easily cost upwards of $1000, the very best in Master Chief cosplay is honestly a pretty cool sight to behold. 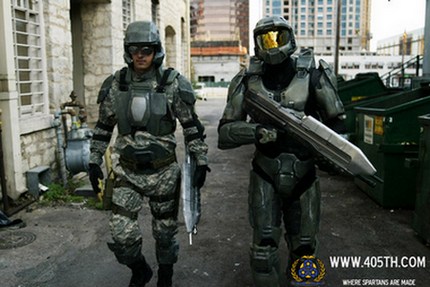 And then there are those who completely underestimate the gravity. They don’t have the means to pull off the costume, but rather than choose an equally manly and less expensive costume (eg: Snake), they decide to go all in with the chief, and disaster – albeit hilarious disaster – ensues. 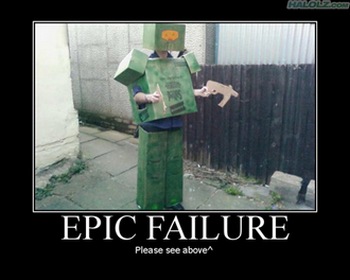 Gaze upon my cardboard and know fear!