Earth has plenty of natural disasters and tragedies; we have tornadoes that rip up the Midwest yearly, hurricanes that flatten and drown cities, and volcanic eruptions that evacuate entire island nations. But the rest of the solar system is a much harsher place, with disasters that would end life as we know it if they happened here.

Volcanoes are a big deal here on Earth; they are worshiped as gods, and rightfully feared for their ability to both create and destroy. I haven’t heard of any other natural disaster that has caused entire civilizations to disappear or to have to pack up and move; In my lifetime I can cite Mt Pinatubo and Montserrat as two cases where an entire island nation has had to jump ship because the volcano they lived on tried to kill them. And we have some doozies; calderas are what we also call super volcanoes, which are volcanoes that stretch for hundreds of miles and have the power to kill us all. 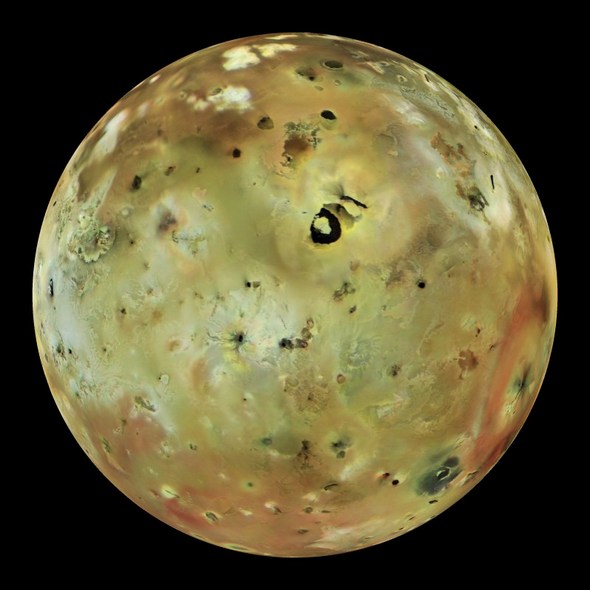 A moon of Jupiter, or a teenager’s face; you be the judge.

On Jupiter’s moon, Io, that kind of thing is a daily occurrence. The stress of passing through Jupiter’s massively powerful magnetic field, along with being bathed in radiation from the giant planet causes the moon to boil over with sulfur volcanoes constantly.

The volcanic explosions can toss material up to 120 miles into the sky, and generate lava flows that are hundreds of miles long. That would be like Krakatoa, which changed the world climate for several years after it blew up, every day, several times a day. Imagine the planet where Anakin Skywalker got his legs chopped off (you saw Revenge of the Sith, right? Oh, *SPOILER*), except without an atmosphere, and constantly bathed in radiation. 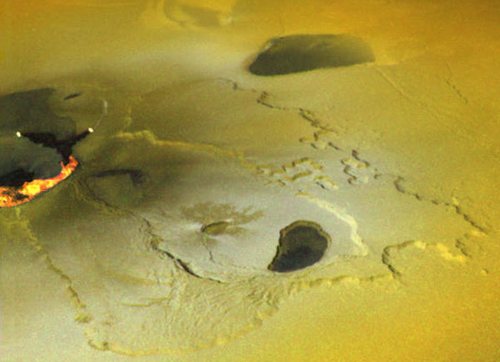 On earth, we have one event that appears to have been a comet impact. It happened back in the early 20th century over Tunguska in Siberia. The impact leveled every tree for 1000 square miles. We got off easy. 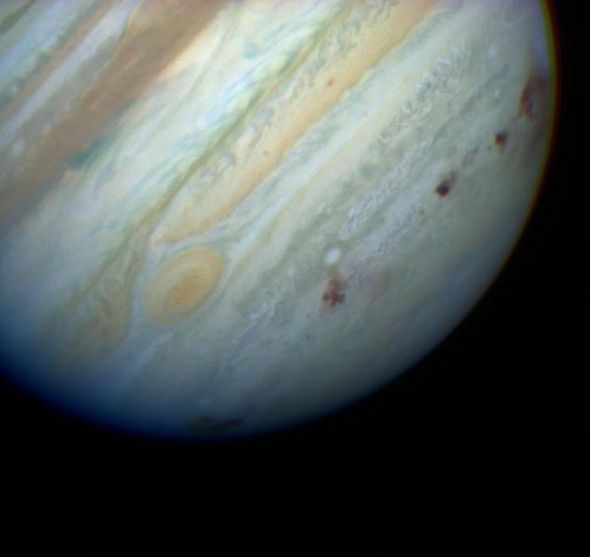 See those little brown bruises on the upper right part of the image? Each one of those was an impact site. What happened was this; the comet broke into several pieces because the same gravity and magnetism that causes Io to burp sulfur all over itself also ripped the comet apart. And then the gravity dragged those pieces into a crash course with the big planet. The result was a cataclysm that would have likely pushed the reset button for life on Earth. Many of the stains in the picture were the size of Earth, with the fireballs from the impact reached 24,000 ° Kelvin, that is 42740.33 ° Fahrenheit. The surface of the sun is 9941 °, by contrast.

That was over four times the temperature of the sun, over an area the size of our entire planet. The apocalypse in the movie 2012 was pretty lame, by comparison.

Speaking of Jupiter, it is home to the worst hurricane in the solar system. The Red Spot is a storm that has been raging for anywhere from 180 to 345 years, and is roughly 3 Earths in diameter. That should really put Jupiter’s size into perspective; our entire planet is the scale they use to measure parts of it. 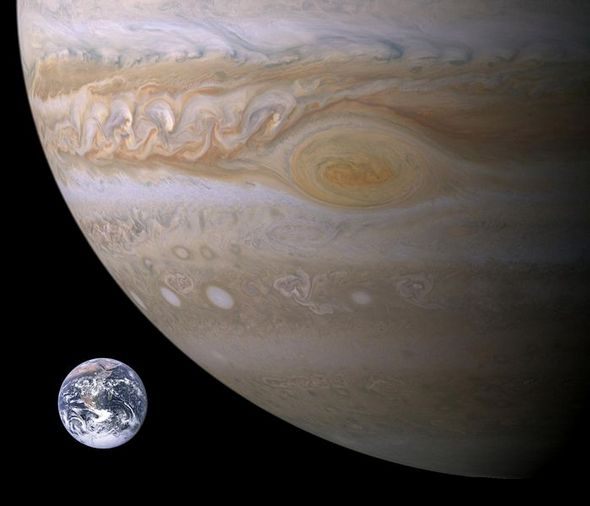 And to think, most buildings make us feel insignificant in comparison…

Hurricane Katrina was awful; it was huge, and had winds gusting up to 175 mph, and pretty much wiped New Orleans off the face of the earth. The winds in the Great Red Spot are around 268 Mph, which is more like a tornado than a hurricane. at that speed, it could put a piece of straw through the moon. Scientists aren’t quite sure why the spot has persisted for so long, or why it is red. Apparently sometimes it disappears from sight in the normal human spectrum of light, but it is still there and shows up on infrared. Apparently, some day it may just wink out of existence, when whatever is driving it stops. Or maybe if the monoliths get pulled into it. 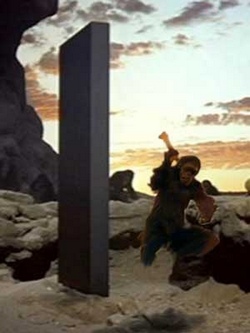