Have we surpassed the wisdom of one of the oldest civilizations, or do we still have something to learn from it? Many of the philosophers, alchemists, and psychoanalysts throughout history have pondered on this ancient knowledge in newer contexts. What are some questions we can pose to ourselves now, in the 21st century?

Recurring myths of light and darkness and transformative powers of order and chaos still hold our attention. The center figure of this myth is the sun god Ra, ruler of all living life, rebirth, transformation, and abundance. What is the mystery and deeper meaning of this multifaceted god, a congruence of multiple Egyptian deities? Known as the Sun God and the oldest deity in Egyptian mythology, Ra might mean more than what you learn in school. 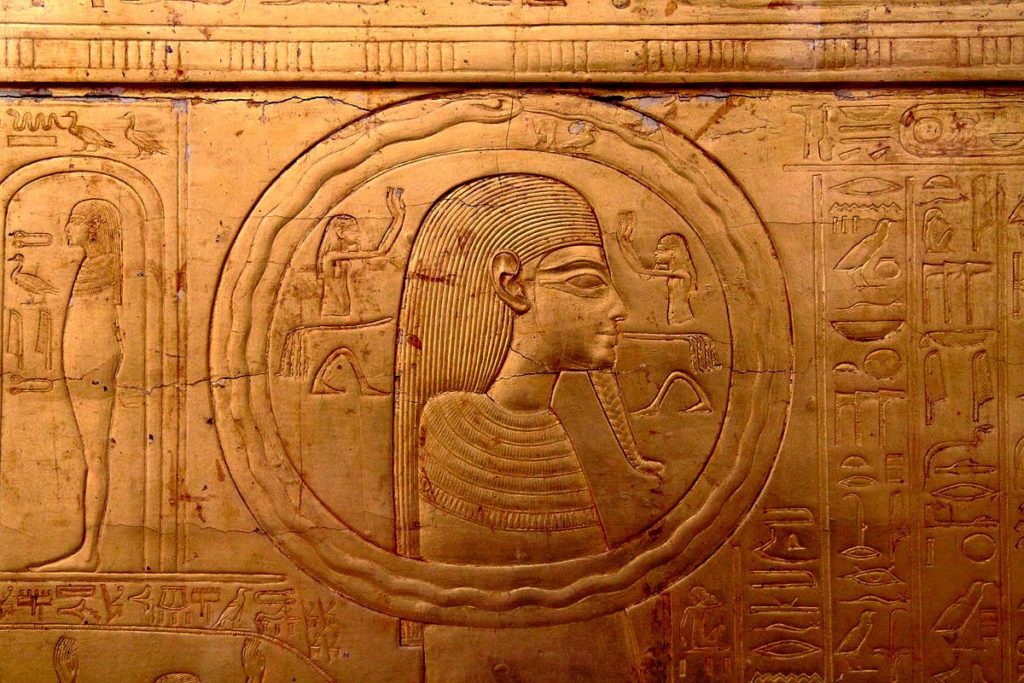 6The God of Creation

From the points of view of philosophy and history, the Egyptians conceived the world as the valley in which they lived. Apart from the primordial waters, the world also originated out of another dominant element, that is the sun. It is as cruel and merciless as it is nurturing, both giving life to all living beings and scourging lands and withering the crops. Its power was almost absolute at the time.

The earliest inhabitants of the land of Egypt saw the sun in the sky rise and set, as the waters of the Nile flowed from the south to the north, from the east to the west on a path that intersected that of the river itself. The sun was being swallowed every evening just as the god Ra was swallowed upon entering the Underworld. His rebirth was associated with the Sun showing up again on the horizon the next day.

Out of this simple observation, a deep mythological significance was derived. Firstly, being a solar deity, he is thus a manifestation of the creative life force embodied in the sunshine, fertile ground, and crops.

5Ankh as the Life Itself

This intersection of the river Nile and the Sun is actually depicted in the hieroglyphic symbol of Ankh, with the irregular loop on top of the cross representing the delta of the river. In Egyptian writing and art, this symbol used to signify life itself.

Thus the god Ra was generally depicted holding an Ankh in his right hand. Many of the later gods were represented with an Ankh as well, which is indicative of the way in which ancient Egyptians perceived other gods as being some form or derivative of Ra.

But this also indicates another important aspect of abundant life. It requires transformation. There is no state of perfect, unchanging being. In order to be alive, we must go through change and death. We’ll see later on how this makes great sense symbolically, but first, let’s how the Egyptians envisioned this transformation through the many faces of Ra.

4Many Faces of Ra

Ra himself went through a transformation cycle, just as he transformed throughout history and mythological genealogy. He had three incarnations – just as the Sun was different in the morning, midday and the afternoon. These symbolically represented the stages of prosperity,  but what’s more interesting is his death and descent into the underworld.

The sunset meant that Ra’s bark had been swallowed by Nut, and continued sailing to the underworld. His nemesis, the snake-like god Apep was thought to live there, sometimes considered the Eater of Souls. He awaited Ra in an attempt to plunge the world into

Darkness. As a result, Ra enlisted the help of numerous defenders that will make their journey with him, one of whom was the god Set, the only one able to resist the hypnosis of the serpent.

When Ra was in the underworld, he merged with Osiris, the god of the dead. This makes Set his own shadow, but in the realm of death and darkness, it is his shadow that can help him survive and be reborn.

Horus being the one to revive his father, Osiris is thus represented similarly to Ra, with a head of a falcon. This is why the Eye of Ra is very similar to the Eye of Horus. However, there is a difference. According to GiveMeHistory, the power of Ra’s eye was aggressive and raw, while that of Horus was seen as a peaceful protector.

The merging of Ra and Osiris in the Underworld later became the underlying philosophy of alchemy, and finally, Jung’s view on the cycle of transformation, known in alchemy as the ouroboros. The first appearance of the ouroboros is found in the funerary texts in the tomb of Tutankhamun. It represented the unified Ra-Osiris or the cycle of death and resurrection.

Simply put, alchemy is the art form of liberating something from its fixed physical properties. It is representative of what you would do in your own life if you are trying to transform yourself from your ordinary fixed physical self into your exalted state, an enlightened being. Carl Jung understood this well when he explained how death is the reason we are alive.

Alchemical work with the prima materia, known as the Great Work or Magnum opus, was later on recognized as the individuation process. But the four stages of alchemical transmutation can already be seen in the myth of Ra’s sailing on his solar barge. Nigredo phase is the night when Ra is swallowed by the underworld, while albedo, citrinitas, and rubedo represent the morning, midday and evening sun. This symbolism of growth, decline, death, and transformation appears in the Egyptian mortuary texts and bears the same message as the Jungian individuation process, in order to be truly alive. This goes as well for anything that is living, our culture, cultural systems, values – they all go through this same cycle of prosperity, decline, decay, and finally change.

We need to die in order to transform, shed our worn-out skin through our struggle with darkness and chaos. Only then can we be truly reborn, just as Ra is every morning. It is, essentially, an endless return to ourselves.