Lifetime is “television for women”. When the network premiered, it vowed to aim solely for the female demographic like no other network had ever done before. Then came Spike TV, which in turn vowed to make “television for men”. In doing so, they failed to grasp the underlying message: a women’s channel was only needed because every other network was targeting dudes. So, rather than seize the opportunity to address issues specific to men, the just aired other network’s hit shows. Eventually they came up with original programming that was notoriously sexist and lacking in any sort of subtext. And yet they developed fans anyway, meaning at any given hangout at a friend’s place you might find yourself stuck watching the repetitive dreck that is Spike TV.

Have no fear. We here at WeirdWorm have developed a few games that will aid you in acquiring the appropriate levels of blissful intoxication required to actually tolerate these programs. Most websites would suggest caution and responsibility, but we understand that if you’re reading this, it’s a good chance you’re doing so from a smartphone as a last resort. So simply find the show you’re being subjected to below and grab a stiff drink. For bonus points, try a WeirdWorm: Southern Comfort, OJ and Tequila (with the worm in of course).

MXC was one of Spike TV’s first hits and a guilty pleasure for millions. Originally, the show was titled Most Extreme Elimination Challenge until it was deemed “too hard to slur to your friends over a Jägerbomb”. The show dubs over and edits footage from one of Japan’s notoriously-painful-for-contestants gameshows. Since the show they use for fodder, Takeshi’s Castle, is designed to make contenders complete real life obstacle courses based on video games, it offers a unique blend of parody and physical pain.

The show ran for five seasons and 81 episodes, and was probably massively profitable. A handful of voice actors took the roles of two announcers, field reporter “Guy LeDouche” and the contestants. Removing anything remotely related to Japanese culture, the creators instead crammed sex and pop culture references into every line of dialogue like some two-bit internet list comedy writer. Popular segments included having people getting hurt, people getting seriously injured, and people making fun of people getting hurt/seriously injured. To lessen the tedium of the parade of nut shots and lacerations, follow this handy guide: • One drink: when someone says “Right you are”, “Indeed!” or “Baba ghanoush” • One drink: when a contestant looks like they’ll be permanently injured • Two drinks: when a joke is unfunny and offensive • Two drinks: if you catch yourself moaning in sympathy • Finish your drink: if the creators ever secure another job

Oblivious billed itself as “the gameshow that you don’t even know you’re on”. The brainstorming session for the show mostly revolved around taking tapes of Jeopardy and Hidden Camera and trying to get them to mate. The host, Regan Burns, would pose as some supposedly inconspicuous individual and ask people questions in public, awarding $20 per correct answer at the end. Supposedly, the original version of the show would have the host rob the contestant for incorrect answers but it was deemed “lawsuit bait” by the Spike legal department.

Most game shows that reward knowledge offer sports cars, thousands of dollars or the chance to hug Bob Barker as prizes. Oblivious, on the other hand, gave most contestants a maximum of $100, with one special segment per episode worth up to a whole $500 dollars. To make up for the fact that you could win double their budget by coming in third in Wheel of Fortune, they attempted “comedy”. This was accomplished by having the host masquerade as the totally believable roles of “Hollywood Agent” or “Man Getting Married at Taco Bell”. 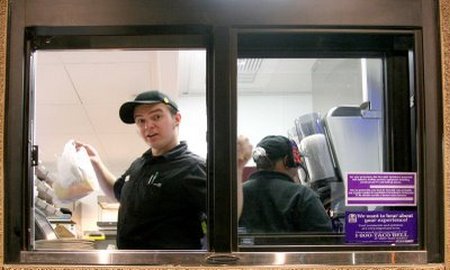 To alleviate the drudgery of people getting way too excited over winning a Benjamin, give these new rules a try: • One drink: someone wins $20 on a one question bumper before a commercial break • One drink: a contestant seems to catch on to what’s happening to them • Two drinks: some idiot goes 0/5 on their questions • Two drinks: someone fails to grasp the concept and refuses the money • Finish your drink: you find yourself not wanting to punch the host in the mouth3.

Taking the white hot brilliance that is list-based humour to the extreme, the show 1000 Ways to Die is one of Spikes newest “dirt cheap to make” shows. Though it clearly can’t decide whether it’s a trying to be a comic book, documentary or mockumentary, it does know that it likes death. Each show discusses several different mythical and supposedly real deaths.

Each episode also features low paid actors/relatives of the producers demonstrating as much hubris as they can so you don’t feel bad for them. The narrator keeps the ball rolling by barely hiding his disdain for people who died in the freak accidents depicted. The show is also notable for its extremely hopeful title, since it presents only six deaths an episode and averages 8 episodes each season, this means it would take an additional 18 seasons to complete the list. 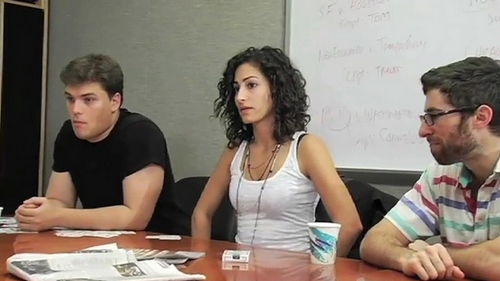