The upcoming Star Wars sequels will turn out more internet speculation than the attacks of September 11th. Chances are that most of it will be about as true in both cases.

The last time that we were collectively teased with Star Wars movies was when the internet was really just getting into full swing. From the title of the new movies to what characters and locations meant, the last prequel franchise would have in fact been a lot crazier had the fans been allowed to write it, though we’re not saying necessarily worse.

Even after there were pictures that surfaced in which you saw Neeson in full garb, there was still speculation that somehow Neeson was going to be cursed into being in small green Yoda form.

Keep in mind, this is about the most well preserved 850-year-old man this side of Mel Brook’s 2000-year-old man. The transformation scene alone may have been the most gruesome thing put on film this side of Jeff Goldblum in The Fly if done right.

Fortunately, it was all just a rumor and we were not actively exposed to any of it. However, this was given credence at the time.

2Charlton Heston As An Elder Jedi 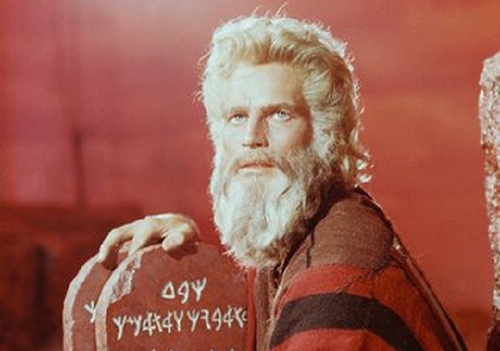 This one gained so much steam that Star Wars producer Rick McCallum came out and denied it before the first movie ever came out.

The way he denied it, you would probably be led to believe that Heston’s politics may have had something to do with it. The truth is that it was an idea that gained a lot of steam. Heston would have seemed to fill a certain ‘Alec Guinness Gravitas’ that was ultimately missing even though they had Neeson in the movie.

A cameo by Moses was felt to be a nod to the nature of the roles the actor played as well as give some credence to the franchise in general. Besides, who would not love having heard Heston’s scream out in an over the top display “It’s people. The Force is made of people!!!”

3Amidala Would Kind of Be Banging ….. Well Everyone

Everyone kind of assumed that there would be a compelling reason for Anakin Skywalker to fall for the Dark Side. They assumed that the reason would be something a little bit beyond “I don’t really understand why a person has to lie occasionally so I might as well destroy a universe in which the truth cannot always be told.” A lot the speculation developed around who would become Ani’s baby mama.

If Obi Wan also fell down to the temptation of the beautiful future Black Swan, then that might add some added tension to the lightsaber duel at the end. There was also the possibility of Senator Bail Organa since it was firmly established that Leia grew up on Alderaan. Even freakier, there was the thought that Amidala might have been with Anakin, Obi Wan, and Organa all at the same time. This led to the interesting idea that Leia’s mama’s pillow talk led to the downfall of an entire universe.

4Admiral Ackbar’s Planet Will Appear in Episode I… No Wait Episode II… Just Show Us The Planet!

In both Star Wars Episode, I: The Phantom Menace, as well as Star Wars Episode II: Attack of the Clones, people, were absolutely sure that the trailers indicated that we were finally going to see the fabled water planet of Mon Calamari where presumably Admiral Ackbar and his crew turned from Disney Cruise Liner employees into Somalian Pirates. 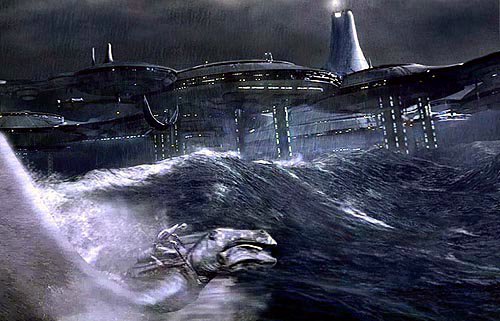 Since no one had any freaking clue what a Gungan or Kimnoan was at the time, naturally an overabundance of any type of water would have to mean that the planet must be the Mon Calamari.

Of course, this logic wound up being just a tad bit off. The question that the mind naturally would turn to then at that point would be “Why on Earth or any other planet was everyone so hepped up to see the planet of red squid men anyway?” Seriously, that is the destination that these people just have to have. It might be just because they were so consistently turned down.

The only thing possibly lamer than that would have been Star Wars Episode I: The Phantom of the Opera Menace. It seemed to reason that the main reason that the internet was waiting for the eventual title to be released was so that they could go ahead and bitch rather heartily about the whole thing.

6When Would The Turn Occur?

Not all of the speculation about the prequel trilogy was so crazy that the cat in the internet meme screaming about the dragons in the kitchen looked sane. One of the most intriguing schools of thought concerned when ‘the turn’ was going to occur.

Of course, the turn was the moment when Anakin fell from a good guy to a bad guy. One particularly intriguing theory was that Anakin’s turn would actually occur at the end of the second part of the trilogy. This would leave us with a whole movie featuring a young Vader before the final climactic duel.

This internet theory really started to pick up steam when there was also some debate over whether Christopher Lee was going to play a good guy or bad guy in what became Star Wars Episode II: Attack of the Clones. Unfortunately, most of that movie became a drama that you were trying to desperately escape while trapped in your own freshman dorm room. “OK, this is fun but where is our relationship …going?”