Home Comics 6 Comic Book Movies That May Never Get Made

We guarantee at this very moment there are two or more comic based films playing at your local cinema. You would think with the sheer number of comic movies out there every character from Aunt May to Wonder Woman’s tampon would already have their own movie. Obviously that’s just not the case. What follows are six potentially classic comic book movies which may never get made. 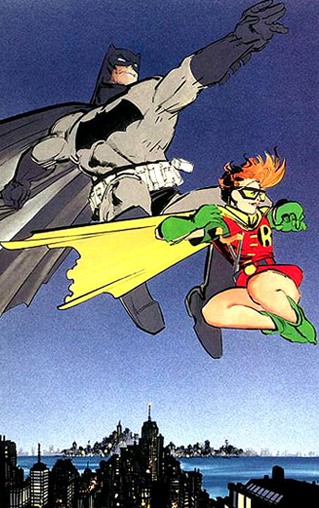 Frank Miller’s miniseries, Batman: The Dark Knight Returns, is the most beloved book in existence for many comic fans. The original series was first published in 1986 and has since gone onto become a geek legend of epic proportions. The book boldly broke new ground when it cleverly re-imagined Batman as a brooding, 55 year old, nut-job living in a dystopian Gotham City. The very concept is so inherently awesome that even the combined dark, mystical powers of Oprah Winfrey, Bill Gates and Justin Bieber couldn’t stop it. 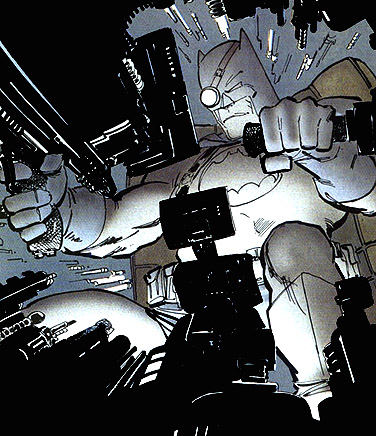 There isn’t enough ass on the planet for this book to kick.

The story was set ten years after Bruce Wayne retired from crime-fighting in the wake of Robin’s death. The memorable series featured Batman returning to the lawless streets of Gotham and battling mutant gangs, Two-Face, Joker and even DC’s big blue boy-scout, Superman. Realistically speaking of course if Superman verses Batman actually took place on the big screen then theaters owners would have some serious issues. 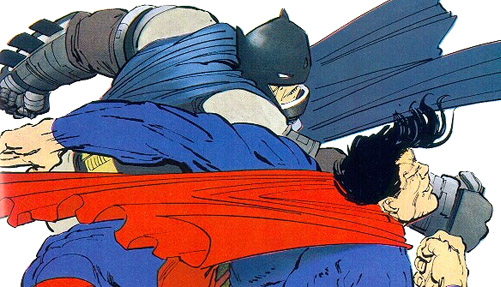 Entire maintenance crews would be placed on call to keep up with comic geeks sh**ing their pants.

If the material were handled properly for a cinematic treatment, as Christopher Nolan has clearly shown can be done, then this movie would be every fans wet dream. But will we ever see this classic graphic novel translated to the big screen? Well anything can happen, especially considering Nolan’s Bat trilogy is drawing to a close. In the meantime we can look forward to an animated feature based on Miller’s legendary miniseries. 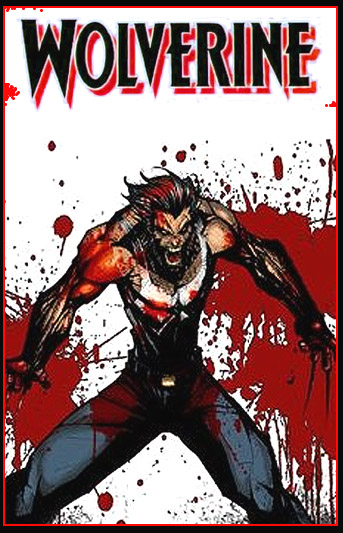 Wolverine is a character that truly needs no introduction. In the 80’s and 90’s every kid included a “Wolverine movie” on their private wish-lists to God and Santa Claus. But now that we are grown up and have several movies featuring the popular Marvel character what do we do? We complain endlessly on the internet (or to anyone insane enough to listen) that the depiction of Wolverine in the movies isn’t the version we really want to see. One of the biggest gripes you’ll hear when it comes to Hugh Jackman’s Wolverine is that he doesn’t fit the part. Some say he’s too tall, some say he’s too handsome and others just say (insert random nerd rant here). Naturally, comic and movie fans across the web aren’t shy when it comes to expressing their view points. This is especially true as it relates to this popular claw wielding psychopath.

A claw wielding psychopath who has cried in almost every movie he’s appeared in. Thanks Fox!

The current consensus seems to be that fans want a bloody, balls to the wall, R-Rated Wolverine flick. Perhaps this is to offset the more down to earth, neutered Wolverine that we’ve seen so far in the films. To better illustrate our point about an R-Rated flick, please refer to this opening scene from the X-Men Origins: Wolverine video game… 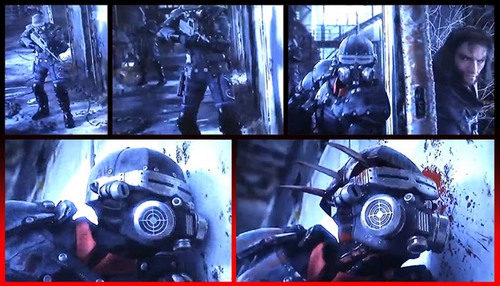 Basically fans want this, lots and lots of this.

Would Fox dare release a gory, ultra-violent Wolverine movie? We highly doubt it. Not when he’s obviously their most popular character and millions of kids love him. And as everyone knows, kids equal profit. Unfortunately for the rest of us that means we’ll likely never see Wolverine on the big screen savagely slicing his way through an army of enemies as blood and guts splatter everywhere. It’s tragic really.

Speaking of X-characters who we’d like to see appear onscreen closer to their comic counterparts….

X-Men (True to the Source Material) 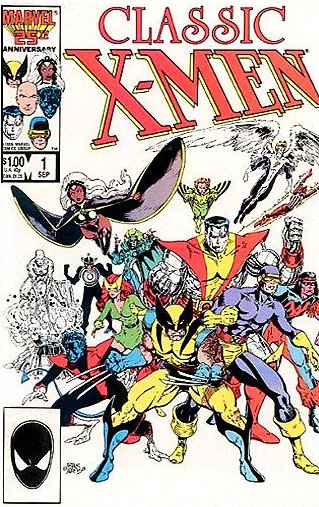 For the popcorn eating masses who barely know the difference between Colossus and Magneto’s ass we’re sure the current movies are simply a fun night out at the multiplex. Despite the success of the films, many of the hardcore loyal comic fans have been thoroughly frustrated ever since Bryan Singer took the reigns in 2000. For these explicitly vocal fans the movies simply stray way too far from their source material. For example, in the comics, before teaming with the X-Men, Rogue originally joined Mystique’s Brotherhood of Evil Mutants, battled Ms. Marvel and absorbed her powers of super-strength and flight. However none of that was present in the films. 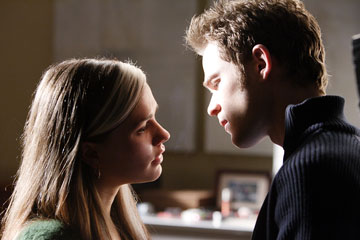 Instead Rogue mostly just moped around a lot and thought about boys.

Granted, whenever something is translated from one medium to another it’s a given that changes will occur. However in the opinions of many serious X-fans the excessive changes made to core characters and classic back stories has simply turned the films into something else entirely. 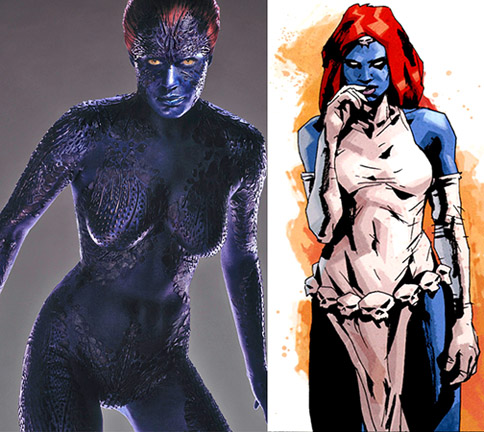 Now they are naked, blue and covered in weird scales.

To their credit, one thing Hollywood has gotten right is the comic’s important social themes and concerns pertaining to oppression, prejudice and racism. However along the way many other details and arcs have been overlooked or inexplicably altered beyond recognition. The only choice at this point (according to a legion of passionate online geeks) is a complete reboot of the franchise. This way all of the classic storylines such as the Dark Phoenix Saga, Days of Future Past, Onslaught and Age of Apocalypse actually stands a remote chance of being properly adapted. Rebooting would also mean that numerous characters which were mishandled, underused or ignored in the films would finally get their chance to shine on the big screen. Of course the chances of this actually happening anytime soon are slim to none. Fox has a stranglehold on the X-universe and they aren’t about to let go, nor are they going to completely toss out a decade plus worth of film continuity. Although as anyone who has seen X-Men First Class will tell you, they aren’t above fudging their own established continuity either.

Hollywood doesn’t care what you say, damn it these guys are the same! Also, the exact timeline of when Prof. X could walk is apparently debatable. 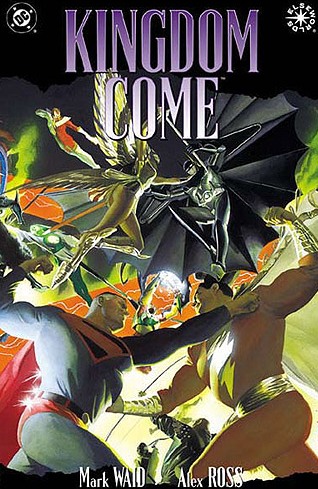 Although a film of this nature would cover similar ground as Dark Knight Returns, we would’ve been forced to punch ourselves in the ****s for not giving it a mention. The Kingdom Come miniseries is another one of DC’s most popular and acclaimed projects. This epic 1996 graphic novel was crafted by comic god / writer / artist Alex Ross. The book featured practically every single DC character in existence. 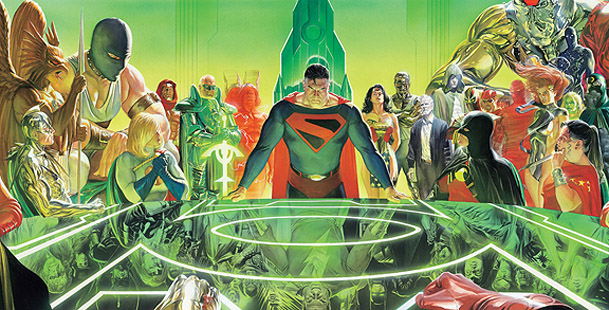 Figuring out where they were going to order lunch was always a nightmare.

The story was set in the distant future where it seems countless awesome storylines take place. The book mostly dealt with the heated conflict between the classic superheroes, (Superman, Wonder Woman, Flash…etc…) and a dangerous new generation of vigilantes who didn’t give a crap about collateral damage or justice being served. Naturally it was only a matter of time in the story before Superman was coaxed out of retirement, Batman got involved more heavily and all hell broke loose. A film of this scope and magnitude might be logistically impossible, but then again, that’s what they said about many epic films. Nevertheless, our guess is we’re more likely to see this as an animated film before we ever see it unfold on the big screen. 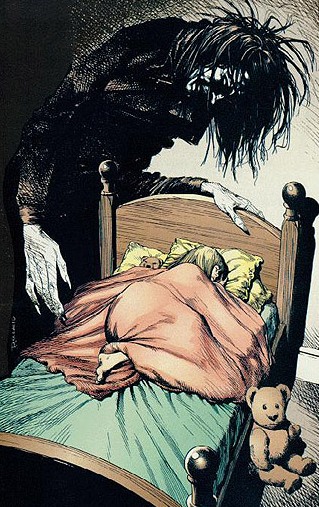 Fans are a bit split on the idea of this potential cinematic adaptation. For those unfamiliar with Sandman, it was a highly acclaimed series written by Neil Gaiman and published by DC Comics under its Vertigo imprint. It ran from 1989 through 1996. The dark and distinctive book followed the main character known as Dream, who was the “Lord of Dreams” and in essence an anthropomorphic personification of dreams. It was one of the few comics that managed to claw its way into the big-brains of intellectuals, art lovers and even into the hearts of a previously untapped female readership. The series was also on The New York Times Best Seller list, alongside the likes of Watchmen and The Dark Knight Returns. 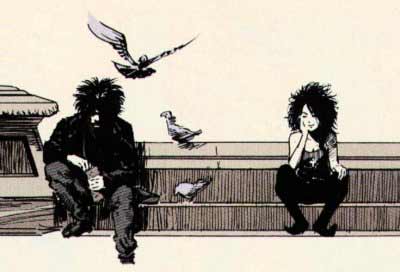 Sadly the Twilight crowd might scare off genuine fans if this movie ever really did hit theaters..

The Sandman is one of the few movies on our list that has at least been somewhat close to getting made. However, like many Hollywood projects it remains is development hell. The book’s creator Gaiman has spent years fighting the good fight to not allow Hollywood to rape his cherished series. In fact he has openly stated “I’d rather see no Sandman movie made than a bad Sandman movie.” This is a truly refreshing stance all things considered. In 2010 DC and Warner Bros. pretty much gave up on a film adaptation and instead attempted to turn the series into a television show on HBO. Unfortunately even that endeavor fell through. It would seem this property is never going to see the light of day outside of print. But as Gaiman has said, maybe that’s for the best. 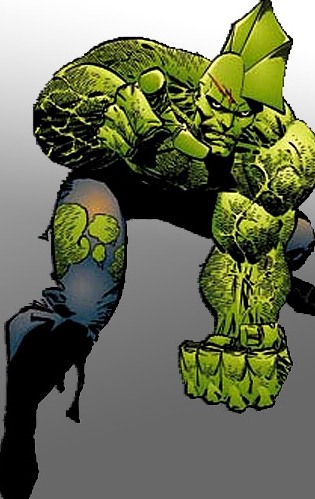 Number one on our list is Image Comics veteran green skinned hero, The Savage Dragon. If you’re unfamiliar with this particular character you are not alone. Unfortunately, this bad-ass series is overlooked by most of the planet. Savage Dragon was created by Erik Larsen, and was published back in 1993. It is currently the longest running comic to feature the same artist and writer. Nobody has remained on a book any where close to the amount of time Larsen has put in. To this day, his passion for the character still shows in every panel. As well it should considering he created Dragon and many of the books supporting characters while still in elementary school. If you don’t think that’s a big deal then just think about how many projects most of us started in our youth only to quickly abandon the second something cool came on tv. So what’s so great about this comic book? Well for one thing it has a sick sense of humor. 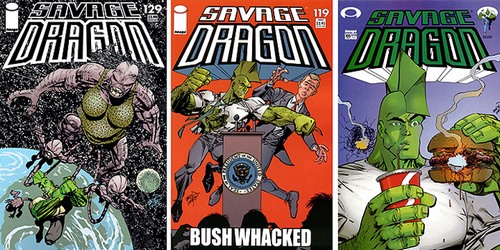 Yeah those are umbilical cords and demon spawn. Yeah that’s George Bush getting knocked the f*** out. And yeah that’s a bullet hole in a cheeseburger.

Needless to say Dragon is a lot more than just Hulk with a fin on his head. The character himself and the world he inhabits has evolved so much over the years that he’s difficult to pin down. Generally speaking, the comic is about the ongoing adventures of a ridiculously strong and charismatic super-hero named Dragon. The most popular incarnation of the character was likely the “Officer Dragon Era” back when the book was initially launched. In the early days Dragon battled criminal “superfreaks” known as the Vicious Circle, who spent their days terrorizing Chicago. 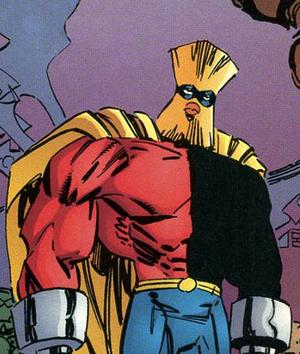 Did we mention the part about there being a super-powered chicken?

The Savage Dragon series has it all; solid stories with interesting twists and turns, a great cast of supporting players, freaky villains and best of all it’s still going strong. Adapting this series for a live-action film could introduce the character to a world of people who likely didn’t even know the comic existed.

Now get to it Hollywood. 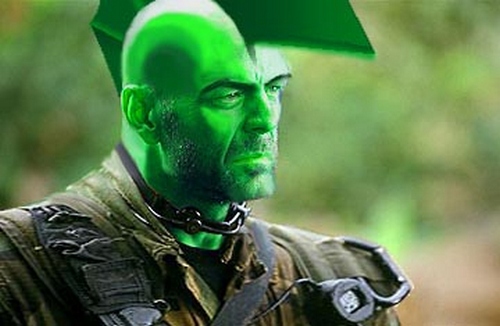 Bruce Willis isn’t getting any younger.

8 Advantages and Disadvantages of Distance learning: How to Make it Work?

8 Betting Basics to Learn Before Placing Your First Bet