If you’re a person reading comedy on the internet, then odds are at some point in your life, you’ve watched Seinfeld. And if you’re at all familiar with the show, there’s a pretty good chance you remember the episode in which Jerry and George decide that the plot of their pilot for NBC should revolve around a guy being sentenced to become Jerry’s butler. Even by Seinfeld standards, it was a little preposterous, but that was the point. It could never happen in real life, and that’s what made it funny. I mean, it couldn’t actually happen in real life, could it? Well, that depends on who you get as a judge, if these cases are any indication.

Wait…so these really DO still exist?

Old people can get a little crazy. It’s not really news to say that, since we’ve all had grandparents or at least been leered at awkwardly by some crazy old man named Pete. For the record, no, you don’t want his special candy. Anyway, an 89-year-old German woman named Heidi Kohl went a little nuts one night and decided to slash the tires of cars parked up and down her street. Apparently, she had gotten fed up with the sheer audacity of the people in her neighborhood, who for some reason believed that since they lived on the street, they should be able to park there. Not on Heidi’s watch, you nervy assholes. And they inadvertently punished the victims at the same time

In an attempt to out-crazy ol’ Heidi, the judge decided that the best recourse would be sentencing her to…no, not prison time…not a fine either. Nope, she was ordered by the court to knit sweaters for each of her victims. Which we think was a little bit of an easy sentence, because we all know that next to being crazy, the thing old people like best is going hog wild with a needle and some thread.

“I Now Pronounce You Abuser and Victim”

You know, maybe it’s just me, but if you’re a man or a woman in an abusive relationship, probably the last thing you should do is stay with that abusive significant other. I mean for God’s sake, look at all of those Lifetime movies dealing with this very issue! And if you can’t trust a Lifetime movie that’s telling you that staying in an abusive relationship is bad news, then who or what can you trust? Nothing, that’s who or what. Or maybe it’s a little bit of both. Either way, it’s a bad idea. 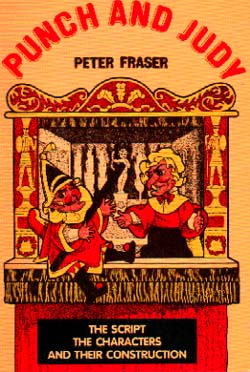 No, this should be what a marriage looks like

But that didn’t stop a judge in Ohio back in 1995 from ordering a man suspected of domestic violence to settle down with his girlfriend in the apparent belief that married men do not beat their wives. According to the judge, the idea that there are actual “marital bonds” might make the abuser think things over before resorting to physical abuse. And it’s just so much easier for a woman to get out of an abusive relationship when you have to go through all of the legal trouble stemming from a divorce, right? Good call there, your honor. Pedestrian Accident Cases – Dealing With Them in a Right Manner