How hard can it be to come up with an interesting and original premise for a scare flick? Here’s one: a homicidal, unstoppable zombie kills teenagers by a lake because years ago he drowned there and… no wait, it’s already been done. OK, then how about: a pedophile-turned-dream demon from Hell who preys on his victims while they sleep… what? Seven sequels and counting?

Maybe coming up with new horror ideas isn’t that easy. It would certainly explain why the industry has been scraping the bottom of the idea barrel for the last couple of years. Check out these six baffling horror movies from our own backyard: 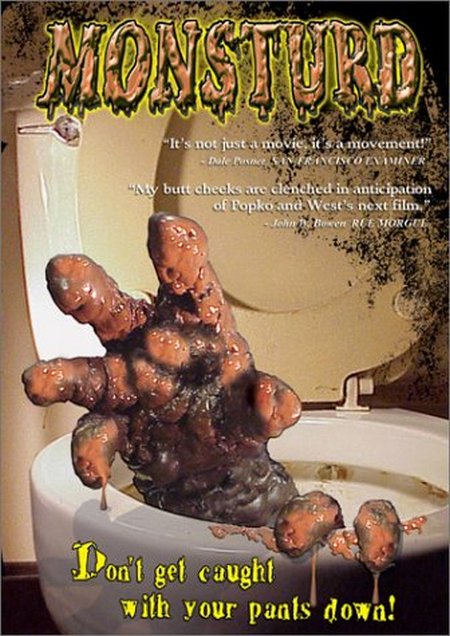 The key to a successful horror film is building suspense and developing a feeling of dread in a situation that the viewers can relate to. One way to go about it is turning common, everyday activities into horrifying death threats. This is where “Monsturd’s” genius reveals itself.

In this Direct-to-Video movie, an escaped serial killer dies in the underground sewage system, but thanks to a combination of genetic engineering chemicals and toxic waste (known by their proper scientific name as Deusus Exus Machinaus) the killer gets turned into a homicidal mutant entirely made up of feces… yeah. Let us repeat that: He gets turned into a fudge monster.

In most people, this idea would trigger an uncontrollable laughing fit, but they are clearly not considering one thing: namely, how the monster attacks. The answer is, of course, from the sewers – crawling into your home through the toilet, in all likelihood when you are sitting on it. This is the monster that can attack you at your most vulnerable, not to mention in a most humiliating way.

The very idea should, aptly, cause you to mess your pants

Attack of the Killer Refrigerator (1990) 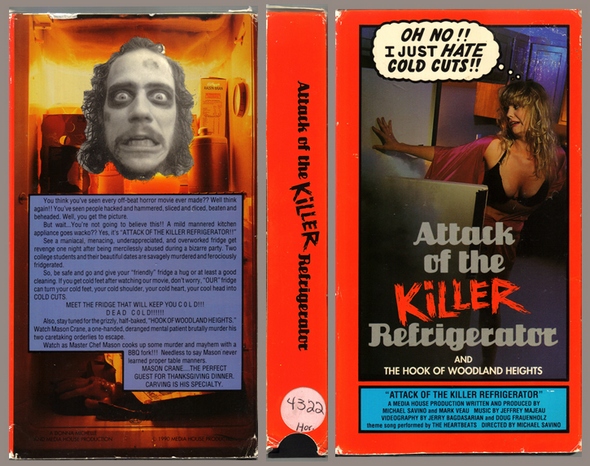 Meet the fridge that will keep you cold. Dead cold! And the film that will make you bored. Bored stiff!

In this movie, a bunch of stupid college kids (the most common kill targets of horror flicks right behind black people), get drunk at a party and attack the apartment owner’s fridge with a hammer because “Hey, why not?” Having been abused for years without a single defrosting, the appliance decides it has had enough and attacks the party-goers, killing and devouring them in a spectacular, though low-budget, fashion.

The “movie” is unfortunately only 15 minutes long but in that short time it really makes you think about the nature of life, death, servitude, and how stupid kids maybe should stop being stupid. 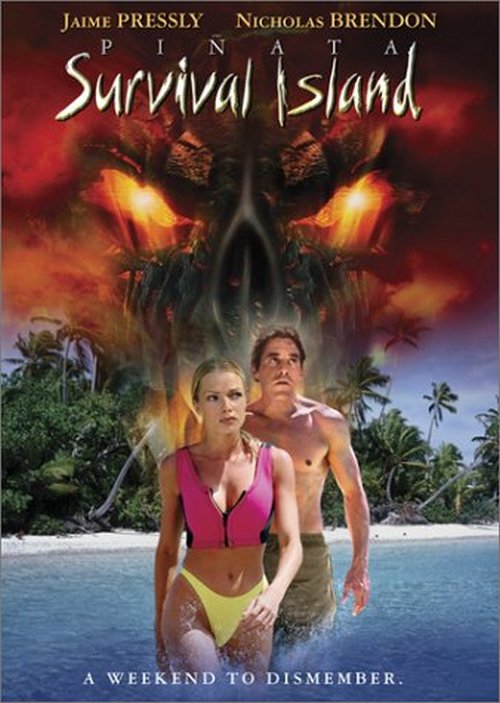 Look out lady! A horrible creature is behind you! Oh… it’s Nicholas Brendan.

Some actors just naturally get typecast. Liam Neeson has made a career out of playing the bearded wise mentor and Bruce Willis has fought more criminals than there are people on Earth. Some typecasting takes a more bizarre turn when an actor gets to play two eerily similar roles. Such was the case with Nicholas Brendon, who spent a lot of his time escaping from demons in “Buffy: The Vampire Slayer” and “Piñata: Survival Island”.

In the second one however, the demon comes from a Piñata and everything is horrible instead of mostly good. Survival Island sees Brendon playing a frat boy on a Cinco de Mayo scavenger hunt held on a mysterious island. When some other contestants break a strange clay piñata belonging to one of the island’s villages, they unleash a terrifying demon sealed within. Together, they must fight for their lives against the forces of evil.

You would think that a piece of pottery imprisoning some ancient demon would be buried underneath a volcano in some kind of titanium safe. But hey, what do we know, we’re not professional “evil-ologists” like the people in this movie, apparently.