RPG Maker is a special game engine that allows part-time and indie developers to make role-playing games. This engine isn’t on par with some of the best, such as Unreal Engine 4 or CryEngine, for example, but still, games made in this engine manage to attract a wide audience. If you like simplistic, old-school role-playing games that don’t cost a fortune, RPG Maker games are going to satisfy your needs.

Without further ado, let’s jump straight to the nitty-gritty of the topic and see what are some of the best RPG Maker games at the moment.

Kicking off our list, we have a great RPG Maker game called To The Moon. To The Moon is a story-driven game that’s not going to blow you away with its graphics or neck-breaking gameplay. Instead, it takes a laid-back approach and embarks you on a journey of two doctors traveling through a dying man’s memories to fulfill his last wish. The premise of the story is very good and quite frankly, it’s like nothing we’ve seen before. As for the gameplay, don’t expect combat here. You’ll be met with lots of dialogue, monologue, as well as puzzle and RPG elements.

If you want to come home from a busy day at work and relax, this game is going to meet your expectations. Although it’s made in 2011, To The Moon holds up pretty well these days, having ’Overwhelmingly Positive’ reviews on Steam.

LISA is an interesting game that has nothing in common with its name. When you hear its name, you think about a girly game or perhaps an anime game focused on half-naked prostitute girls, which can often be seen in anime. Well, LISA is, in its core, a fantastic side-scrolling RPG focused on post-apocalyptic wasteland. In this game, the player is going to suffer the consequences of his choice, as the game often gives you plenty of choices, needed to survive in this brutal world. Even though the game doesn’t haven naked anime girls, it’s pretty strong on language, violence, and sexual themes, so the developer doesn’t recommend this game under the age of 16. Who thought that a simple RPG Maker game could have an impact like this… sheesh!

OneShot is a unique top-down puzzle/adventure game that focuses on narrative-driven premise and a bit of a spooky atmosphere. You’ve noticed that RPG Maker games are usually story-driven and this game is not an exception. However, you should forget about cliche stories and settings, as OneShot indulges you in a spooky story about a child in a mysterious world that tries to restore the long-dead sun. As the developer says, the in-game world knows you exist and every decision you make can have a drastic impact on the later gameplay. Through a combination of exciting adventures and complex puzzles, the game manages to be interesting all the time, keeping players on toes.

If you like spooky atmosphere, haunting soundtrack, and non-action gameplay, OneShot might be your best shot at this time.

Trick & Treat is a free-to-play RPG Maker game that focuses on solving puzzles and exploring the game’s world. Once again, this is a combination of several different genres, topic-wise, so you can expect a pinch of spooky atmosphere but also some romance, and story-driven sequences. The whole game takes place in a vampire’s house and has more than 9 endings, of which some are good and some are bad. Despite its interesting story, the game lasts about 90 minutes but due to its numerous endings, the replayability value is very high. If you want to experience all 9 endings, it equals to 810 minutes, which is a good number for a free-to-play game.

Rakuen follows a simple, yet engaging storyline of a hospitalized boy that embarks on a journey to his favorite storybook with mom, to ask the Guardian of the Forst to grant him one wish. For this to happen, the boy must complete challenges that revolve around helping his neighbors and interacting with their alter-egos in the fantasy world. Through this, the boy learns that many of his neighbors have secrets and struggles that have something to do with the hospital he’s in.

As you can guess, this is a non-combat game with a calming and relaxing story that’s perfect for those who want to relax their mind. With the overwhelmingly positive reviews from more than two thousand users on Steam, this game is one of the best RPG Maker games ever made!

What would the list be without an anime game? Mad Father is another anime-based game and wherever we have anime elements, things tend to escalate to a higher level. This game brings back the classic horror adventure that incorporates story-driven gameplay with lots of gore and violence, so it’s not as calming as the previous game on our list. The protagonist of the game is the girl called Aya. Her mother died one year before the game storyline and due to her overwhelming sadness and grief, she asks her father to do something special in memory of her mother.

As you can see, when the developers put passion and love in their job, even the low-budget games can turn out great. RPG Maker games are the prime example of this, managing to get some of the highest reviews on Steam. If you don’t want to pay a fortune and still enjoy some great PC games, RPG Maker games might be of use to you. Of course, there are tons of other games of this type and these are only the best in our opinion, and according to other players’ opinions. 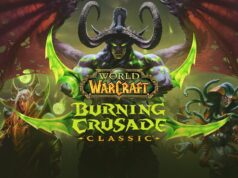 5 Must-Know Etiquette To Know Before Entering A Bingo Hall