As a general rule, kids are not remotely ba?a*s. They are small, typically frail and weak, not particularly adept with bazookas and just generally unintimidating. Of course there are always exceptions to these rules, and Hollywood always makes us very much aware of this fact. Throughout the years, movies have given us plenty of memorable children in movies, though some of them are memorable more for how obnoxious they are than anything else. We’re looking at you, young Anakin Skywalker. However, there have been some pretty big time badasses masquerading as kids in cinema history, and these are some of our favorites.

Okay, so in Terminator 2: Judgment Day it wasn’t so much John Conner who was the badass as much as his terminator pal who followed him around annihilating anyone who tried to mess with him. Still, John Connor was a wisecracking youth who rode around on a dirt bike, rigged ATMs to spit out hundreds of dollars and had already begun training with firearms thanks to his somewhat psychotic mother. Granted she had plenty of reason to be psychotic, but still.

Anyway, it’s hard to omit the future leader of the human resistance in the fight against the machines from our list, so John Connor absolutely takes a spot on our list despite being played by Edward Furlong and spouting cheesy lines like “hasta la visa, baby.” Seriously, lines like that just make us want to punch his face, but then again, you know, terminator bodyguard. 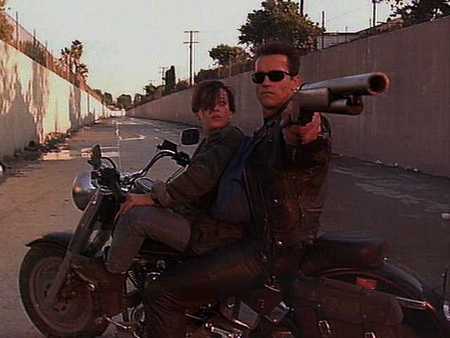 Now here’s a young girl who was trained from birth to be a complete and utter killing machine. Hit-Girl is therefore absolutely the highlight of the movie Kick-Ass. She’s small, she’s cherubic and generally adorable. At least, until she starts unleashing a string of obscenities that would make a sailor blush and follows that up by slicing through bad guys with katana swords and machine guns.

She’s a martial arts expert and handy with pretty much any gun you can toss her way, which is pretty remarkable given her age. It’s hard to be intimidated by a little girl, but we fully admit that if we were ever to see Hit-Girl walking down the street we’d duck into the nearest open door and wait for her to get a few blocks away before we dared step outside again. And knowing her, she’ll probably be waiting somewhere with a sniper rifle ready to pick us off, just to screw with us. 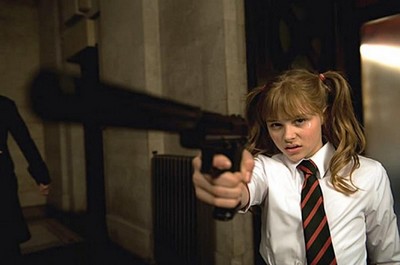 Maybe Harry Potter isn’t your typical badass, considering he’s just an average, every day wizard going to wizarding school and generally being ordinary in every way except for the fact that he’s, you know, the Chosen One. Still, when you get right down to it Harry Potter has absolutely earned a spot on this list for all of the ways he’s prevented Lord Voldemort and his cronies from taking over the world and wiping out us Muggles.

Sure, half the time he just sort of lucked into resolutions to these world threatening problems and he almost never went anywhere without at least one or two sidekicks to pick up some of the slack, but he’s also the first to admit those flaws and we’re a sucker for a hero with some humility. Bonus points for having a kickass scar on his forehead. 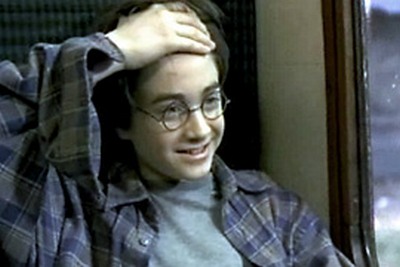 There’s a scene in Bad News Bears when Morris Buttermaker is asking his young players about the punk riding around the behind the outfield on his dirt bike and the youngsters are quick to voice their respect and, more importantly, fear of Kelly Leak. First, Ahmad tells Buttermaker that Kelly is a real lone shark, and that after he borrowed a nickel from Kelly at school, Kelly told him “if I didn’t give him a dime by Friday, he’d break my arm.”

But perhaps it’s a simple statement from one of the two players who speaks no English that sums it up best: “Es un bandito!” Yes, that is how the people around, well, whatever the hell town it was the Bears were from, viewed 12 year old Kelly Leak. The best baseball player in the area who was also an air hockey savant and was never afraid to hit on much, much older women, Kelly Leak also earns a spot on our list for being enough of a badass to even hold the respect of Tanner Boyle, who very well could have made this list in his own right. After all, he did fight the whole sixth grade. 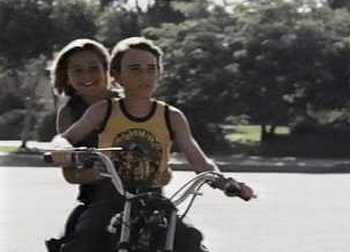 No, we’re not talking about the midget who played football at Notre Dame. We’re talking, of course, about the most badass member of the most badass club in the history of after school clubs: the Monster Squad. Unlike your typical movie greaser badass, Rudy was always a decent guy from the start and was quick to jump in and help the films young heroes whenever they were in trouble. And in case you were still on the fence about whether or not Rudy was a badass, his big entrance in the movie features him rolling in on a bike and kicking Wayne Arnold’s ass when he’s picking on the character known only as Fat Kid. Sure, his real name in the movie is Horace, but let’s face it, that’s almost as bad.

Anyway, Rudy is perhaps best remembered for his badassery in the scene when a trio of vampires are walking down the street toward the Monster Squad and, very coolly and casually, he unslings his bow and arrow (yes, he rocked a bow and arrow… we told you, he’s a badass) and calmly takes down the bloodsuckers. But he’s not done there, either. He also picks up a revolver and caps Wolfman’s ass, too. Thankfully, by this point it’s already been established that Wolfman’s got nards, though, so there’s no big loss to science there.

At the age of 12 he’s already an orphaned cab driver who Indy literally plucks right off the street to take on his adventures, and none of this phases the little dude, nor does the fact that Indiana can’t take the time to learn his actual name and just refers to him as Short Round during their escapades. So beloved and badass is Short Round that in a 2008 poll, he was named the all-time favorite Indiana Jones sidekick. Of course when your main competition is Shia LeBeouf it’s not that difficult to win a poll like that, but still. 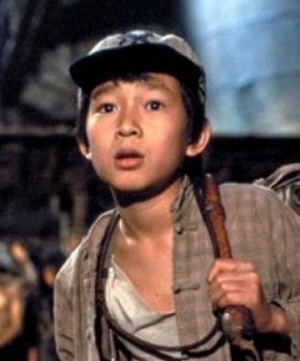