Sexual selection can be found throughout the animal kingdom. Frequently, it can go well beyond the simple “dudes smash their heads together until there’s a winner” model. In order to figure out exactly what’s going on in the sex lives of some species, scientists will get a little creative with their techniques.

When researchers get a hunch about traits that are animal turn ons and turn offs, those poor critters’ sex lives might be in for some cruel tinkering. To prove their theory, biologists aren’t afraid to play Nip/Tuck or Frankenstein. Ladies and dudes of all species might get transformed from a shining Adonis to Jaleel White, or vice versa. It might seem cruel, but simply making observations and crunching the numbers can get boring, even for scientists. 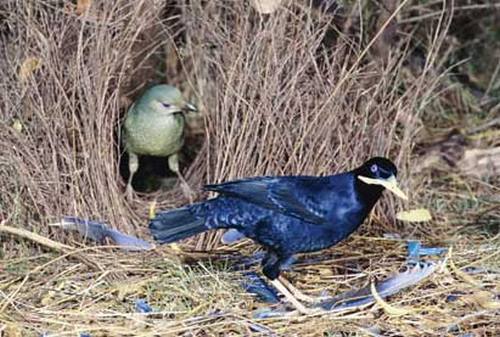 If you’ve learned anything from MTV’s Cribs, it’s that you’ll never make nearly as much cash as Lil Bow Wow did during his brief stint on the cultural radar. Also, having a royally “pimped out” pad is pretty awesome. Some members of the animal kingdom have already figured this out, particularly bower birds.

While males from our species head to Crate and Barrel or IKEA to make their place more boning-friendly (or “home-y” as the ladies put it), the male bower birds do all their work by hand. Er, beak. Whatever. The elaborate digs these guys make out of woven vegetation are studded with basically anything shiny or interesting they can get their feathers on. And they’re not just trashpickers, they’ll aggressively steal anything they can carry if it looks cool enough.

The females then strut on up to their bowers (whenever they bloody well feel like getting around to it) and institute a mandatory inspection. The males also put on a display while they are being judged, much like any generic dance club on your typical Friday night. The fellas with the best bower-related displays get the girl, simple as that.

Well, not quite simple as that. See, scientists hypothesized that lady bower birds had a weakness when it comes to decor. Instead of scented bath soaps or decorative pillows, they prefer “Solanum” berries. Males with more berries covering their bower were observed to have greater mating success than those with less. 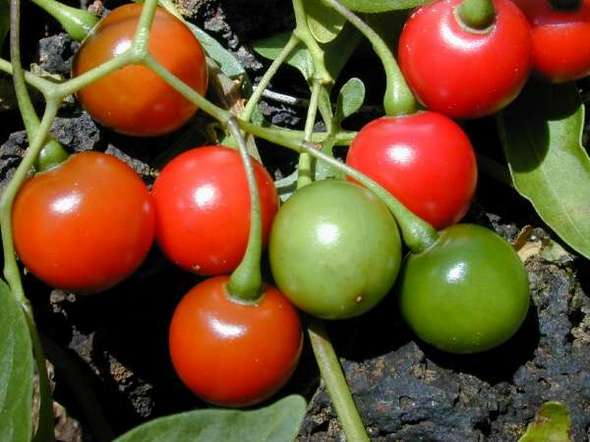 So researchers went ahead and added extra berries to some of the dudes’ bowers, even though they refused to add extras when given the opportunity (i.e. provided with extra piles of solanum). The number of mates the males got didn’t increase too significantly, but there was another interesting side effect.

It seems that males pretty much only use as many berries as their social status will allow. You know how in the movies when the protagonist talks to the pretty girl, the alpha jocks just beat the stuffing out of him? This is pretty much the same idea. The bigger, more dominant males don’t take kindly to utterly flamboyant berry displaying and would try their best to destroy lower status bowers if they got too flashy. 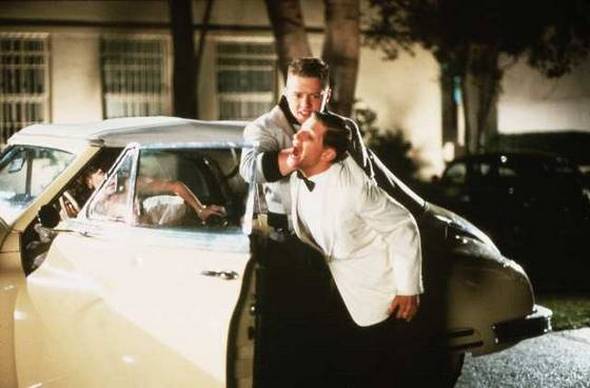 Yeah, like a feathered George McFly, without a time travelling son to fight his battles. 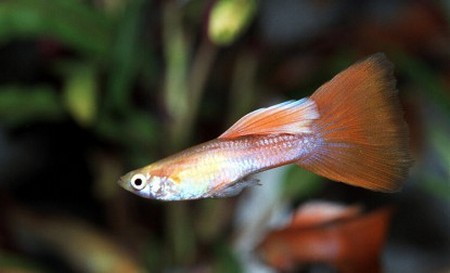 Since guppies have neither big fuzzy hats, nor shirt collars to pop, the ladies do their judging based on how pretty the guys look. The males have vivid coloration that signals that they’re ready, willing and able to mate. Flashy colors are a popular mechanism for attracting mates in the animal kingdom, or at a bar if you choose to take advice from a pickup artist who goes by the name “Mystery”. 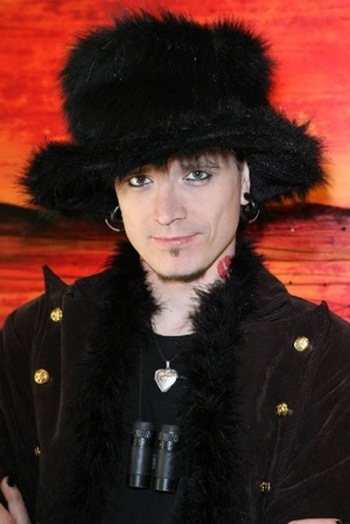 The original “peacock”. Maybe he got the “pea” part wrong, though.

This type of coloring isn’t an outrageous way to pick your man when you’re a fish in the wild. Being brightly colored comes at a significant cost to males. It’s taxing to produce, meaning weaker males that are less able to acquire food or ones more susceptible to disease and parasites end up being duller in color. Brighter males are also more likely to get picked off by predators, meaning they have to be fast and strong. In the animal kingdom, bright colors can signal that males have the best possible genetics, instead of a fondness for American Apparel.

Rather than attempt to squish the males into some lime green polo, scientists decided to go the easy route and just screw with their ability to produce pigment by giving them worse diets. Low tech, yes. Stressful to the animals, yes. But effective? Oh yes. 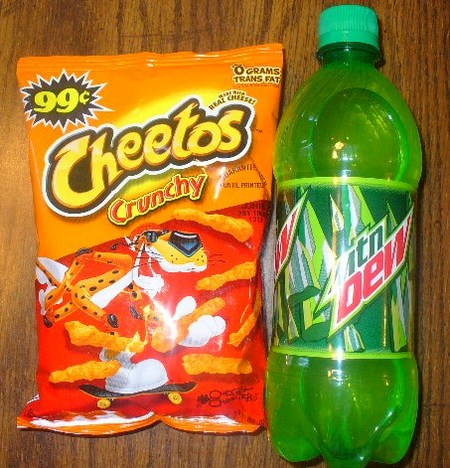 Certain low quality diets have been linked to poor mating in humans as well.

Males receiving diets rich in carotenoids produced brilliant spots and got snapped up immediately. The deficient dudes didn’t fare nearly as well. Without their pigments, they were lacklustre in appearance. If the scientists had any heart, they’d at least give the reduced group a copy of “PlayFish” or something as a parting gift. 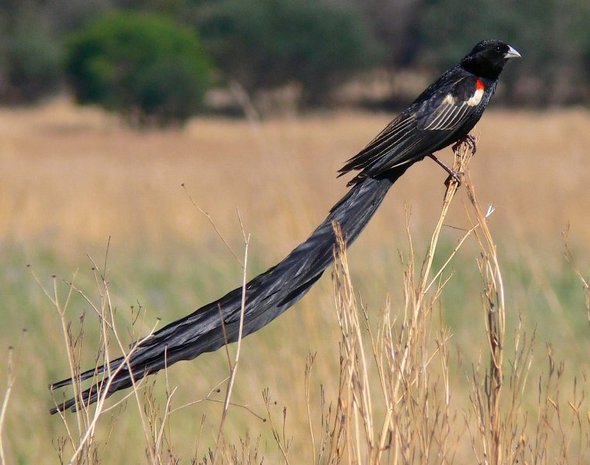 For a few species of birds, what ladies love most in their men is a big… tail. Widowbird males in particular are known for the very large hind plumage. Scientists believed that since males with “back” were getting the most “tail”, women were actively seeking out the largest appendage they could find.

Similar to the colored fish, there is thought to be a disadvantage for the males in having large tail-feathers. Longer hind feathers make almost all aspects of locomotion more difficult. Non-creationists will tell you that there’s a reason most birds’ feathers are proportional to their body length. Walking, flying and especially takeoff (the speed of which can be the difference between being safe and being dinner) are all much slower and more awkward when you’re in the widowbird’s condition. 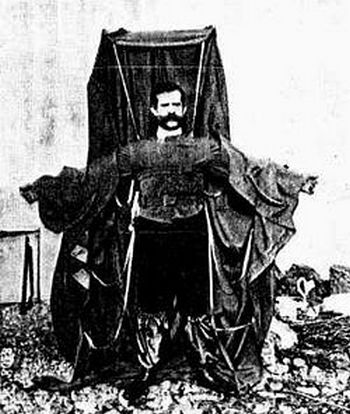 When it comes to aerodynamics, engineering is very important.

Not content with the fairly solid science and observations they had, researchers studying the birds decided to go all slice n’ dice on their tails.

They divided males into three groups. The first group got their tails cruelly cropped down like some scientific, bird bris. The second group got their sexual appendages augmented… scientists glued feathers on to make their tails longer (possibly while the first group watched in horror, depending on how big a group of jerks they were). The third, ‘control group’ had their tails cropped and then immediately glued back on, just to make sure the cropping part wasn’t having some strange effects. Or maybe the researchers really did hate birds. 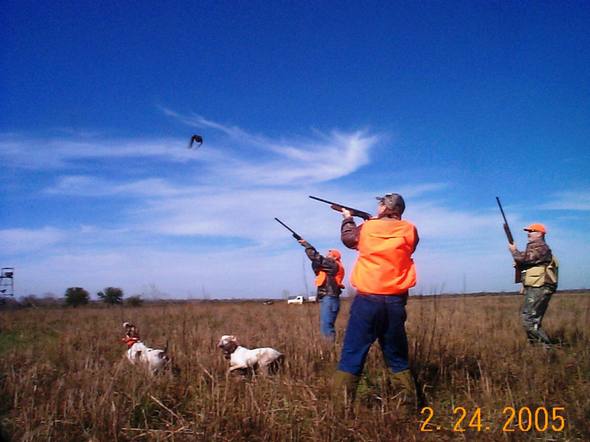 And, shock and awe, the results are exactly what you might expect. The normies got the same amount of attention from the females as usual while the cropped group became significantly less popular. The new super-males dominated the dating scene though, getting significantly more hot cloacae-on-cloacae action. Sometimes, size does matter.