In a perfect world, experienced producers would create quality TV pilots which would then be presented to an impartial body of experts who, based on complicated math equations and social surveys, would determine if their show should be made or not. Sadly, by the look of your current love life and bank account, you can easily see the world is not perfect. In this reality, the impartial body of experts had been substituted with a chimp flipping a coin, causing many potentially awesome TV shows to never get off the ground. The most egregious examples include: 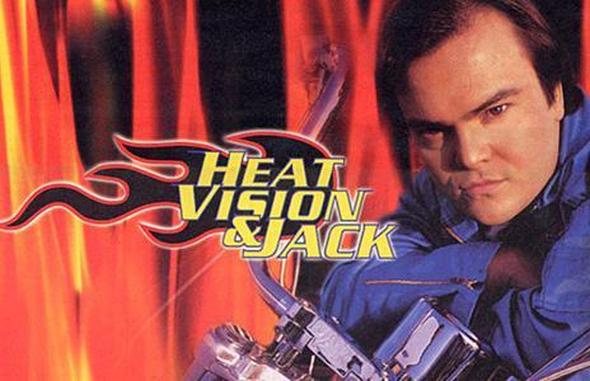 If this show was pitched 4-5 years ago instead of in 1999, it would not only get picked up and made before the producers had time to blink, it would be one of the most hyped and advertised shows of all time. “Heat Vision and Jack” was meant to be a comedy science-fiction series directed by Ben Stiller and staring everyone’s favorite Chris Farley stand in Jack Black, alongside Owen Wilson and Ron Silver.

The plot unveils itself thusly: Jack Black is an astronaut (Hilarious!) who gets exposed to an unhealthy level of space radiation (i.e. more than zero) and becomes super intelligent. But here is the thing– his powers only work when he is exposed to the Sun’s Rays, making him one of the few Renewable Energy Powered Superheroes. His catch phrase was “I know EVERYTHING!”

Owen Wilson played Jack’s unemployed roommate who got merged with a motorcycle after getting hit by a very specific type of science ray or something. Together they roam the country looking for aliens or werewolves to fight, as Heat Vision and Jack. Or they would if anything more than a pilot episode was ever made.

The show would be like: “Knight Rider” mixed with “6 Million Dollar Man” put in a Comedy blender. 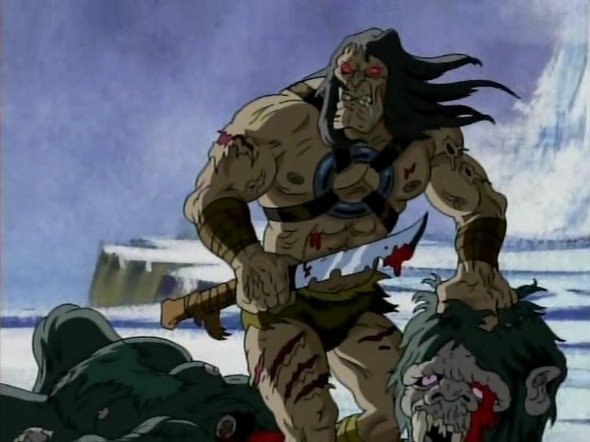 “Korgoth of Barbaria” had the true makings of a timeless animated classic. It was produced by Adult Swim and Aaron Springer (storyboard writer for “Dexter’s Laboratory” and “SpongeBob SquarePants”), parodied the Conan the Barbarian “sword-and-magic” genre, and featured lots of gratuitous violence, sex jokes and a kicking heavy metal soundtrack.

The Story involved a post apocalyptic world where the remains of the technologically advanced human race merge with magic in a fantasy setting of goblins and dragons. In this world we meet the titular Korgoth, whose personality can be best described via a scene in the pilot episode when he rips off some fool’s arm and beats him to death with it.

The cartoon would undoubtedly feature lots of this type of zany humor and over the top hilarious violence but we will never know for sure, because the series was never continued despite the fans of Adult Swim starting numerous petitions, begging for more episodes after seeing just the freaking pilot.

The show would be like: a less gay “He-man” mixed with Conan the Barbarian mixed with Metallica. 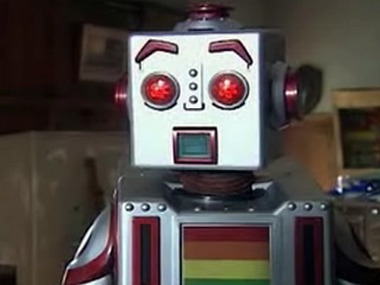 It’s a sad world out there in TV Land where sentient homosexual robots can’t get a decent representation of their kind in the media. Humanity has long fought against prejudice not only on the streets but also in movies and TV shows, but we still refuse to acknowledge that android gays even exist, let alone let them star in their own show.

Surprisingly, Adam Sandler of all people tried to fight that by including a gay robotic character in one of the sketches on his fifth album “Shh… Don’t Tell”. Based on just that, a pilot for a new TV series about a homosexual bot was produced but never aired. Though there have been talks about an animated version of the show.

The story of “Gay Robot” is a pretty standard tale of self discovery and conflicting feelings, when the main character has a wine cooler spilled on him, frying his circuits and discovering he might just be batting for the other team. In this metaphor, the bat stands for a robotic phallus.

The show would be like: Futurama robots mixed with “Darma and Greg”.