We’ve established in the past that breasts can be pretty fascinating. We tossed a few conception facts your way, even took a good look at how people messed with the sex lives of the animal kingdom. It almost seems like we’re dancing around it at this point.

Men have penises. You’d think that, for the number of dick jokes we pitch around here, we’d buckle down and dedicate an article to the male organ of love. Consider that goal accomplished. Whether you have one, make use of one, have never seen one or enjoy drawing them on the faces of your friends when they fall asleep, this article is bound to teach you something new about dicks.

…and it’s a terrible idea. 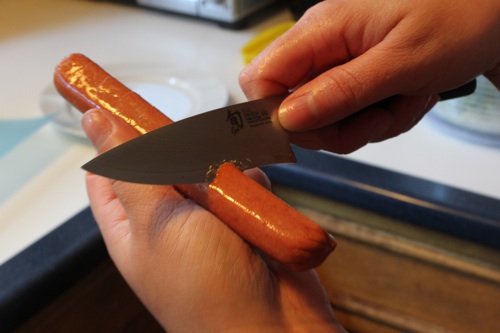 This is going to be an article rich in visual metaphors.

Only about half of men are satisfied with the size of their penis (even though around 85% of women say they find their partner’s unit suited to the task). Considering there has never been a scientifically proven medicinal or herbal product that can increase the size of your organ, you’d think that men might consider the surgical route. While, for example, breast augmentation is fairly common among women (roughly 300,000 surgeries per year in the US alone), penis enlargement isn’t anywhere near the top. Estimates reach as high as 5000 surgeries per year, but many self-respecting doctors simply do not perform the operation.

The primary method of surgically elongating the penis involves severing the ligaments holding it to pubic bone. Since about a third of the penis is normally found inside the body, the freed penis can stretch further outward. Followed by some stretching to prevent losses, patients can typically expect to get about an extra inch for their troubles (as well as an increased risk of erectile dysfunction). Patient satisfaction hovers around 30%. 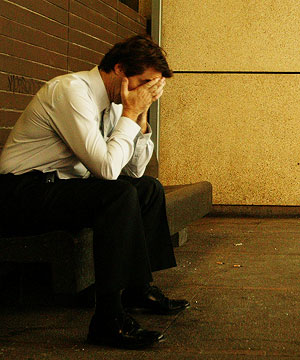 “For seven thousand dollars I could have paid a hooker to tell me it was huge.”

Of course, if it’s girth you’re after you can always pay someone to inject your member with saline, fat tissue or a silicon implant. But we have to point out that if you’re willing to take a needle to the penis voluntarily, you’re probably already twice as manly as the average fella. 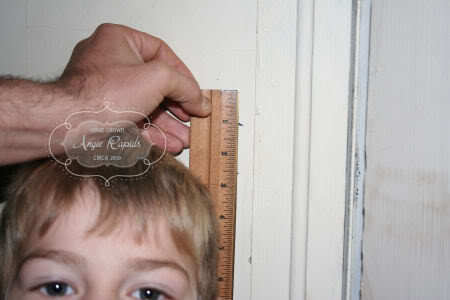 He probably won’t be using that ruler to measure anything else for some time.

He probably won’t be using that ruler to measure anything else for some time. Like other sexual characteristics, puberty is the big kickoff in terms of penis growth. Sure, before that point dudes have them, but they’re mostly an overly fancy way to disposing of urine. By the time the torrential hormone storms of your teen years are over, most dudes believe that they’re as grown up as their big boy hair would indicate.

As your doctor will tell you, hitting the age of consent doesn’t mean you’re done developing. Growth in both overall height and *ahem* length can continue into a man’s early twenties, especially if they experience a delayed puberty. Of course, that won’t stop your dick from running your life…

You Are Not In Charge

It’s a popular trope for male characters to complain, celebrate or simply point out that they are a slave to the whims of their member. Sometimes it even feels that way… and with good reason. 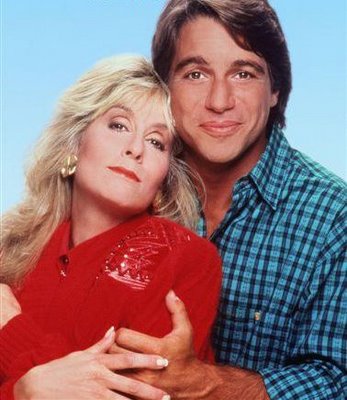 No, Tony Danza isn’t the boss, though he is a total dick.

From morning wood to the awkward hug-boner, men are only partially in control of their penis. Just as it dictates your heart rate, the autonomic nervous system plays the biggest role in determining what’s going on in a guy’s pants. While you can assert a degree of control (say, by setting your mind to dirty thoughts, or attempting the complete opposite), most of it is “out of your hands”. Simply willing an erection to occur is almost unheard of.

What actually dictates one’s phallic condition is a myriad of competing factors, including blood pressure, time of day, stress levels and visual/auditory/touch/smell cues. In short, an erection can tell you a lot about the state of a man’s nervous system, but not necessarily his state of mind. That your own organ can betray you is important to know, because knowledge of this lack of control is used in everything from advertising to law enforcement…

Your Dick Isn’t Above the Law

The fifth amendment states that no person shall be required to be a witness against themselves in a criminal case. This hasn’t stopped the fuzz from trying to use men’s penises against them. 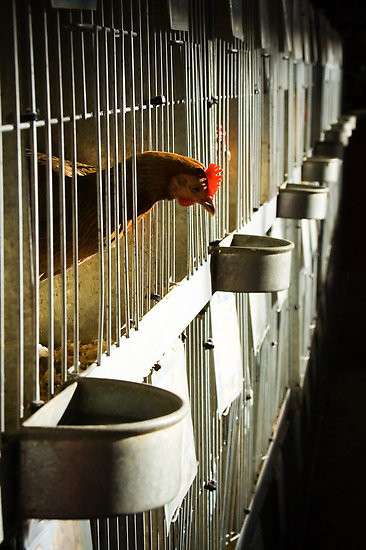 The penile plethysmograph is a technique that measures blood flow to the male genitals. Using what amounts to a smaller blood pressure cuff attached to a man’s junk, it can track arousal while exposing the man to stimuli. The method has been used to identify sexual offenders by police, and multiple attempts have been to use results of the test as evidence in court.

Currently it isn’t considered accurate or standardized enough to be used as evidence, though it is one of the best indicators of identifying which criminals are likely to re-offend. This has made it a standard procedure in many states for treatment of convicted sex offenders.

On the other hand, sometimes a man’s prized possession can save his skin, as it did for Englishman Barry Kenny. Accused of flashing a woman in public, he was let off the hook when her description failed to include the two inch lizard he had tattooed across his nether regions. 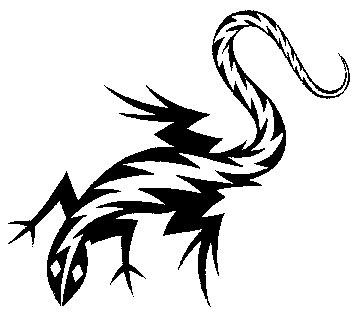 The only downside is admitting your penis tattoo is only two inches long.

No Bones About It

The odds are that you’re fully aware that (despite some slang terms we could throw around) there are no actual bones in the penis. What you might not know is that this fact places humans in the minority among mammals.

We assure you, this would be absolutely filthy to a raccoon.

The baculum or “os penis” (or “penis bone” if you want to chuck all subtlety out the window) is found within the tissue of penis in most mammals. Even our closest relative, the common chimpanzee, has one, as do gorillas and other primates. They vary significantly in size and shape between orders and species, sometimes taking up much of the length of the organ, sometimes being reduced to only a fraction of the size.

Baculum come into play during the act of mating, and actually make it possible for animals to copulate for longer lengths of time. The fact that it is no longer present in humans suggests that it lost its usefulness some time in our evolutionary history. The exact reason for this isn’t known, though it’s suggested that male guarding behavior replaced the need for longer copulation. Or maybe women just had more important things to do than copulate all day. 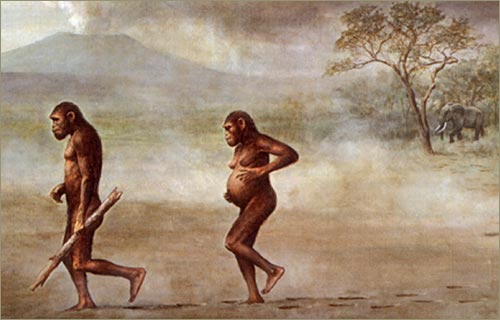 “Keep your baculum to yourself, we have hunting/gathering to do.”

As we mentioned in the last entry, dicks are shaped differently among the species. Obviously this makes sense: a whale that mates at sea has different needs than, say, a bedbug which uses it’s syringe-like appendage to stab it’s lover in the abdomen.

But once again, a human male’s naughty bits are unlike those of his closest evolutionary relatives. Instead of a simple tube or cone shape, possibly the most basic design that could accomplish the task at hand, our dudes walk around with a “bulbous tip on shaft” setup. Why the mushroom cap? Why the delicate skin around the tip? As it turns out, there is a reason and it probably says more about us than we’d like to admit.

Scientific findings have suggested that the shape we know and possibly love has evolved as a response to sexual competition. As in, direct sexual competition. If another male has gotten to your mate, as males are wont to do, you want to prevent him from fathering any children. The shape of the penis, in conjunction with the thrusting of the “act”, serve to do just that. We’d explain it you in better detail, but our advertisers are already coming for our heads. 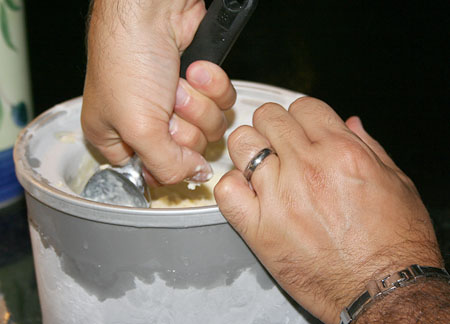 You figure it out.

Got some more fantastic facts that you’d love to share? Too bad. Please keep them to yourself and post pictures of more tasteful things in the comments below.

Kevin Mack is a freelance writer who doesn’t think about dicks as much as you’d expect. He has a twitter account that is probably dick free.