Home Home 6 Actors We Hate…and the Real Reasons Why

A large amount of hate we have for certain celebrities can be traced back to memories of dick-heads and psychos we dealt with growing up. Take Gary Busey for example. His off the wall personality may remind you of that crazy kid in your neighborhood who ate kittens and reprimanded mailboxes until 4 AM. In the interest of self preservation, it makes sense to be wary of his type. In fact, if you hear about a wild Busey sighting in your neighborhood you should probably check under your bed. 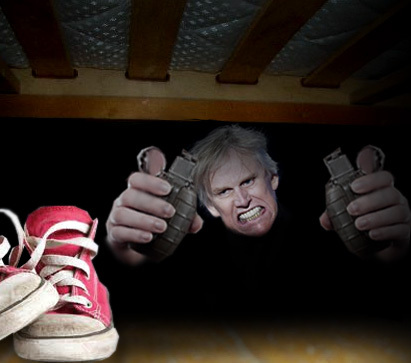 If he’s hiding under there, you can bet he’s packing live grenades.

The following celebrities fall into a variety of grating stereotypes that people universally hate. For the sake of discussion, or maybe to torture our readers, we’ll see if we can figure out the underlying rationale behind the loathing. 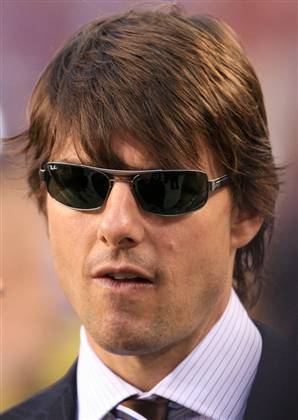 Those sleek shades not only protect Tom from UV rays, they also prevent him from seeing traces of sanity.

There’s a wealth of reasons for people to hate on Tom Cruise. There was his legendary freak-out on the Oprah Winfrey show; his lawsuits against anyone claiming he enjoys man-meat, his ridiculous beef with Brook Shields and the scientific community and, of course, his outspoken advocacy for the Church of Scientology. After years of witnessing the madness surrounding Cruise our brains naturally processed the cluster-fuck of information in the only logical manner possible. Cruise fits perfectly in the role of “self-righteous, crazy religious dude”. Not only would Cruise be the kid you wouldn’t want to sit next to you in the cafeteria, he’d also be the type to smugly critique your life choices and mock you for not believing in aliens. 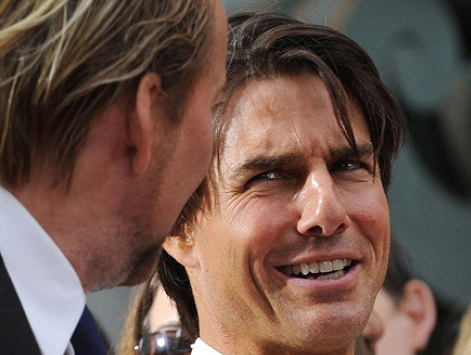 Ever see War of the Worlds? True story. 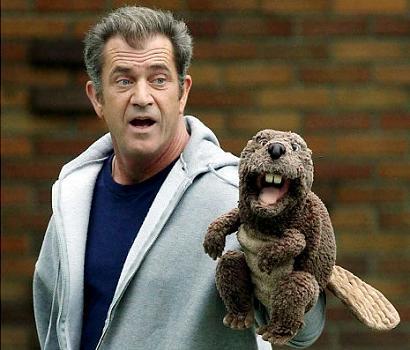 Guilty by association. That beaver puppet will never work again.

What can be said about Mel Gibson that hasn’t already been said by countless internet comedy writers? The man has a laundry list of controversial offences so long we’d have to purchase more bandwidth just to keep up. On a typical day you’ll find Mel’s publicist apologizing on his behalf for racist rants, anti-Semitic remarks, domestic violence or perhaps another DUI. It’s as obvious as stink on shit that Mel has problems with his temper. For that fault alone Mel fits the stereotypical part of “perpetually pissed off dude”. If this were High School, Mel would be the “troubled teen” suspended for showing up to class drunk and pummeling the Science teacher with a bible. 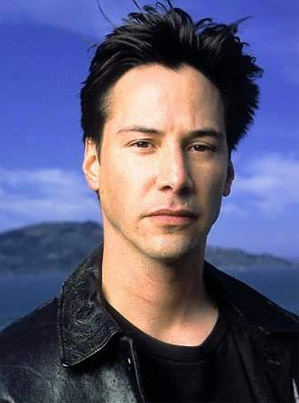 Still waiting for someone to explain The Matrix to him.

In the past we’ve gone against the grain and defended Keanu Reeves against his critics. However, one writer on one website going against a tidal wave of crap can’t change the facts. Despite our good intentions, many people still hate this guy with a passion. The consensus seems to be that his brains are made of two wads of cotton candy held together by twizzlers. And then there’s his acting ability. To put that into perspective this writer described Keanu in the following manner, “everyone knows, the only parts he can actually pull off are the ones in which he plays a moron, like in Parenthood or the Bill and Ted flicks. In The Matrix series, his only real motivation was to look cool in sunglasses and let Laurence Fishburne do all the talking.” 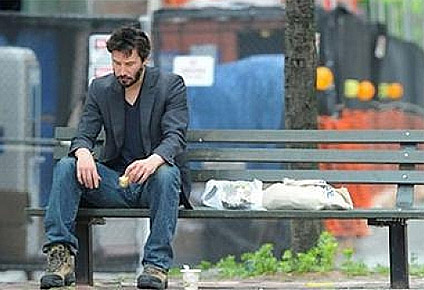 This entry is depressingly straight forward. Keanu fits the role of the “dumb jock” who you knew would make it in life despite his mental shortcomings. 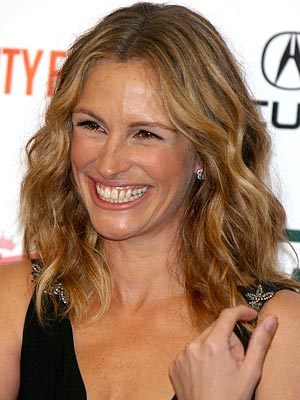 She loves herself so much that chronic masturbators feel inadequate by comparison.

This chick gets under our skin. Maybe it’s the picture-perfect way she holds herself or her monstrously huge Hollywood smile. In any case, it’s not just us. A quick Google search regarding the hatred people have for Julia currently turns up an impressive 4,020,000 hits. The endless stream of sappy parts she chooses is the likely cause behind the disdain. How many times do we need to see her as a “good girl looking for love” before we just want to tear our f*cking brains out in boredom and frustration. In High School she’d be the chick voted “most likely to succeed and be pretty forever”. Thanks to her kind, guys are doomed to be dragged to chick-flicks until our manhood falls off. 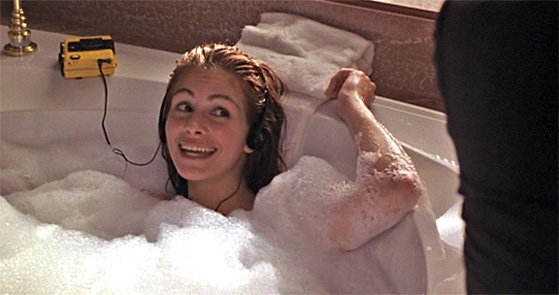 Who would have thought her role as a lovable whore would cement her sugary legacy for years to come. 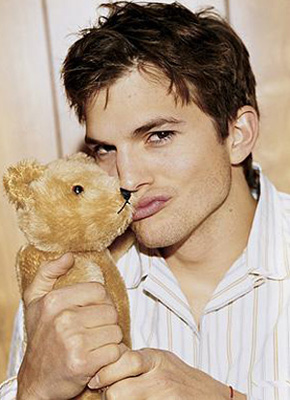 Bulimics use this photo to induce vomiting.

Aside from banging Hollywood’s ultimate MILF, Ashton is also famous for his part on That ’70s Show and for being Charlie Sheen’s replacement in the dreadful Two and a Half Men. You also probably know him as the asshole from Punk’d who pulled dumb pranks on his celeb pals. Like most of the actors on our list, Kutcher has a growing number of haters and a Facebook Page to prove it. His Urban Dictionary Page is also pretty amusing. Thanks to the last few years of overexposure and some abysmal comedies the mere mention of Kutcher elicits pissed off moans and groans. Ashton would probably have been that kid in school you started out liking but the more you got to know him the more you scorned his existence. Ashton is the “semi-endearing idiot who has overstayed his welcome”. 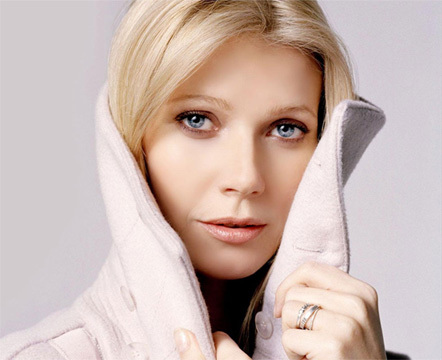 While researching this article we found that Gwyneth’s name kept creeping up in our research… a lot. We always assumed there was a good reason for the hate she received online and apparently there is. Quotes such as, “I’m really fucking good at my job, and people who are interesting and good know that” and “I would rather die than let my kid eat Cup-a-Soup”, tend to leave behind a cuntish aftertaste. The internet consensus is that Gwyneth is an elitist snob. Even the perpetually obnoxious Kathy Griffin once referred to Gwyneth as a “big bag of BS”.

When a pantless Kathy Griffin finds you annoying, you know you have a serious problem.

Paltrow appears as number one on our list because she’s solidified herself in the role of “snotty blonde bitch”. Granted, back in school most of us guys would’ve banged her anyway if given the chance. But that’s not really saying much. We’d also fuck a toaster, a catcher’s mitt sprayed with perfume or a bizarrely proportioned anime chick. 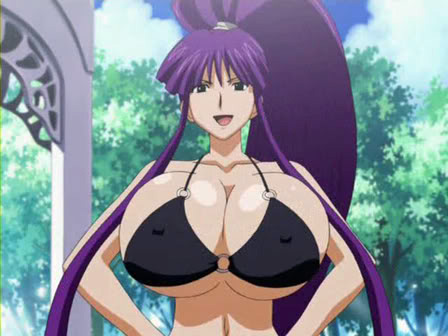 If only she were real.

So that’s our list. Before you give us crap for not including Charlie Sheen, let’s just say we’re sick of the man at this point. In fact, we bet you’re just as tired reading about him as we are writing about him.

By leaving him out, everybody wins. Written by Anthony Quaglia – Copyrighted © www.weirdworm.com Image Sources