Ever since TV has begun the world has immersed itself in it. There have always been shows to suit everyone’s needs or wants. The channel executives do their best to listen to the public and produce what they think we want to see in order to keep the channel going and the sponsorship of ads coming in. There have been reality type shows for years and more so lately. In the wake of most of today’s television programs becoming reality TV shows, we bring you some of the weirdest ones the world has to offer.

There were 400 families that tried out for this reality TV series. The premise of this show is to take a modern day family and have them live like they did in the early 1900s. They have to stay in the house for three months. The bathroom was outside the house, but it was equipped with 3 bedrooms, a safety room, the telephone was in this room. There was a dining room, a drawing room, a scullery and a kitchen, but there was no electricity. Instead of a washer there was a pot installed for washing clothes over a fire. The family struggled to live their normal lives as a Victorian family. 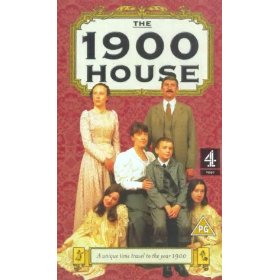 This show was short lived and only ran for one season in 2003. The contestants were introduced on the air and then the audience could vote on who they liked. The male and female who had the most votes would then be married on live television. A few weeks before the show, the winners would be staying together in a hotel and resort in an effort to get to know each other. The couple did not get married at the end of the show and it was said that the woman was truly heartbroken over it. 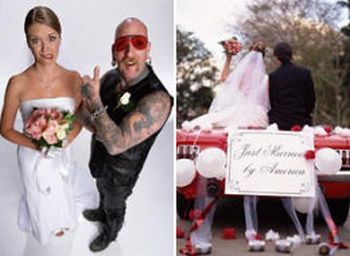 The original airing of this show was in 2005.The premise of the show is a number of men being selected to live among the monks in a religious retreat. These men did not have to have a religious belief, but they did have to give up all their worldly possessions. This show has 2 spin offs, one including a group of women living in a convent and the other being both men and women living in a Muslim society. The eleven contestants were told that they were going to compete on a show called the All American Man. It was supposed to be a mental and physical competition. When they got to the show they learned that they had to cross dress in order to win the cash prize. They had to learn how to bond with other females in a nonsexual way, wear a brassiere, jewelry, and make up. They had to plan a wedding, be a bridesmaid, pass as a female in public and with their family and friends and then participate in a beauty pageant. 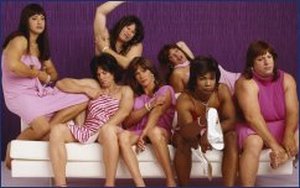 This show was aired in 2008. It is a dating reality show staring Calpernia Addams, who is a transgender person. During each episode a potential suitor was eliminated. In the first episode, the contestants and Calpernia get to know each other. In the second episode, the men have to cook for Calpernia and her friends. The third episode has the men going through a mini boot camp and the fourth episode she takes them to a night club where she performs. In the fifth episode, the men learn how to two-step and the sixth episode has them meeting her parents, which then leads to a recap show and the finale.