Weird Episode One: It could be the Walnuts

The Dick Van Dyke Show first aired on CBS in October of 1961 and the program ran until 1966. While most of its shows followed the same conservatively funny occasionally the show’s writers took jabs at then current culture trends. While the network censors didn’t even allow the married couple depicted on program be seen sleeping in the same bed on camera, the show’s writing staff managed to get scripts cleared that defied the image of the stereotypical situation comedy. One of the most surreal television moments came when the script called for a drastic departure for the normal day to day life of the comedy writer Rob Petrie and veered off into a send up for another show becoming popular at the time – The Twilight Zone. In an episode called “It May Look like a Walnut” instead of his usual mundane issues Rob was chased around by walnut tossing body snatching aliens in what proved later to be one heck of nightmare for the show’s hero.

Bewitched was as unusual show from the very beginning as the plot revolved around a young married woman who actually a witch was trying to masquerade as an average housewife in the suburbs. For five years the show staring Elizabeth Montgomery as the as the “housewitch” Samantha and her long suffering husband Darrin played the equally long suffering Dick York held on to top ratings. New cast members were added including a daughter for the couple named Tabitha, and the continuation of characters like Samantha’s mother played by Agnes Moorehead. Dick York suffered from a back problem stemming for an injury that occurred during his movie career, and this left him taking a habit forming amount of pain killers. The combination of pain and medication left him exhausted and sick. He couldn’t go on with show anymore and he was dropped in 1969. Rather than write him off the show producers simply recast the part and in 1970 Dick Sargent started the filming the first episode of that season as Tabitha’s Daddy. Fans were so turned off by the sudden, unexplained switched the show plunged drastically in the ratings and magically disappeared from the small screen shortly thereafter. 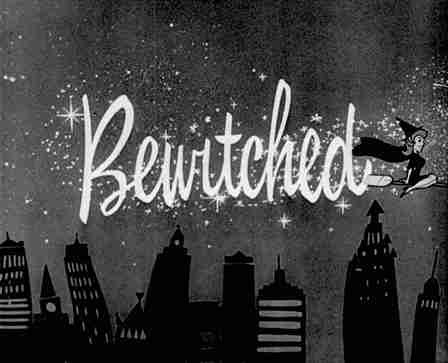 Dallas became an instant hit in 1978 when the show first aired and it ran through 1980’s. When Patrick Duffy who played Bobby the youngest son of a Texas oil millionaire decided to leave the series in 1985 the ratings took a downward turn. When it was announced that Duffy would be back fans turned in eagerly wondering how Dallas writers could find a way to bring back the character that had been killed off at the end of Duffy’s last season. Instead the character’s wife surprises Bobby in the shower and it is revealed the entire Duffy-less past season was all a dream. Even died hard fans of the show were angered by this weird ploy and the show lasted until 1991 following a steady decline in ratings. 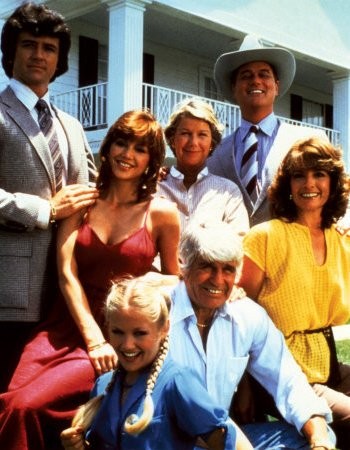 Weird Episode Four: We’re not laughing with you…

Bob Newart went from one successful show called The Bob Newhart Show which ran from 1972 to 1978 to another in Newart which ran from 1982 to 1990. The earlier series in which Bob Newhart played a psychologist whose wife Emily was played by Suzanne Pleshette. In the new series Newhart played an inn owner who was plagued by bizarre townspeople. At the end of this series in a poke at the weird dream episode of Dallas fame, the writers had Bob hit by a wayward golf ball and wake up back in his old bed from the previous series next to Suzanne Pleshette. He then proceeds to relate the entire premise of Newhart as if it were a dream. 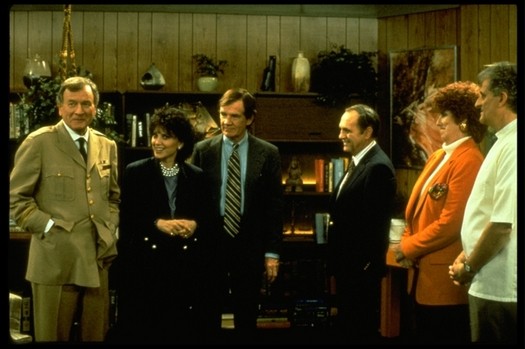 Forever Knight a television show produced in Canada featured Geraint Wyn Davies as a 13th Century vampire living among humans and working as a policeman. Despite its popularity there was a decision to cancel the show, something the series creator James P Parriot seemed to have a hard time swallowing. Through the shows last season he systematically began to kill off characters of the show. When fans turned in to see what would be the last episode they expected to see things wrapped up neatly. Instead of a happy ending for the do good doing vampire the writers had in a weird turn of events the show’s hero handing a stake over to another character and begging to be staked. 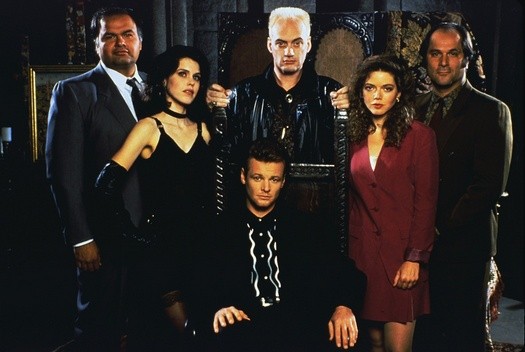