Everyone loves a good video game, whether it’s a 40 hour epic or something on your cell phone designed to kill a few minutes. With the industry as large as it is it should come as no surprise that there have been some strange games over the years, but there a few that stand out as being especially weird.

It’s likely that many of you reading this have a fond memory or two about old video games. Playing Mario for the first time, racking up a Tetris high score, guiding George Bush Sr. in his quest to defeat Saddam Hussein…

If that last one doesn’t cause the memories to come flooding back, it may be because you were a part of the minority of children who didn’t have an interest in the Gulf War and U.S.-Middle Eastern relations. Thankfully, for all of us healthy kids who kept their Nintendo right next to their copy of Foreign Policy, Operation Secret Storm was there for us. As one of the earliest games released with a political message, Secret Storm came out in 1992 to protest America’s withdrawal from the Middle East. Apparently unhappy that the Gulf War ended as it did, it’s up to the gamer to guide the protagonist into Iraq with one goal: kick some foreign ass.

The player controls Secret Agent “George B.”, who begins his quest in Kuwait and works his way into the heart of Iraq, beating up Arabs all the while. It’s a surprisingly low tech war, as the Iraqis fight with sticks, knives and bows while George prefers to use what God gave him, punching the crap out of anyone who gets in his way. As players progress they’ll challenge a host of stereotypical bosses like a camel rider, a guy on a magic carpet, and, uh, a bald eagle? Yes, you have to kill a bald eagle in order to complete your invasion of Iraq. Maybe this game’s political commentary is more complex than we’re giving it credit for. 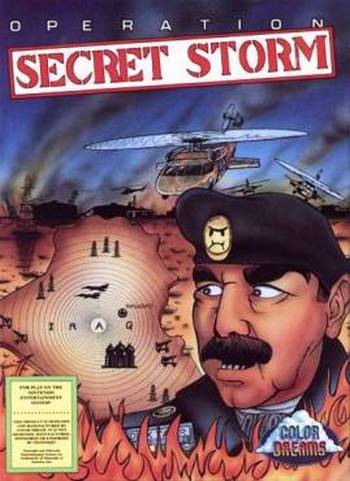 Socks the Cat Rocks the Hill

By 1993 the political climate had shifted and Bill Clinton was ready to enter office. The video game industry, always trying to stay politically relevant, responded with the announcement of a game starring Bill Clinton’s cat, Socks. This was well before the Monica Lewinsky scandal and so Clinton was quite popular, although popularity doesn’t even begin to explain the baffling concept of this game.

Socks wasn’t just going to explore Washington to find some kitty treats or something either; no, his goal was to stop foreign spies from stealing America’s nuclear launch codes. To accomplish this, Socks had to make his way past enemy agents, the media corps and politicians, including caricatures of famous Republicans as bosses. Why Nixon and Reagan would want America’s nuclear secrets revealed to the world wasn’t really explained, but we suppose we can’t expect too much out of a game that stars a cat.

Unfortunately, the world will never know just how Socks intended to rock the hill. The game was complete and was ready to be manufactured, but the abrupt demise of the game’s publisher meant that this title never saw the light of day. Fans of Socks all around the world were crushed, and the cat was forced to live out the rest of his term aimlessly wandering the White House and playing with his toys, trying to cope with the depression of being unable to capitalize on his first 100 days in office. 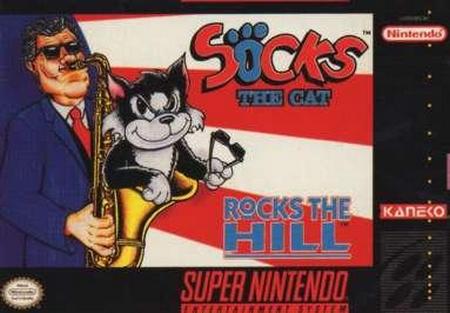 Remember when Basketball was really popular back in the 90s, mostly because of the Chicago Bulls? Michael Jordan was arguably the most popular athlete on the planet, and as everyone rushed to cash in on his talents Electronic Arts decided they needed to get in on the action. That explains Chaos in the Windy City, a platforming game where Jordan uses basketballs to fight zombies, spiders and other generic video enemies. All with one goal in mind: to rescue his fellow all star players, who have been kidnapped for some reason. It’s actually not a terrible game, if you can get over its baffling concept.

Not to be out done, Shaquille O’Neal also let his likeness be slapped onto a video game. Shaq Fu is as stupid as its name implies; this fighting game features Shaq entering a fantasy world and beating the crap out of various monsters and ethnic stereotypes to rescue some lost kid. It’s widely considered to be one of the worst games of all time, despite the fact that Shaq can punch a mummy in the face.

Rounding out the trio of early 90s basketball games is Bill Laimbeer’s Combat Basketball. Laimbeer had a reputation of being a bit of a thug, and the game plays off of that. This one features actual basketball, albeit set in 2030 where the game is played entirely by vicious robots (and Laimbeer, who is apparently ageless). It’s silly and no fun to play, but frankly a league of brutal robots would be a lot more interesting than the NBA in its current form, so lets hope this game is prophetic. 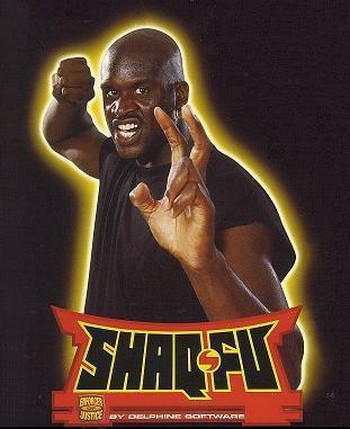 Cho Aniki is a Japanese series of side scrolling shooter games starring gay men. That’s not meant in a derogatory way: the heroes of Cho Aniki are muscular, oiled up, and very comfortable with their sexual orientation. The rather phallic shaped Samson and Adon fight by shooting lasers out of holes in their heads, and they take on classic video game enemies like French maids, cross dressing men, the Mona Lisa and hundreds and hundreds of things that look like dicks.

There was a spin-off fighting game as well, where Samson and Adon fought, among others, a creature that looked like a condom, a floating pagoda with an Elvis head, and a half-girl, half-battleship that attacked by throwing frolicking gay dudes at her opposition. If any of that made sense to you then you know far more about this series than we do. Please tell us what the hell it’s about, because we have no idea.

Like any weird Japanese thing, it’s hard to tell just what the motivation behind Cho Aniki is. It’s probably just being campy and weird on purpose, but for all we know it could be meant as some serious commentary on homosexuality in modern society, or maybe this is just what Japan thinks is awesome. We may never know, and we’ll probably be too busy trying to get the catchy music and insane characters out of our mind to care. 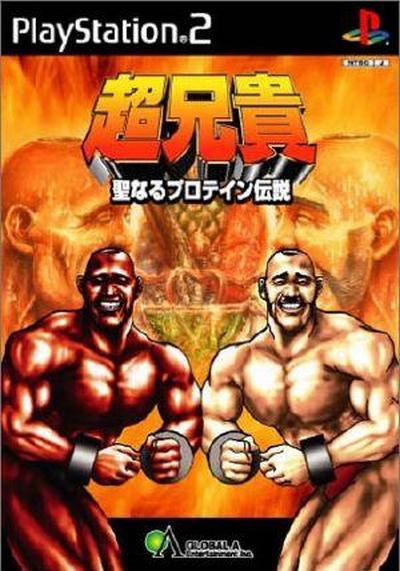 Let’s get back to politics. Metal Wolf Chaos, released only in Japan, is set in the near future where, to quote the game’s intro “freedom is dead in America.” Don’t worry, this game isn’t about a bunch of hippies protesting airport security, but rather stars President Michael Wilson taking the country back from his backstabbing Vice President. By piloting a giant, heavily armed robot and destroying everything in sight. Why Wilson chose to run for office with a man who is pure evil isn’t really answered, but who cares? The President single handily saves America in a giant robot. Hell. Yes. We’re surprised the game doesn’t come with an American flag and a gun.

Everything about this game is sheer, over the top insanity; the first level starts with Wilson’s mech exploding out of the Oval Office in an amazing display of patriotism and truly horrendous voice acting. From there it’s just mindless action and lots of hilarious cutscenes.

Much like Cho Aniki, it’s tough to tell what the developer’s attitude towards this one was. When your game’s basic concept is “Air Force One times a million” it’s hard to take it too seriously, but again, you never know. Maybe Barack Obama will start piloting a robot in Iraq, and then we’ll all feel silly for making fun of this game. Either way, it’s one of the weirdest ever made. 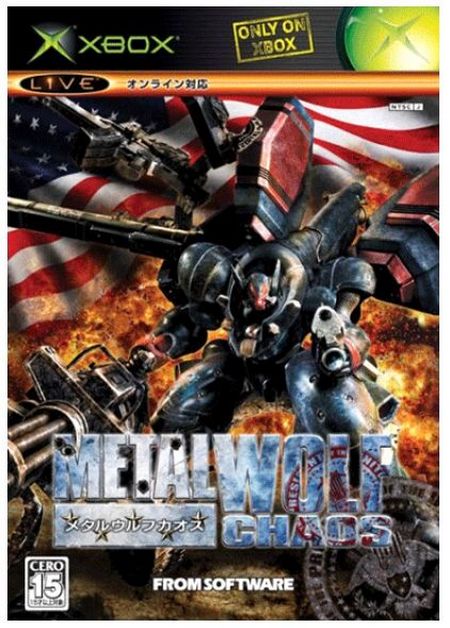 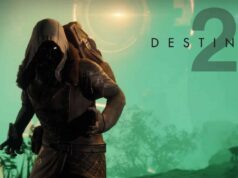