Sleep is precious. It’s one of most basic things that our body needs to stay functional; in fact, you can actually die if you don’t get enough sleep. Unfortunately, despite sleep’s importance to our continued sanity and health, it is often more difficult to fulfill this need than it is to fulfill our needs for oxygen, water or food. As the number of tasks that we try to fit into our day continues to increase (and the number of hours in a day, unfortunately, stays the same) sleep is becoming an even more rare and wonderful commodity. In fact, if someone invented a pill or a device that would diminish or put an end to the daily sleep requirement, society would celebrate the achievement as a momentous turning point in human history. Right before getting back to reading endless funny articles on the Internet.

Having difficulty achieving the required number of sleep hours is especially true for people who suffer from sleep syndromes. Anything that limits your ability to sleep properly, like insomnia or narcolepsy, sucks for obvious reasons. But even worse than that is getting one of those weird sleep syndromes that no one has ever heard of. 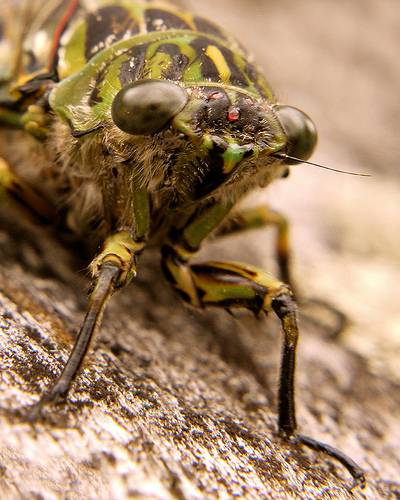 Not to be confused with

Many people describe themselves as “night owls” or “early birds,” but that doesn’t mean that they have weird sleep syndromes; it just means they’ve trained their bodies to sleep and wake at certain times of the day. However, if against your wishes you find yourself falling asleep early in the evening (advanced sleep phase syndrome) or late, late at night (delayed sleep phase syndrome), it can be the result of something actually wrong with your body.

These are examples of circadian rhythm sleep disorders. Normally, your body has a twenty-four hour sleep cycle (that conveniently matches up to Earth’s twenty-four hour day) in which we sleep for seven to nine hours at night, and then wake up for the rest of the day. Our bodies do things such as adjust the internal temperature and generate feelings of sleepiness in order to make sure that we stick to the schedule. But if the regulators of melatonin levels in our systems aren’t working properly, these adjustments can occur at inopportune times, causing all kinds of problems.

Another type of circadian rhythm sleep disorder is irregular sleep-wake syndrome, in which your body just can’t adjust to a regular rhythm of sleep. If you thought pulling all-nighters in school was bad, wait until your body decides to make you do one (or several) of its own accord! 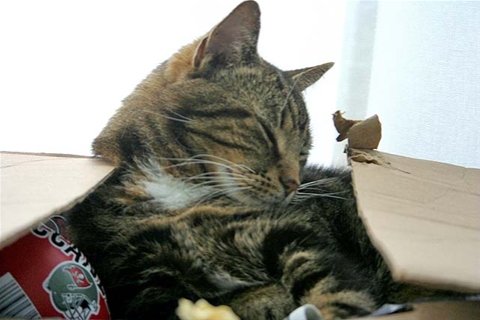 Sadly, every year untold and undiagnosed masses of cats around the world are plagued with this syndrome.

Idiopathic hypersomnia is a weird sleep syndrome that causes sufferers to feel excessively sleepy. If that were the only characteristic of the disorder, pretty much every student and new parent on the planet would have a positive diagnosis. However, the other important characteristic is that it occurs without an identifiable cause. Even if sufferers achieve adequate amounts of healthy sleep, they just don’t end up feeling alert and rested after a night’s rest.

Weird syndromes like this really bring to light the fact that scientists have a hazy grasp on what sleep is and why it’s so important – and especially how it can go wrong, and what to do when it does. The human body is a tricky contraption, and when something breaks, there is only so much we can do to remedy it. 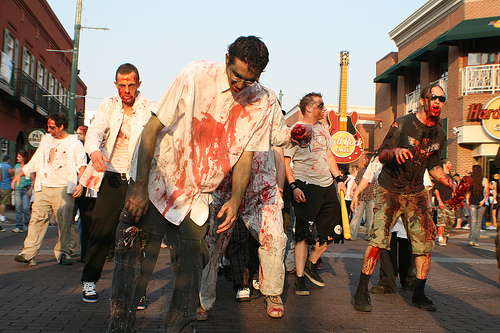 Kind of like this, but with less blood. And only one person at a time.

Somnambulism is a fancy word for sleep walking. Although it’s a fairly well-known sleep disorder, that doesn’t stop it from being weird. In order for a person to have this syndrome, he or she has to suffer a pretty crazy failure of the basic mechanisms that our bodies activate when we go to sleep. When somnambulism occurs, the sufferer’s brain fails to shut down muscle activity, releasing the body from the sleep-induced paralysis (also known as “muscle atonia”) that most people experience. After that, during certain parts of the sleep cycle, sufferers will perform acts ranging from simply sitting up in bed to walking around to even driving.

You’d think this would occur during REM (dream) phases of the sleep cycle, and that they would involve a person acting out his or her dreams. Interestingly enough, somnambulism usually occurs during non-REM periods of sleep. So, no, if you start to sleep walk it doesn’t mean that your dreams are becoming reality. Which is probably a good thing for most people. In fact, Wes Craven built a summer house based solely on that concept. 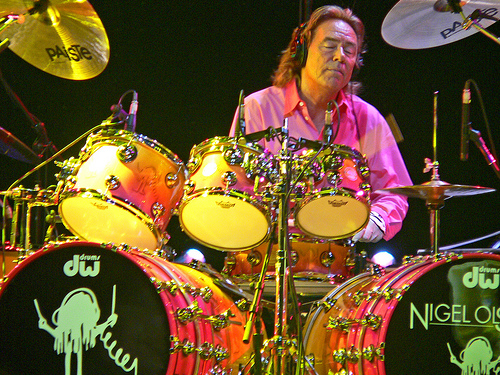 PLMD experts can get great drumming gigs, though they won’t remember them in the morning.

This syndrome, which used to be known as nocturnal myoclonus, occurs when people have problems arising from moving their limbs in a repetitive fashion during sleep. As mentioned above, the brain limits muscle movement during sleep, in part so that you don’t react to your dreams of being a champion boxer by punching the person sleeping next to you in the face. Most people experience some degree of movement while sleeping; it’s only when the amount and severity of the movement becomes excessive that it turns into a proper syndrome.

PLMD doesn’t sound so bad if you’re sleeping by yourself. But just imagine how happy your date is going to be when he or she finds out that you randomly flail your arms and legs, causing unintentional bruises that are nonetheless difficult to explain. Even if you’re not lucky enough to share your bed with someone, it’s no fun to wake yourself up by smacking a limb into a wall or other hard surface. 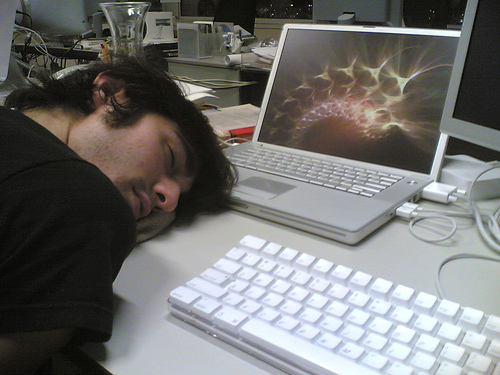 He swears he got a good night’s sleep!

Regular insomnia is bad enough. In addition to the fact that it just feels terrible not to get enough sleep, sleep deprivation can also lead to all sorts of problems ranging from headaches to lack of ability to focus to being as bad or worse at driving than someone who is drunk. That’s right – as crazy as it sounds, not sleeping enough is equivalent in many respects to overindulging in alcohol. You might not think that it’s such a big deal, but running your car into a tree because you fell asleep at the wheel is sure to change your mind real quick.

Paradoxical insomnia puts an extra weird spin on plain vanilla insomnia. People suffering from this syndrome think that they sleep a different amount of time than they actually do. So, for example, you could think that you got a great night’s sleep, when in reality your brain didn’t really achieve the required amount of REM and non-REM sleep. And the worst part is, when you show up to work exhausted there’s no way that you can prove that you weren’t just up all night playing video games. Many weird sleep syndromes like this are as difficult to diagnose as they are to treat, because it’s hard to prove that it’s not just “all in your head.” Keep that in mind the next time you deal with anyone who is grouchy all the time; the person might just be suffering from a weird sleep syndrome that he or she just can’t explain!