It can be tough to draw attention to an issue you care passionately about. A public protest usually helps, but sometimes even that’s not enough. Sure, if you’re protesting something well known and controversial, like a war, all you have to do is gather a bunch of people together to block off a street or something and you’ll make the news. But if you’re fighting for something the average person doesn’t really care about then you have to take your protest the extra mile to get noticed. The result is often something very weird.

Most people, assuming they’ve even heard of Saskatchewan, couldn’t care less about what goes on there. Even people who live in the Canadian province can’t summon up much more than an apathetic grunt when asked what they think about their place of residence. So when denizens of Leader, a town of just under 900 people, wanted to protest the large number of potholes on their roads, they first had to overcome the fact that they were fighting the least interesting battle in history. 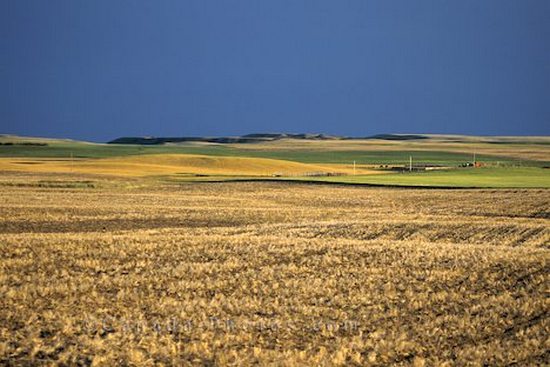 You can watch your dog run away for days. There’s nothing else to do, anyway.

Their solution? A calendar full of nude photos of local residents posing in the potholes. Nothing helps draw attention to an issue better than sex appeal, even if the issue is “bad roads in the middle of nowhere.”

Unfortunately, as soon as you discover the calendar is full of wrinkly old men you’ll realise there’s absolutely no sex appeal here at all. We’re not calling them ugly, that’s unfair, but when we think “pin-up calendar” we think twenty year olds vixens, not dudes trying to put the “sex” back into “sexagenarians.” Then again, their protest made news around the world, so maybe they had the right idea. The right, creepy, idea.

If there’s one thing farmers love more than… uh, whatever it is that farmers love, it’s protesting. After all, it’s tough to be a farmer in the 21st century, and they need to get their opinions heard just like any other profession. So when the European Union decided to make sweeping changes to their agricultural policy in 2009, dairy farmers in Belgium fought back the only way they knew how: with dairy products. 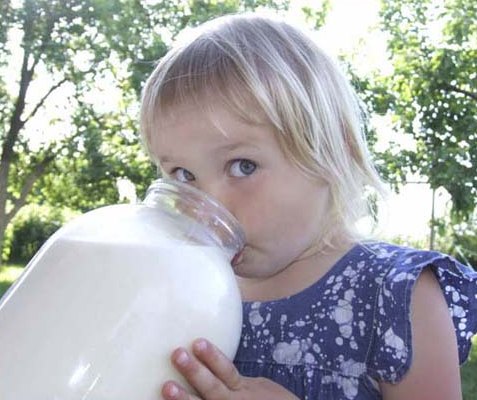 Farmers had been protesting all across the EU for weeks in response to these policy changes, but the Belgians finished things off with style. And barnyard animals. Not content to merely stand in the streets, wave signs and yell at police officers, the farmers brought along their cows and chickens to help them out. No, the chickens didn’t hold adorable little protest signs in their beaks or anything, but instead stood around and let the farmers throw their eggs at cops.

The cows, for their part, had their milk sprayed straight at riot police, while hay was shot at them from farm machines. All of this occurred while a fleet of tractors blocked off roads and fires burned in the streets. Despite all of this, the riot police basically just stood around and took it, perhaps fearing some sort of manure based retaliation if they attempted to fight back. Seriously, don’t mess with farmers; they’ll milk you something fierce.

We could have easily made this entire list based solely on weird protests by PETA, but that would be like cheating. They’ve mastered the art of making headlines by doing stupid things; that’s basically the goal of their organisation. But we had to mention one particular protest because it crossed the line from “potentially effective” to “baffling and pointless” with alarming speed. 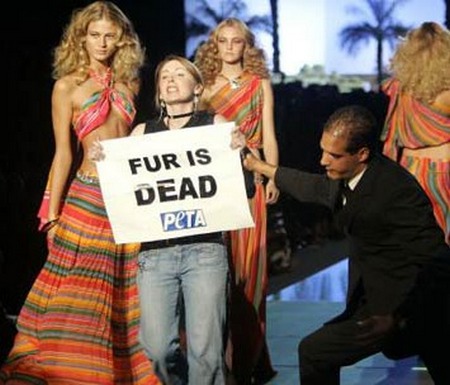 Did you dissect any animals in science class when you went to school? Did you think it was unethical? PETA intern Jennifer Thornburg thought so, which is why she had her name legally changed to Cutout Dissection.com, the web address of a site run by PETA that aims to bring an end to dissection in schools.

We have nothing against her goals, but we do have to question Ms. Dissection.com’s methods. Sure, anyone she introduces herself to is going to be curious when she says “Hi, I’m Cutout, nice to meet you,” but they’re also going to regret asking for details the second she starts spewing facts about dissection. Nobody wants a lecture from someone they just met, especially if it’s related to an organisation as controversial as PETA. Seriously, imagine introducing yourself to her at a party, and the conversation that would naturally follow. She might as well have named herself Ms. Buzzkill.