Since the days of our early ancestors, mankind has been gradually improving on ways to hurt and kill each other. In the age of technology, the ability to inflict damage on other people has reached new heights and militaries around the world have developed or are in the process of developing a wide array of weird and often frightening new weapons for the 21st century.

The Special Weapons Observation Reconnaissance Detection System or SWORDS are Talon robots first used in the detection and removal of explosives that have been modified with mounted weapons. The SWORDS are radio controlled and can be equipped with machine guns, rifles, grenade launchers and anti-tank rocket launchers. With armed robots already in use in Iraq, some predict this is the dawn of a new era of warfare and it’s only a matter of time before armed robot units make up the bulk of the modern army, and maybe even start thinking for themselves. The Electromagnetic Personnel Interdiction Control or EPIC for short is being developed by the US Navy as a non lethal weapon. It omits intense radio-frequency emissions that can penetrate walls and disrupts the functions of the targets inner ears, which effects their balance and coordination and gives them a bad case of motion sickness. The weapon is designed to subdue an enemy without too much damage to them, though it could get a bit messy. Another weapon designed by the US military to defeat an enemy without harming them is The Silent Guardian. The weapon is a 95GHz millimetre wave “active denial system” and has a range of 500 meters. It can be used for individual targets or crowds and heats the skin of the target to a temperature of 50 degrees centigrade which is comparable to the blast from a very hot oven; the heat repels the crowd or person, forcing them to retreat to cover. When the target moves out of range of the beam, the burning sensation stops and no damage is caused. The Air Born Laser or ABL weapon system is currently under development and will use a high-energy, chemical oxygen iodine laser (COIL) mounted on a modified 747-400F (freighter) aircraft primarily to shoot down ballistic missiles. The idea is that jets will patrol friendly areas at high altitudes of around 40,000 feet and scout for missiles as they are launched. The ABL system will then relay information to a computer which will calculate its course and direction before another laser with weapons class strength will destroy the missile over the launch area. 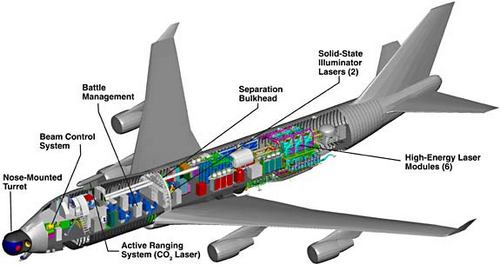 The High Frequency Active Auroral Research Program or HAARP is a project that affects weather systems which, according to some scientists, is being developed in part at least, to be used as a weapon. HAARP will be able to enhance and prolong storms and divert Vapour Rivers in the Earth’s atmosphere to cause floods or drought on specific targets. Some even claim the weapon can cause earthquakes and volcanic eruptions and some believe this has already happened. When describing the earthquake that hit Tangshan in China on July 28, 1976, and killed over 650,000 people, the New York Times reported that witnesses stated that just before the first tremor the sky lit up as bright as the day in white an red lights. Plant life in the area was burned to a crisp, scorched on one side as if by a fireball. This has led some so called conspiracy theorists to speculate that ‘weather weapons’ are already in use, and have been for some time. 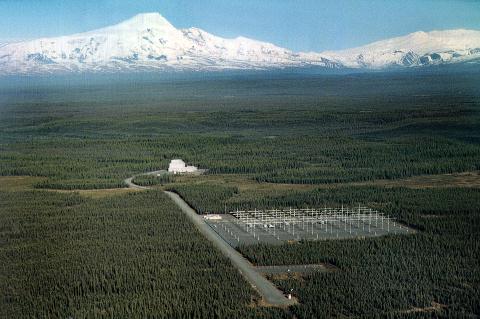 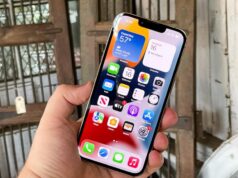