Across the world and throughout history there have been tales of legendary warriors who fight against all odds to defeat their foes. Often these heroes are faced with more than mere men, and are said to have interacted or fought against all manner of weird mythical creatures. Here are some of the stranger tales of how legendary warriors and weird mythical beasts have intermingled down the ages.

1. King Arthur and the Giant Cat

In Celtic mythology, a giant cat knows as the ‘Cath Palug’ is said to have terrorised the Welsh island of Anglesey. Unusual for a cat, its mother was a giant sow called Henwen and just after it was born at Llanfair in Arfon, a powerful Swine herder threw it into the sea. However this didn’t kill the Cath Palug and after making its way to Anglesey and being raised by the sons of Palug, who didn’t realise its deadly potential, it killed and ate ‘nine score warriors’.

Unfortunately for the giant cat, the legendary King Arthur was in the area hunting at the time. Arthur, who is believed to have lived (if at all) in the early 6th century is said to have come up against this fearsome creature and once again proved his worth as the king and saviour of the British Celts and succeeded were so many others had failed and killed the beast. Another legend, on the other hand states that Arthur fought the creature in France near Lake Geneva, and lost. 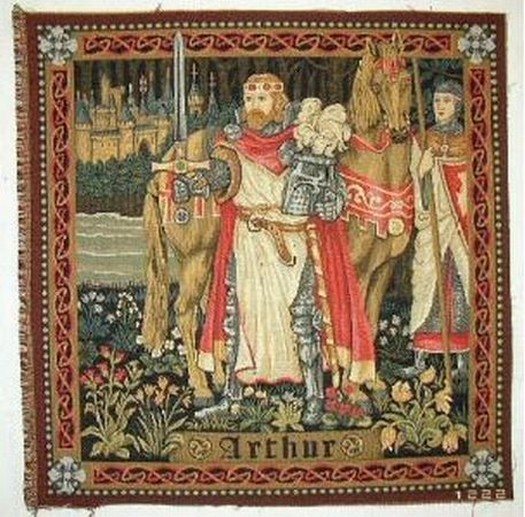 2. Minamoto Yoshitsune and the Tengu

The Tengu are mythical spirits from ancient Japanese folklore that take the form of part man, part bird. Originally they were depicted with huge beaks but that has been replaced over the centuries by a ridiculous long human nose. They have human bodies and limbs and are usually depicted with large wings.

Minamoto Yoshitsune lived in the 14th century and was born into the Samurai class. When he was a young boy, his father was assassinated by a rival clan but he was allowed to live on condition he was exiled to a Buddhist temple and become a monk. One day the young Yoshitomo encountered a Tengu, who taught him the martial arts, especially how to use a sword so he would be able to seek revenge on his father’s killer when he came of age.

In Buddhism, the Tengu are traditionally seen as disruptive demons but their image has softened over the years to one of protectors of the mountains and forests, although they are still considered very mischievous. Yoshitsune’s teaching by them was originally seen as an attempt by the Tengu to cause chaos by throwing Japan into war. However, as Yoshitsune’s reputation as a legendary warrior has grown and that of the tengu softened, it now tends to be seen in a more honourable light. 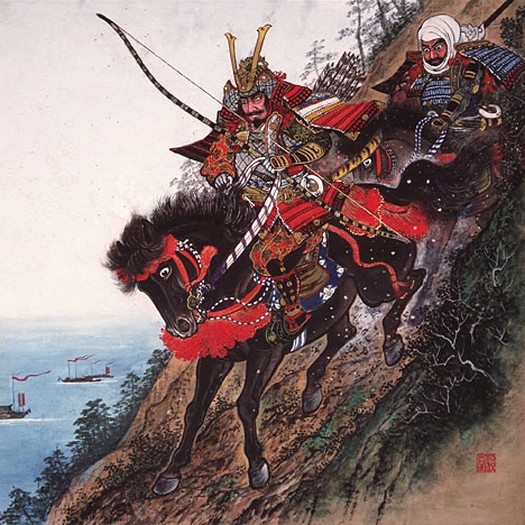 3. Beowulf and the Dragon

The poem ‘Beowulf’ tells of the adventures of the great Anglo-Saxon warrior of the same name who would not only slay a fire breathing dragon, but do it as an old man. After a slave stole a gold cup from the dragon’s lair, the creature was furious and terrorised the local area burning people and property alike. Beowulf took eleven men with him when he went to face the beast but told them not to join in as it was between him and the dragon. What’s more he was so confident that he could take a dragon in a fight that he said he’s only using his sword because the dragon could breathe fire!

When they met, the hero hit the beast on the head with his ancient sword but this just blunted the blade and made the dragon mad. He breathed out a stream of fire which hurt Beowulf, who only had his shield for protection. At this point, all his men ran away except one, Wiglaf, who rushed in to help. Beowulf again hit the creature on the head with his sword which promptly broke in two.

The dragon, now furious, bit him in the neck and shoulder, mortally wounding him but Wiglaf sliced its stomach while it was distracted. Beowulf then took his dagger and finished the beast off, however the poison in his blood proved too much for him so after making the brave young Wiglaf his successor, the most famous Anglo-Saxon hero of them all died. 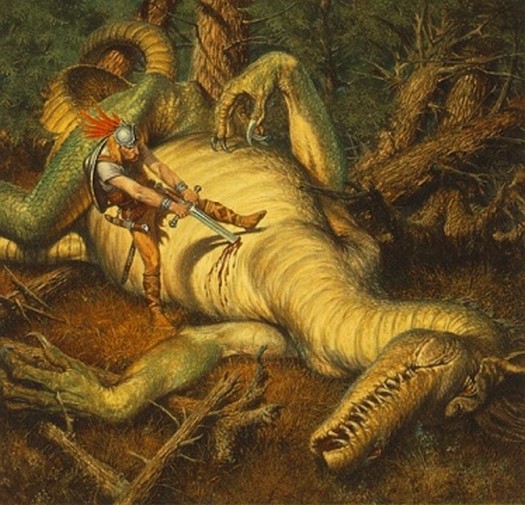 4. Gilgamesh and the Bull of Heaven

The ‘Epic of Gilgamesh’ is a Sumerian (ancient Iraqi) poem following the chronicles of a legendary king, who may or may not have existed in around 27 BC. In one of the stories, Gilgamesh attracts the sexual advances of the goddess Ishtar, the goddess of love and war. The king refuses her as all her other mortal lovers had met with nasty ends. Infuriated, Ishtar went back to heaven and asked her father, Anu the sky god, to give her the ‘Bull of Heaven’ to wreak havoc on Gilgamesh and his city.

Anu agreed and sent the Bull of Heaven down to earth. Each time the bull breathed, its breath was so powerful that it ripped open the earth creating enormous abysses causing hundreds of people to fall to their deaths, the water to disappear and the vegetation to die. Gilgamesh and his side kick Enkidu manage to slay the beast, but not being too gracious in victory, Enkidu insulted the furious Ishtar telling her that she would be next, then he ripped a thigh off the bull and threw it in her face, something he would later pay for with his life. 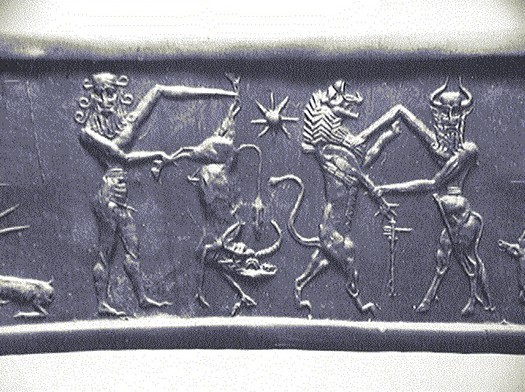 5. Odysseus and the Giant Cyclops Polyphemus

In book 9 of Homer’s ‘Odyssey’, the hero Odysseus lands on the island of Cyclopes and sets out to find supplies with twelve of his men. They find a large cave and enter but it turns out to be the home of the giant Cyclops called Polyphemus who is less than happy with the uninvited guests. He traps them inside with a large bolder but not before crushing and eating two of them, a meal he repeated the next morning and evening.

In a bid to escape, Odysseus gives the Cyclops a strong wine and gets him drunk. Polyphemus asked his prisoners name, to which he got the reply ‘no man’. When the giant passed out, Odysseus and his men used a huge club that they had secretly sharpened earlier and drove it into Polyphemus’s eye. He screamed out to his fellow Cyclopes that ‘no man’ has hurt him, thinking he had gone crazy, they left him to his fate. The next morning the surviving captives tied themselves to the underside of the giant’s sheep (who were, of course, giant sheep) and make good their escape. 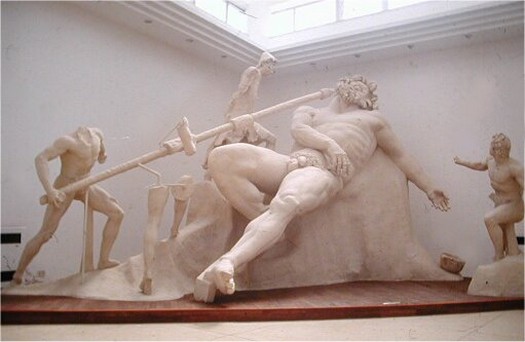