Home Home 5 Ways That Magic Is Portrayed in Fiction

What is magic? If you’re like us, magic is something that you wished desperately would become part of your life until you were way past the time when most people stop believing in it. Also, you would still do silly stuff like jump off of things and in the hopes that this would be the time you’d end up flying long into your teenage years.

Or maybe that really is just us…

Anyway, the thing about magic is it’s a fictional thing (according to the “experts,” at least – we’re still holding out for solid proof!), and thus people tend not to agree on its exact shape and form. In fact, different authors have created entirely different universes based on how they believe that magic should work. Although there is a bit of overlap between the various models, we’ve done our best to stick them in concrete and completely arbitrary categories. For example… 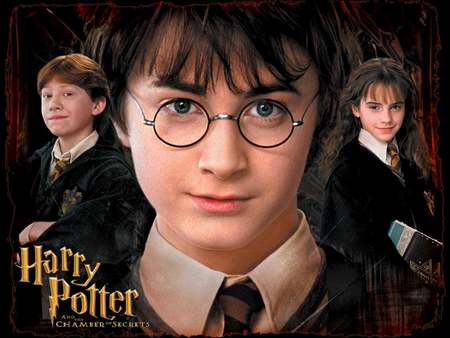 Each of these ten year olds has enough power to kill your entire city. Just sayin’.

In the Aristocratic Model of magical distribution, only some people have powers. That means that you could be muddling around, driving to and from work, yelling at your kids or your dog, and wondering how you’re going to get the house clean for your in-laws who’ve just told you they’re going to show up within the hour, while your next-door neighbor is trying to get his flying carpet to work right. The Aristocratic model is broken down into two subsets.

One is the Blatant Aristocratic Model, which deals with worlds in which everyone knows that people among them can use magic (as is the case with Tamora Pierce’s work, such as Wild Magic). As you can imagine, having strong magical powers tends to elevate those who have them, or else those with power are born to others with power – in power. Personally, we think we’d be a little cautious (as in, never leave our homes) if we knew that someone in our neighborhood could fry our eyeballs without blinking. But in these worlds, no one really seems to mind that some people have magic, especially when the dragons and demons come knocking on their doors and eating their friends.

The other is the Secretive Aristocratic Model, which deals with worlds in which not everyone knows that people among them can use magic (as is the case with J.K. Rowling’s Harry Potter series.). This means that those with magic either stick together to avoid the non-magicals, or else they have to learn to live mostly magic-less lives. As you can imagine, this often leads to strife. I mean, wouldn’t you think that the ability to strangle someone from across the room should give you some sort of privileges, like cutting in line at your local McDonald’s? 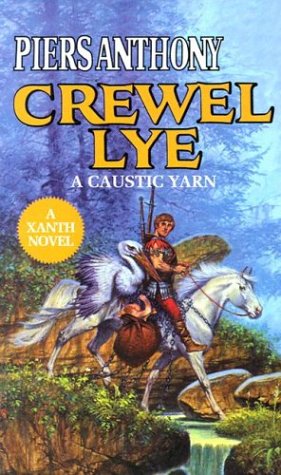 Now here’s a model of magical power distribution that the good ole’ U.S. of A. can get behind: everyone in the world has his or her own magical powers. No one is left out in the cold.

However, it ends up being a bit similar to the aristocratic model when you’re looking at situations such as those presented in the Xanth series by Piers Anthony. Sure, everyone has powers, but only a certain few (those in power) have high-quality magic, such as the ability to talk to any plant or animal, or the ability to regenerate injured body parts. Everyone else is stuck with the ability to make a spot on the wall or stack plates really high. Seriously, if that was your power, don’t you think that you’d get a little pissed off after a while?

An even more democratic model is portrayed in worlds such as that in the video game World of Warcraft. Everyone has magical powers (and yes, I’m considering hefting a sword twice your height to be a magical power) and you have the ability to increase that power over time if you put in enough effort. Yay for magicalism! 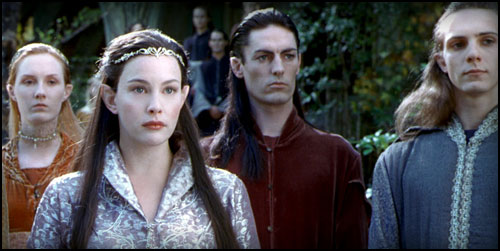 Not only do we have amazing powers, we’re much hotter than you as well. And we live forever.

In this model, certain species (either real or imaginary ones) have access to magical powers. It’s similar to the Aristocratic model, except in this case the humans aren’t the ones with the power.

For example, the elves and other species of animal in J.R.R. Tolkien’s Lord of the Rings series have special powers. You might say “wait, what about Gandalf?” but we don’t think that he is actually classified as human.

A subset of this is the Anthropomorphic Model, used in books such as Redwall, in which animals have the magic of being, well, human in many ways. Those of us who are in reality humans might consider this to be kind of a crappy type of power. We know that more than once we’ve wanted to be our cat, which gets to lie around all day and be waited on hand and foot. We don’t think that our cat has ever wanted to be us.

Actual vampires will not be mentioned in this article, as due to recent developments they are dead to us. Literally.