Since the days of the arcade there have been rumors of video games containing more content than what is presented at face. While Easter Eggs in games have become very common fare, some never existed but still caused an entire generation to waste their collective youth searching… Can’t fap to this.

Realism wasn’t exactly what gave Croft the edge against other ladies of gaming. In fact, the “revolutionary” graphics of the PlayStation One tended to turn out more three-dimensional burn victims than it did Miss Americas. But it was 3D, which meant one thing: Above: the aftermath of an industrial accident.

Despite Tomb Raider being about mystery or mummies or something, speculation among fans that there was a “Nude Raider” code was what kept people playing. Internet rumors of a simple button combination were passed around like Bible quotes. When it inevitably failed to reveal her bits, it must have been because you did something wrong. After all, this stuff came from the Internet. It had to be true. 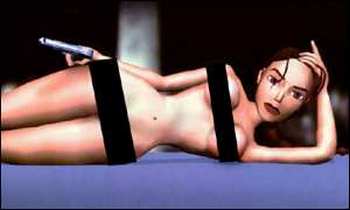 Sonic and Knuckles is famous for the lock-on feature of its cartridge: inserting Sonic the Hedgehog 3 on top of Sonic and Knuckles allowed players to play the two games combined (what Sonic 3 was originally intended to be) as three different characters. That should have been it but, as a special bonus, compatibility with Sonic 2 was added which allowed players to play through the game as Knuckles. That’s where the trouble began. 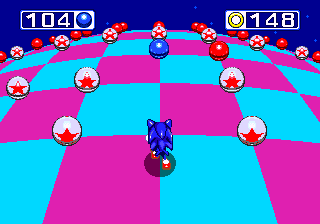 Good god, just try not to get epileptic.

Something about this wasn’t quite right. Rather than accept the relatively “meh” gift they had received, impressionable minds believed that Blue Sphere lead to something greater and began to speculate what that was and how to get it. While the prize varies, the means of achieving it are usually the same: beat Blue Sphere from start to finish.

The problem is, that’s pretty much impossible. While you only had to play a handful of Blue Sphere levels in Sonic and Knuckles, the stand-alone version of the game has over one-hundred million levels and would take at least four-hundred years of non-stop playing to complete. That means you, your children, your grandchildren and your great grandchildren won’t complete a single run of Blue Sphere working together, though you will collectively waste your lives. 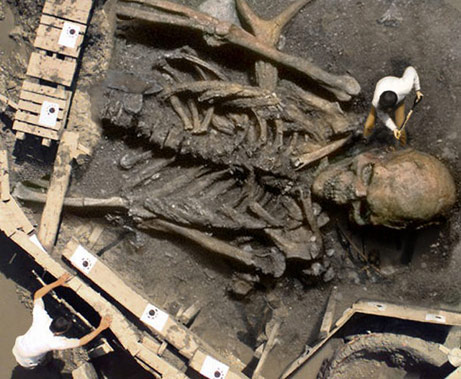 A winner is corpse.

Street Fighter 2 and its twenty-six variations are widely credited with popularizing the fighting game genre. Despite the various changes made to each new version of the game (more moves, new costumes or inclusion of the word “Turbo”) they all ended in the same way – a face-off with M. Bison. 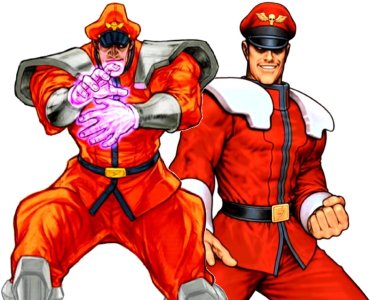 The “M” stands for “Murder” in case you were wondering.

However, a questionable translation of in-game text sparked the notion that Bison wasn’t the end. When the character Ryu would win a match, his victory speech read: “You must defeat Sheng Long to stand a chance.” In actuality Ryu, was referencing one of his special moves, but the name sounds enough like a person to be a character – a character not listed in the roster. Popular rumor dictated that Sheng Long was the true final boss of the game and was accessible by playing through the hardest difficulty of the game without taking damage. Then, you must face Bison without taking damage or inflicting any, resulting in a series of draws. Eventually, Sheng Long appears. Ta-da! Easy, right? 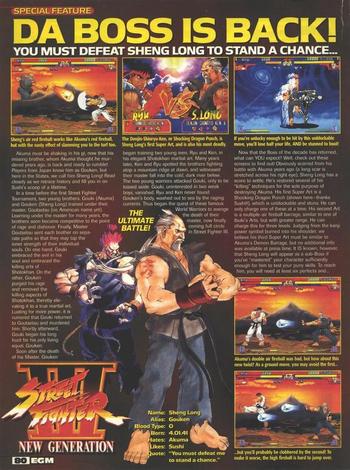 Ignoring that this is about as much fun as getting a package from the Unabomber, it just sounds completely stupid. But the rumor itself was printed in the pages of Electronic Gaming Monthly, the same professional publication that people trust not to waste their time and money. To be fair, it was the April edition, entitling all involved to act like asses of a pointless holiday.

The character Akuma was allegedly added to the Street Fighter 2 roster because of Sheng Long.

Nudity in video games was the holy grail of every male child in the nineties. It wasn’t’ enough that we were wasting our (and presumably our parents’) money on games. There had to be more, and it had to jiggle.

For reasons child psychologists don’t like to discuss, fighting games seem to attract this attention quite a bit. Mortal Kombat II is a pretty good example. As a joke, alternate Fatalities were added to the game: Babalities that turned the opponent into a baby and Friendship, ending the match with a handshake or something similar. For whatever reason, the inclusion of these two gags lead to the belief that there must be Nudalities somewhere in the game that could make the female characters strip and kill their opponents with their horrific sexiness. It’s just dumb enough to make sense to an eleven year-old. It obviously wasn’t true, given that that sort of thing opens to doors to all sorts of lawsuits, but the search continued well into Mortal Kombat 3.

And really, who wouldn’t want an eyeful of this?

Oddly enough Nudalities became a reality in Tattoo Assassins, a Mortal Kombat clone that never made it to market. However, the game is well documented and sites like YouTube can provide you with all the computer generated boob you need.

Play A Song, Get the Triforce

While Zelda games aren’t full of secrets in the usual sense, they are full of stuff. Following every side quest to the end can result in hours being added on to your play time, so it’s not unreasonable to think that maybe there’s something that’s yet to be found in any given game. After all, a secret room in A Link to the Past wasn’t discovered for almost a decade after the game was first released.

Ocarina of Time has sparked the most speculation, most of which draws back to the Triforce. Central to the plot of the series, the Triforce is a mythical item that is acquired in some of the previous games but never used by the player. In Ocarina of Time it is completely absent, leading some to believe that it’s a secret. Nintendo has denied this claim numerous times, but what do they know? This is some Ark of the Covenant shit right here.

1999 saw the release of this image from someone claiming to have found the Triforce: 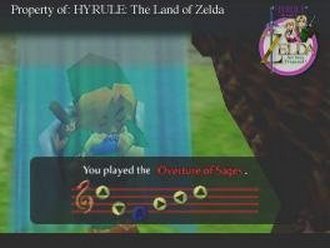 According to the story, playing this song would warp the player to the Temple of Light wherein they could finally get their hands on the Triforce. Anyone who tried the song quickly realized it didn’t work and really the rumor should have been axed there. But, songs don’t work unless an in-game character taught them to you, and so the game’s own mechanics fuel the fire of what was essentially wishful thinking.