Let’s just get something straight: like it or not, racism has never exactly been a stranger to cinema. Why do you think there have only been four black men to win a Best Actor Oscar? And is it a bigger travesty that there have been only four, or that Jamie Foxx has one while Morgan Freeman does not (and yes, we know that Freeman has won Best Supporting Actor, but still)? Hollywood has gotten better about giving people of all creeds and colors a chance, but that doesn’t mean they haven’t made some missteps along the way. Sometimes, those missteps aren’t intentional, either. Case in point with these absolutely ridiculous casting decisions that could be considered downright racist…

John Wayne was a lot of things. Tall, imposing, talented, charismatic, and decidedly not Mongolian. Did that last thing stop him from portraying the most famous and feared Mongolian in all of history? Of course not. And that’s precisely why the extremely white cowboy from Iowa who played football at USC wound up with the role of Genghis Khan in the film The Conqueror. The movie was a pet project of Wayne’s for years, and just to really emphasize how crazy the production was, it was filmed largely near the main site of US nuclear testing and was funded by Howard Hughes.

The movie was pretty much an unmitigated disaster, and not just because a white man was portraying one of the most famous Asians in history. Of the 220 cast and crew members, 91 contracted cancer, including Wayne (who would later die of the disease in 1979). At the very least though (in hindsight) even Wayne knew that it was an awful movie and that he was never in any way, shape or form the man to play Genghis Khan. He even stated that the film taught him “not to make an a** of yourself trying to play parts you’re not suited for.” Oh, if only Mickey Rooney had taken that advice, but we’ll get to that in a minute. 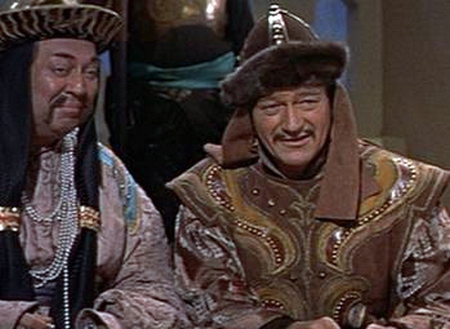 And we jump right from John Wayne to one of his co-stars from the classic western “The Searchers”, Natalie Wood. Perhaps the most famous role Natalie Wood portrayed in a career cut far too short by her untimely death in 1981 was as Maria in West Side Story, in which this daughter of Russian immigrants portrayed a Puerto Rican. Wait, what? We realize that with her dark hair and complexion she wasn’t the whitest girl on the block, but doesn’t it seem like a bit of a slap in the face not to cast an actual, you know, Puerto Rican in a role that had already been well established on Broadway?

Particularly when you consider that the woman who actually played Maria was also in the cast. And Rita Moreno, who actually is from Puerto Rico, by the way, didn’t just play the role of Maria on Broadway. She dominated it, winning a Tony for her efforts. So maybe the producers of the big screen version just figured her stage success wouldn’t translate to a movie, right? Nope, because she won an Oscar for her (other) role in the movie adaptation, becoming the first Hispanic to win one. So maybe Wood just had a better voice, right? Wrong again. Wood didn’t sing any of her own songs, but still got the part of Maria anyway. All because Hollywood just didn’t want to give the good roles to Hispanics in 1961, meaning that maybe this one wasn’t so unintentionally racist after all. 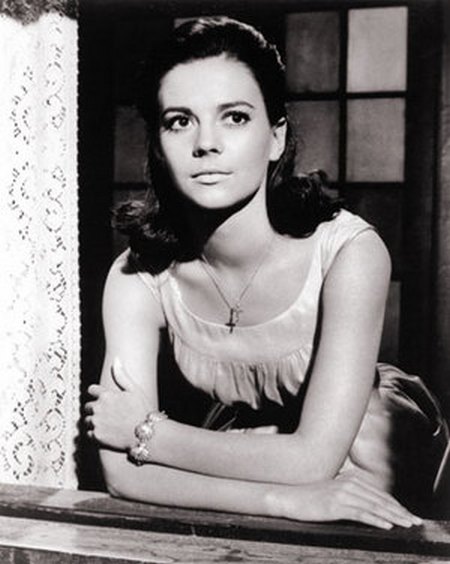 Maybe Short Circuit isn’t the greatest movie in the world, but it was sure entertaining when it came out back in 1986. Who doesn’t remember “Johnny 5 is Alive” or Steve Guttenberg back when he was actually getting work? Who can forget the timeless story of a robot who gets struck by lightning, which inexplicably brings him to “life” and sets the army hot on his trail, trying to capture or destroy him for some reason? Personally, we feel that if a good natured robot became sentient, our first thought wouldn’t be to destroy it. But then again, Terminator came out two years before Short Circuit so maybe the army guys were just paranoid.

Anyway, Johnny 5’s creator in the movie is Ben Jabituya, an Indian scientist portrayed by Fisher Stevens: very much a white man and very much from Chicago. Now if you’ve never seen Short Circuit, first of all shame on you. But anyway, think about the biggest possible caricature of an Indian man you can. You’re probably thinking of Apu from The Simpsons, right? Well now you know exactly how Fisher Stevens portrayed Ben. Seriously, the only thing that was missing was a line where he thanked Johnny 5 and invited him to come again. 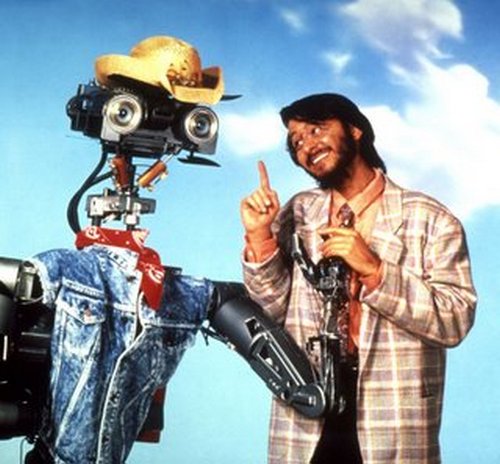