Home Home 5 Unethical Experiments Done in the Name of Science

We all know that since the dawn of time man has wanted nothing more than to get inside another person’s mind and see what kind of stuff they are thinking about. If you don’t feel this desire you’re probably not a psychologist and therefore are in serious danger of being experimented on by the government/ mad scientists and just about anyone who decides they should run an experiment. Just so you can prepare yourself here is a list of unethical experiments that could be run on you:

Thanks to sites that publish interesting lists everybody seems to know about the Stanford Prison experiment. By now anyone you ask will tell you that this was a horrible study where university students were placed in one of two conflicting groups in order to replicate the conditions inside a prison. The experiment was so bad that it had to be stopped weeks before it was supposed to end. What few people know is that the same experiment was done with twelve year old kids that didn’t even know they were in an experiment, and it was done THREE TIMES!

A group of scientists led by Carolyn Wood Sherif gathered several 11 and 12 year old boys and took them on a summer camping trip, without telling anyone that this was actually an experiment. The scientists had them divided into two groups, making sure to break apart any friendships that the boys had established previously. Once on the campgrounds the scientists encouraged the boys to call each other names and pull pranks on the other group. But don’t worry they also had planned some group-building activities at the end of the whole experiment, such as cutting the water supply and let the kids figure out how to avoid thirst.

In both of the first and second experiments the boys rebelled against the experimenters, probably realizing they were mad scientists. Of course these two experiments were not published originally; Sherif only publicized the results from the third test where the boys apparently resolved their conflicts at the end of camp. This prompted the scientists to declare this a successful experiment in conflict resolution; although the study did not monitor the boys over long periods of times to see if a summer spent in a camp where they were constantly insulted did any lasting psychological damage. 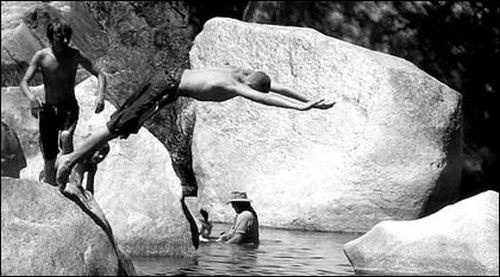 This looks like a great place to conduct a traumatizing experiment

The last study might have left you with a sliver of hope that maybe scientists didn’t run such bad experiments after all. If that is the case, please consider the case of the monster study. This is an experiment that tells you right from the title it’s going to be painful to read.

The only purpose of the experiment was to destroy the self-confidence of 11 children in hopes that psychologists could discover why stuttering happens. Even if the experiment was successful, nothing would have been gained aside from abstract knowledge; no one is interested in making more people stutter. Yet for some reason that is exactly what Iowa speech professor Wendell Johnson set out to do.

He picked out orphans, because no parent should willingly submit their kid to this kind of experiment, and over the course of six months constantly belittled everything they did. He would point out every tiny imperfection in pronunciation and every small mistake in spelling, all so that he could prove a theory that claimed stuttering was a learned behavior.

None of the children became stutterers, but several of them remained traumatized for life. Depression and loss of self-esteem were the most common problems among the 11 children that participated in the study. But at least the university sent them all an apology letter, years later after they got sued for allowing this study. 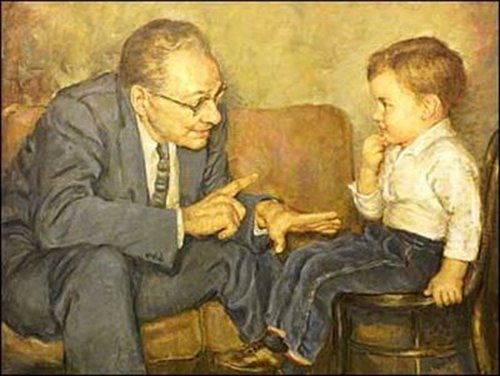 Of course the previous example is not the only case of scientists being completely insensitive towards children. John B. Watson wanted to prove that you could condition a child into becoming irrationally afraid. Why exactly this needed to be proved is not really clear, but apparently it was vital to the advancement of science.

In order to accomplish the task of scaring a child, Watson took an eleven month old baby and showed him a rat, a rabbit and several fuzzy things. Whenever little Albert tried to play with the objects he was shown a loud noise would be played in the background. This was repeated over and over again until Albert became scared of anything that was white and fuzzy including blankets and beards. In case you were wondering Albert remained terrified of old Santa Claus-looking men for the whole duration of the experiment.

Once the baby was terrified of the world around him, Watson returned him to the parents. He didn’t try to erase the results of the conditioning or monitor the child as he grew up. No one knows what happened to little Albert with several theories arguing that he ended up committing suicide. While this is probably an exaggeration, one thing is for sure: that child didn’t enjoy any Christmases for the rest of his life. 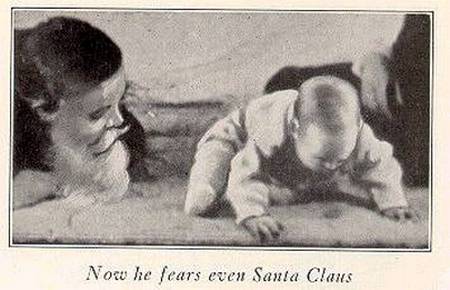