Let’s face it, about the only thing more pointless than a horrible movie based on a mediocre book is a horrible book based on a mediocre or even horrible movie. You would think that sometimes a publisher would look at an idea for a movie novelization and realize that, out of respect for the long, proud history of literature, it’s just not a good idea. Of course we fully understand that sometimes movie novelizations are intended to get children to read, and we can’t really argue with that idea. But sometimes a novelization comes along that’s just so ridiculously needless that we’d almost be willing to let our kids grow up illiterate rather than read that garbage.

High School Musical (all of them)

First of all, it’s our firm stance that the High School Musical franchise in general can be pretty much filed under the “unnecessary” heading. It’s just so bad on so many levels, and we’re just thankful we weren’t subjected to this sort of thing as kids. That being said, there’s one very key element in the movies which make it a complete and utter act of ridiculousness to translate them into book form. Can you guess what that is?

If you took a look at the title, you no doubt saw the word “musical” placed pretty prominently. Now we ask you, just how the heck can you translate a musical into a novel? Do kids really want to read about kids singing and dancing, when they can’t actually hear or see them doing it? Reading lyrics, for instance, doesn’t quite the same impact as hearing them being sung. Of course, then again, anything that keeps us from having to watch Zac Efron dance around is just aces with us. 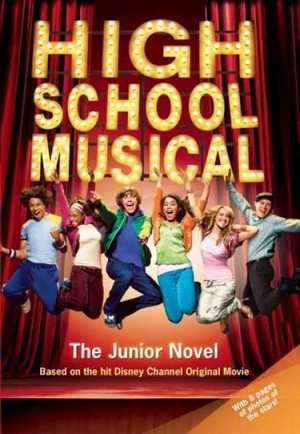 The most amazing thing about this action film starring Nic Cage being turned into a novel is that we didn’t even realize it had an actual script on which to base a book to begin with. But let’s put that aside for the moment and examine exactly what Con Air is: a ridiculously over the top, cheesy action movie with a wild assortment of random characters that, for the most part, typically wouldn’t have any business being in the same movie. And since this is a Michael Bay movie we’re talking about, they aren’t exactly well rounded.

Con Air, in other words, was one of those blockbusters we all went to for one specific purpose, and that’s the fact that it was a giant popcorn movie we didn’t have to actually think about. We could just check our brains at the door and watch things blow up for two hours. Well guess what? Reading requires you to use your brain at least a little, and there are no huge explosions. On the bright side, at least by reading the novel you don’t have to endure Cage’s ridiculous “southern” accent. 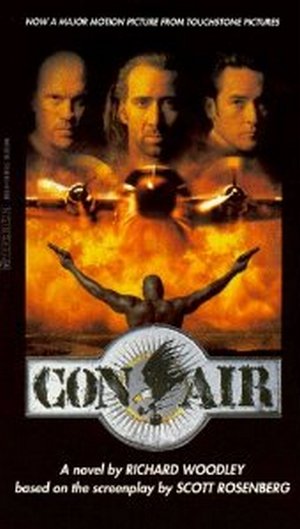 This kind of follows with the theme we’ve established with High School Musical and Con Air. The big draws to those films were of the visual and auditory nature. Well, the same pretty much applies here. Why do people go to see the Final Destination movies? It’s certainly not for the writing or acting. No, it’s to watch douchey looking teenagers get killed off in increasingly creative ways. The key, again, is seeing these things unfold on the screen.

Now raise your hand if you think it’s fun to read about all these ridiculous methods for killing teenagers in inventive ways, and having to imagine for yourself just how these events would play out. We’re not saying it’s not fun to use your imagination, but we’re going to go ahead and guess that anyone who saw the Final Destination sequels wasn’t doing so because they wanted to create these images in their own heads. Trust us, we’ve seen the kids who stand in line for the Final Destination movies. 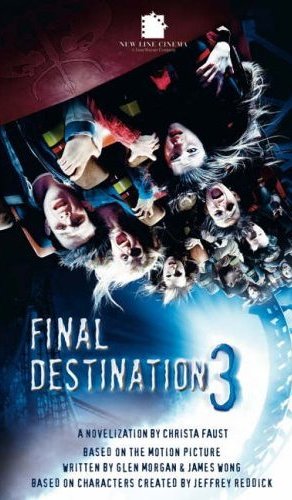 First of all, we just need to point out that there have been multiple books set within the Mortal Kombat universe. That’s a little ridiculous, but hey, what glorified fan fiction isn’t, when you get right down to it? Perhaps the most ridiculous part here is the simple fact that this particular book is actually two steps away from the source material, and follows the storyline of one of the most absurdly awful video game movies ever put on screen.

Look, if you grew up in the 1990’s, you grew up on Mortal Kombat. If you’re like us, you loved ripping out spines and figuring out the other assorted grotesque finishing moves. But the joy there was actually doing it yourself, with a Sega controller in your hands, fully humiliating your opponent who for some reason always chose to play as Johnny Cage despite the fact that Rayden, Scorpion and Sub-Zero were all infinitely cooler. The bottom line is that at some point someone thought that not only would it be wise to make a terrible movie that’s nowhere near as fun as the game, but to then churn out an even worse book that, frankly, serves no other purpose than to make you hate your formerly favorite game? 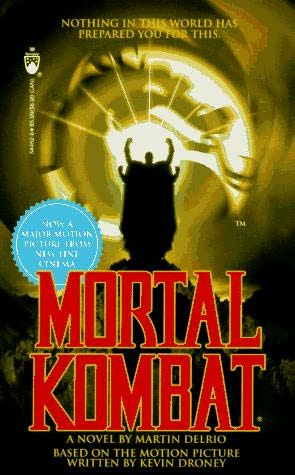 One of the biggest problems with this book, other than the fact that it exists, is that it, like High School Musical, is driven by, you know, music. And as we pointed out earlier, it’s awfully difficult to write a book that can’t incorporate the very thing the source material was most famous for. Of course, maybe we’re wrong. After all, the book description claims this is a “must have” novel. Well, that settles it. Product descriptions never lie. Now if you’ll excuse us, we’ve got a book to buy. 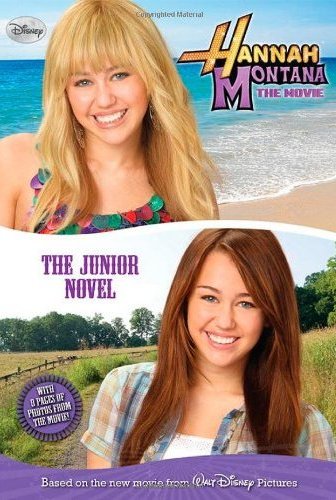